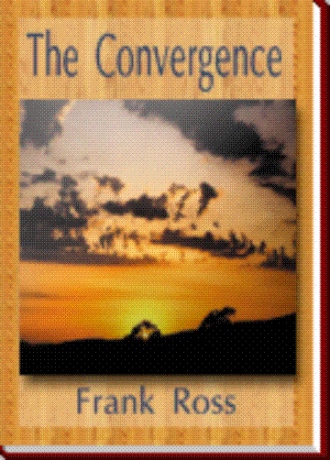 In Spanish, Patti telepathically communicated back to him; 'Si, Tio, te ayudo' (Yes, Uncle, I will help you).

Mija, I have great fear. I've been searching for the Light, but the demons of hell are tormenting me.' (Bene)

She could tell by the frantic tone of his response that he was in terror. Her first thought was to calm him down and regain his trust. She told him that she loved him very much - unconditionally - and that she would provide whatever assistance was necessary. They would get to the Light and they would do it together. Bene told her that he also loved her very much, but that he was so afraid - he could not overcome the demons alone.

Patti wondered to herself what 'the demons of hell' were and why they had chosen to torment poor Bene. She felt he had already endured enough suffering for many lifetimes. As she pondered this irony, suddenly the answer appeared in her mind. Where the thoughts came from she did not know, but the jest of the information revealed that these 'demons' were immoral souls who had themselves been trapped in a hellish spiritual plane from which they could not escape. Though this concept made little sense to her, she gathered that Bene was to be the next inductee into their evil assemblage.

'I will help you Bene. Grandma has shown me the way to the other side of the darkness. But first, can you tell me what happened at the hospital? Why did you die?' (Patti)

'They let me die because they didn't want to bother with me anymore. Nobody at the mental hospital cared about me. I kept getting sicker and sicker, but no one really noticed. I was left to be by myself, to wander on my own for the last few months. They were tired of me and my attitude. I was a problem for them and they needed me out of the way to make room for the many people on their waiting list.' (Bene)

Patti had suspected that this was the case but she wanted to hear it from him. She remembered the last conversation she had with the hospital administrator. His primary concern was that all Bene's affairs be put in order including arrangements for his burial. At the time this seemed a bit odd since Bene was in good health for a man his age. She suspected that the problem was that Bene did not like being there and wanted to be back on the 'rancho' where he had always been free to roam the community at will. The situation was made worse because Bene was a large man for his Hispanic background and he was very difficult for the nurses to control. Patti did not dwell on the ramifications of Bene's statement because deep in her heart she felt that Bene had suffered enough during his life and that he would be better off if she could escort him to the Light so that he could be with Grandma again. 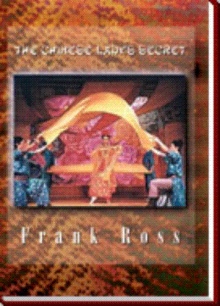 The Convergence is an autobiographical work the traces the spiritual development of two people, Frank and Patti Ross. It relates a story covering over thirty years of their life, but it is not just their autobiography. Rather, it is a hypothesis for the meaning for our existence and the route which mankind's development has taken. From the microscopic basis of their experiences unfolds a macroscopic view of the world in which we reside.

The Convergence is exactly as the title implies. A culmination of life experiences and research that provides the evidence that supports the startling hypothesis. The most difficult aspect of this work is finding a means to categorize it. It is at once a story, a technical review of varying existing literary works, and a challenge to the mind of the reader. Written in easily read prose, it allows the reader to experience the same level of wonder that has taken the author hundreds of hours to experience through research and life experiences.

Frank Cole Ross is a well-educated professional with over twenty years of formal education and over twenty years service to manufacturing organizations. He is a Professional Engineer with a Bachelor's Degree in Electrical Engineering, he has a Master Degree in Business Administration, and he has recently passed the exam to become a Certified Public Accountant. He spent the years of 1995 and 1996 in the less developed areas of China where his volume of experiences will likely fill another book. He has been married to Patricia for almost twenty-four years and they have two children ages nine and six.