A Remembrance of Alfredo Salmaggi and His Legacy 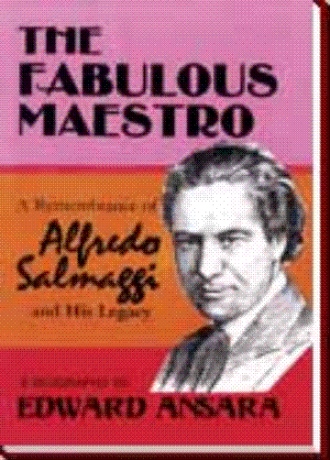 Shortly after Alfredo and Elvira were married in Boston, the young groom suggested, "I think we should move to Schenectady, New York."

"Why do you want to leave Boston? You have a position here with The Boston Opera Company and my brothers are here?"

"I don't know if conducting is what I want to end up doing. I'd like to try different things before I settle on one thing. I understand they need voice teachers in Schenectady and I'd like to try teaching voice for a while. I think it's a good opportunity."

Although slightly disappointed in having to leave her brothers, the diminutive, blue-eyed new signora looked adoringly up at her tall, handsome husband and said, "Caro, Alfredo, if you think there's more opportunity for you there, I am with you. Andiamo" (let's go).

And so they moved to Schenectady and he put out his shingle and let it be known that there was a new singing teacher in town.

About 10 months after they were married, the first of their surviving children was born: Lina, a bella piccola bambina, the first of what was destined to be a large, artistic Italian-American family. After all, Alfredo and Elvira had both been born and brought up in Roman Catholic Italy and its European customs and family traditions and were destined to propagate the faith and populate this planet. Aside from the strong physical attraction for one another, Alfredo and Elvira had something else in common: she, too, was quite a skilled pianist.

Musically, teaching voice was just one thing of many that he could do. He was also proficient on several instruments. But aside from that something else was stirring inside him that he couldn't quite understand. Not at this point in time anyway. He just didn't seem fulfilled.

Whether it was this uneasiness or a lack of students, Alfredo decided that he must be in or close to New York City. That's where most of the musical action was in the United States.

The Metropolitan Opera was there plus the leading operatic agents and managers. If you wanted to succeed, the young Italian thought, you have to be where the action is.

The new bride with the infant daughter just shook her head and smiled when confronted with the news. "All right, amore. Whatever you say. But we were just getting used to living here and starting to make friends. You are almost like an Army man, moving from place to place. Is this what I can expect in the years ahead?"

"No, cara. I promise you that someday we'll have our own home and settle down for a good long while, but right now I must find out what's best for me and what makes me happy. If we're near or in New York City I might seriously try for a career in opera."

"I wish you would. You have a beautiful voice and all your studying should not go to waste."

"I know you are right but I wonder sometime if my voice is heavy enough for an operatic career. It's a nice lyric tenor but when you compare it to Caruso, I don't know."

"But you must remember that there is hardly another tenor alive that can compete with Caruso."

"I suppose you are right. When we get to New York, I'm going to look him up. One Italian tenor to another."

"That's a good idea. I suppose it's time for me to say andiamo again."

Shortly after that they moved to Manhattan where Alfredo opened up another vocal studio and on August 12, 1912, their first son was born and they named him Felix, after Alfredo's father, Felice.

It has almost become a cliché to quote the inscription under The Statue of Liberty, "...your huddled masses..." but the fact remains that hordes of foreigners emigrated to the United States around the turn of The Twentieth Century and during the early 1900s and very few came equipped with the language of America: English. So it was a natural thing for the Italians to huddle together just as it was for all the other nationalities to want to be with someone they understood and whom they could understand. Consequently, we ended up with sections called Little Italy, Little Tokyo and so on.

This being the case, it was inevitable that the Salmaggi family would eventually end up living in Brooklyn, since there was such a large population of Italians there. Although Alfredo didn't realize it at the time, there was also a large potential audience there for what he was destined to do later.

Brooklyn was also very accessible to Manhattan, so the next move was to 755 Union Street in Brooklyn, where number two son, Guido, was born on July 22, 1916. But before Guido, came Fedora, the first of the two that didn't survive beyond early childhood.

By this time, Alfredo had met and befriended the primo tenore in the world, Enrico Caruso, in New York. He approached his new friend soon after Guido was born. "Enrico, I wonder if you'll do me the honor of being my newborn son's Godfather?"

"Alfredo, mi amico, I would be honored," said Caruso.

While they were dipping baby Guido's head in the water at the Christening, the baby gave out a loud, high pitched wail and didn't stop bawling until the ceremony was over. The grownups all looked at each other and smiled and Elvira tried to assuage the baby boy. "Shhh, silenzio, caro. Basta." 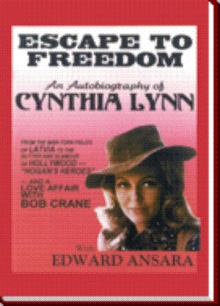 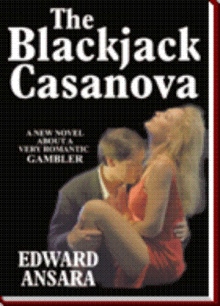 Although anyone will enjoy reading this book because Alfredo Salmaggi was a character larger than life and operated in, to some way of thinking, a very unorthodox manner. He had many public relations tricks up his sleeve and never missed an opportunity for publicity.

Throughout his life he really had three goals. To keep food on the table and support his large family, to bring opera to the masses at very reasonable prices, and to provide a venue for young American singers to gain experience before they moved on to The New York City Opera or the Metropolitan. This experience was invaluable in that they worked with seasoned artists from the Metropolitan or European Opera houses.

For any serious student of opera, this book is a must. Alfredo Salmaggi made a great contribution to Opera in America during the 20th Century and should be lauded for it, not condemned. True, often his productions featured tacky scenery and costumes but it was the only way he could keep the cost down to make it affordable to the masses that couldn’t afford to go to the Metropolitan Opera. Tacky or not, the young singer could get a role on its feet. It was somewhere to gain experience on the way up.

Twenty two years before the Met had Marian Anderson make her debut as Ulrica in "The Masked Ball," The Maestro had a black soprano, Caterina Jarboro debut in the role of Aida at The Hippodrome.

In 1932 he produced "Aida" in Soldier Field in Chicago to an audience of 45,000 people. This was unheard of in those days. Rock and roll and the Three Tenors were still far in the future.

Enrico Caruso, considered the greatest tenor of the 20th Century, was a personal friend of Alfredo and the Godfather to one of The Maestro’s sons: Guido. At Guido’s christening, the baby was making such a racket that Caruso predicted "This boy will be a tenor." His prediction came true. Although Alfredo objected to any of his children taking up singing as a profession, Guido made his debut with his father’s company at The Hippodrome in "La Traviata." Guido was only 21 years of age.

Although his work covered a large repertoire of opera, his favorite seemed to be "Aida" and he used many famous sports figures in The Triumphal March. One example: he advertised "Johnson in Aida" on the marquee of The Hippodrome. The public could have mistakenly thought Johnson (who was manager of the Met at that time) was going to sing the tenor part. No, it was Jack Johnson, the heavyweight boxing champion of the world, appearing in the Triumphal March.

One could go on and on about the people he gave a start to or influenced such as Jose Greco, Richard Tucker, Bruna Castagna, Anton Coppola, and Anne Jeffreys, who met Kurt Weill through a performance for Salmaggi which led to a career on Broadway. If you were told everything, you wouldn’t have to read the book. READ THE BOOK! PLEASE.

Ed started out in radio at 15 years of age. He had his own show consisting of pop tunes for three years then a conductor heard him sing and introduced him to Madame Wakefield, where his serious study of opera began. After four years, his study was interrupted by World War II. He was inducted as a private and came out a captain. Commissioned in the Infantry, he ended up in Special Services stationed in Cairo, Egypt. During the war, he wrote, produced, and appeared in many shows for the Army. Years later, he retired as a lieutenant colonel.

After spending four years at and graduating from Juilliard, during which time, he sang with the Robert Shaw Chorale in several Toscanini concerts in Carnegie Hall. These concerts were broadcast over NBC and recorded by RCA.

After Juilliard, he wrote, produced and directed shows for conventions in Atlantic City, then joined the famous Revelers Quartet, appearing at the Palace in New York City, a concert at the White House, and concertizing in over 150 cities across the U.S. They also recorded for Urania Records. Ed has also appeared with secondary companies in leading operatic roles on both coasts.

As an actor he has appeared on stage in New York and Hollywood and in several motion pictures such as Black Sunday and Fun With Dick and Jane, etc.--Television series: Hard Copy, a recurring role on General Hospital, The A-Team, etc. and in many commercials: Bud Light, AT&T, Sprite, Kenner Toys, Meineke Mufflers, A & W Root Beer, etc.

He is also a commercial artist/letterer and was associated with the sign business for about 50 years. He established, owned and operated SUPERIOR SIGN STUDIOS in Hollywood from 1969 to 1988 and most of his work was show business related: Motion Pictures and Commercials.