"Deja Who?" And "Terror Beneath Us" 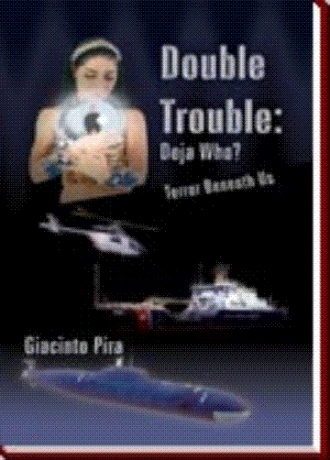 Back at the Parlor, Madame Rosa intensely stares at her crystal ball - appearing concerned.  "Hmm...," she murmurs.

In the B-17 cockpit, Delaney pulls the throttles back on his engines.  The sound of engine revolutions decreasing is heard.  He climbs out of the left hand pilot's seat, and heads for the rear cabin area of the aircraft.  Once there, Delaney picks his parachute up off of the floor, and straps it on.  He then heads for the cabin door, and opens it.  Air rushes in, and blows around the inside of the cabin.  Delaney then looks up saying, "Good-bye, Madame Rosa."  With that said, Delaney then jumps out of the airplane.

Back at the Parlor, Madame Rosa rubs the crystal ball firmly with her hands - desperately saying, "Weev-Et-Egnak--Weev-Et-Egnak!!"  She then pulls her hands away from the crystal ball.  Looking in it, she can see that within the center of the cloudy, swirling mist is Delaney's B-17 bomber diving into a city block.  The Madame Rosa's Psychic Phenomenon Shop is at the center of it.  Madame Rosa, now both frightened and angry - looks up, raises her arms, clenches her fists, and squints her eyes yelling, "Nnnoooooooo!!"  In the crystal ball, Delaney's bomber is visible, crashing into the Madame Rosa Psychic Phenomenon shop with a terrible explosion.  Flames are everywhere.  Then, a flash of white light.

Above the waterline, the U.S.S. Virginia slices - with grinding metal noises - half way into the garbage barge.  It then slowly comes to a stop.  Trash from the barge has flown everywhere!

Seconds later -  near the garbage barge -  two broken halves of Terrorist Submarine #3 float to the surface of the water!  Debris comes up all around it, mingling in with trash from the garbage barge.

Back inside the Port Authority Helicopter, Mike and Carol stare down at the chaos through their binoculars.

Carol does not comment on what Mike just said, but she tells their Pilot, "Take her down!  Some people are coming up outta there."

The Port Authority Helicopter swoops down out of the sky.  It approaches the area of wreckage.

At the garbage barge, the U.S.S. Virginia slowly backs out pulling away from the garbage barge with a metal grinding noise.  Once clear of the barge, the U.S.S. Virginia's bow appears a bit mangled.  Four surviving crew members and several other bodies from the crew of the wrecked Terrorist Submarine #3 float to the surface of the water.  They scramble to stay alive. 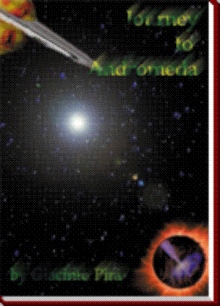 Giacinto Pira, born and raised in Brooklyn, New York is active in the field of Aviation/Aerospace, and has penned the Science Fiction Novel, Journey to Andromeda ISBN# 158500135X, published through 1stbooks.com which is available there or wherever books are sold.  He has also written and published two Online articles, "To Write or Not to Write" and "A New Resource for Online Book Readers & Writers is Here!" through "Themestream.com".

This book is dedicated to my wife, Serena, who's help and support I cannot do without...