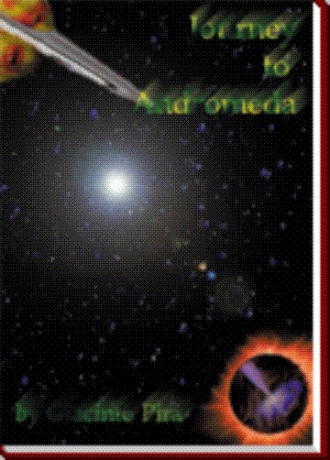 The volcano starts to rumble, stopping Sedah dead in his tracks. The shit eating grin which was not seen by the crew behind him is no longer on his face. Sedah is now scared to the point of tears. He starts to tremble, whimpering, 'No longer possible.' He then looks up to the sky, shouting in a deep, loud, exasperated voice that no longer trills, 'Damn, you!!'

Parker, Dutra and Stevens look at each other appearing flustered. The ground shakes. Then, Parker grabs Sedah's arm from behind saying, 'Just what the hell is going on here? And this time, save the riddles!'

Sedah turns around with tears still in his eyes. His face appearing more human than alien. A shocked Parker immediately releases him and stands back as Sedah's form starts to lose solidity. Dutra and Stevens stand back appearing startled. They draw their guns, aiming them at Sedah as his silvery-green color washes out to red. He then bellows at the humans in a deep, loud, ominous, human voice; in perfect english, angrily saying, 'You are indeed the most ignorant of all Creation, for even a dog can sense danger! You're all in Hell and don't even know it! My time has ended!'

Sedah points towards the volcano's location saying, 'Behold! The Lake of Fire emerges!' He then lets out a roar of nervous laughter, charging at Parker at the same time. Dutra and Stevens shoot Sedah repeatedly, but the energy bolts just seem to be absorbed by his body. Sedah grabs arker, roaring at -where within the alien city. It is consumed as Sedah, who is hit by some of the flying flames, catches on fire. He screams in agony with a deep, loud, beast-like roar as a flash of white light blinds everyone. A great wind kicks up sand all around them. When the disturbance settles down, Sedah along with all evidence of alien culture is gone. Even the volcano is gone. A mountain is in its place. The sky is dark except for a small, intense light in the distance. It is the only source of Light.

Parker, Dutra and Stevens, baffled and frightened by what's happened, quickly get up and run for their ship, seen glimmering in the distance.

As they go, Parker whips out his portable transceiver in an attempt to contact the ship. After turning it on, he shuts it off almost immediately for the static is so thick, any attempt at communicating would be futile. With the frightened three still running for their lives, Parker reholsters the transceiver onto his equipment belt and concentrates all his energy to his legs. 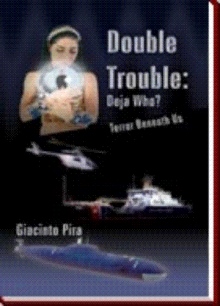 Explore humanity's futuristic attempt to control destiny, at all costs, in a time that is plagued by individuals having no scruples when it comes to getting their way, especially when commanding the technology to quite possibly achieve it.

It is now the Twenty-Sixth Century. Although humanity has overcome the average, everyday problems associated with life on Earth and abroad, some annoyances still remain.

'Abnormal' human behavior, including racial and religious prejudices, are controlled by the oppressive World Government, but are still a part of the human condition. Mankind's environment has changed, but the human heart has not.

Space travel is widespread and common-place throughout the Milky Way Galaxy. Numerous habitable and adaptable planets are populated with humans from Earth. Great efforts had been undertaken to find alien life, but the only ones found were the beasts within humans.

Giacinto Pira, born and raised in Brooklyn, New York, was always interested in airplanes and reading about/watching Science Fiction in particular, as well as other genres on television and in the movies. After studying drama in high school, he decided to temporarily put aside his interests in the arts and concentrate his learning energies in the Aviation/Aerospace field and attended an aviation college to do it. After which, he entered commercial aviation, later transferred to Southern California and has worked various airline jobs, up to and including aircraft inspector. After some time at that, he decided to pick up on the other art he so very much loved and drove forward to improve the quality of Science Fiction (among other genres) already out there, by writing his own, which is now available for your enjoyment.

In memory of Angelo Pira, devoted and very much loved father of the author.