Breath of the Dragon 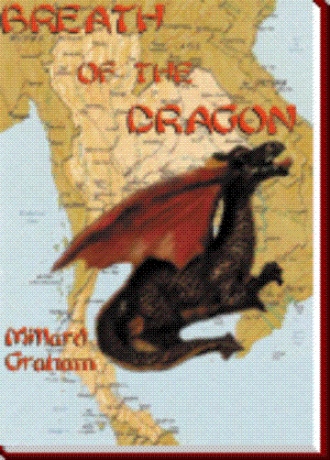 The black Mercedes drifted to the side of the mid-morning crush of Singapore traffic and turned into the grounds of the Raffles Hotel. Before Colonel Alexis Sergeio could reach the door handle, a stately liveried doorman had performed his duty and the Russian KGB officer stepped out of the car.

Conspicuously bland appearance was the only feature that could be described as average concerning this man, trained at the infamous Spetsnaz facility in his homeland. The colonel had enjoyed a meteoric rise to his current rank and position as Special Commander of all Spetsnaz units in the Asian Theater. He carried with him a reputation matched by none of his peers. A reputation of cold-blooded indifference to any other individual, friend or foe. Several of his subordinates had disappeared after their operations had gone awry. To all outward appearances, this impeccably dressed gentleman was simply a visiting businessman. As such, he did not attract the attention of the passing hotel guests.

He approached the desk clerk and asked for the room number of Marty Johnson, then quickly stepped to a house phone.

'Vladimir, this is Alexis. Meet me in the Courtyard Restaurant' was the only statement he made and hung up the phone. He then made his way to the Courtyard to await the arrival of Kromar.

This is the second book in the Clayton Gray series and finds Gray and Novak continuing their pursuit of the CIA double agent Marty Johnson, aka, Vladimir Kromar, through the streets of Singapore and Saigon to the jungle camp of Khun Wa, the Dragon of Death, in Cambodia. Khun Wa is still determined to exact payment from Gray and Novak for the destruction of the Soppone drug center in Laos and enlists the aid of Colonel Alexis Sergeio, Commander of the KGB Spetsnaz forces in Southeast Asia.

Gray and Novak again find that their former operatives in Saigon have the necessary information as to the location of Kromar. They travel the jungle trails and find the drug lair and in the ensuing action destroy the plantation and get away with the drugs aboard an airplane of Khun Wa's. Their return to the safety of Bangkok and the arms of their women is marred by reprisials taken by Colonel Sergeio against the women. Their next adventure centers on the rescue of the women and capture of the renegade Colonel Sergeio.

The author took great pains to capture the atmosphere of the jungle that covers Cambodia. I spent many hours flying and landing at sites that resemble the main objective in this book. The characters are a continuation of the persona from his first book, LAOTIAN PAWN, that invites the reader to join the action as they pursue their quarry.

The author continues to display a working knowledge of the super secret KGB Spetsnaz Commando units as he did in his first book. Thrilling reading.

Millard Graham, (Bruce Graham), was a career officer in the USAF. He served multiple tours in Southeast Asia as well as the Middle East. He held positions as Plans and Operations Officer, Hdqs. MACV/SOG, Flight Instructor, and Squadron Commander in other commands. Since his retirement from military life he has served as City Manager, and held Executive level positions in both the Engineering and Aerospace industries. He holds a bachelor and masters degree from Central Michigan University in Industrial Engineering Management. He currently resides in North Georgia where he is writing the Clayton Gray series.