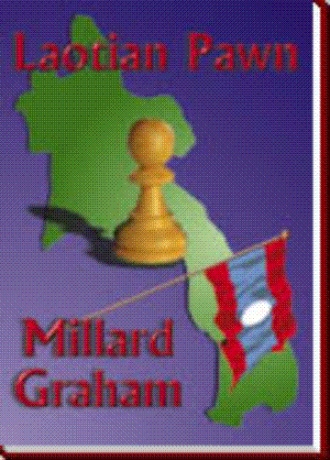 activate our oxygen bottles at the three minute warning. That'll take us down to approximately 25,000 feet, and we can take off the masks at 12,000 feet. Dick, you have the Springfield .03 and sniper scope. Sergeant Minh, you'll take the M-60. Ho and Diem will carry M60 ammo, and I'll take the other M60. Once we are established in our descent and identify the DZ, it should have us heading approximately 190 degrees. Be sure to check around for the tape on everybody's helmet and make sure no one has a problem. As you know, we're traveling fairly light, with mostly ammo and food. I have a resupply bundle being dropped on Friday the 22nd. It'll have more food and ammo. I want Minh to pass all his gear to the five of us except for the bare minimum while he goes to the Landing Zone for recon. We should be on the ground by 0230. We'll get out of our thermal underwear and chutes and pack them in the A-3 bags we carry. As soon as we clear the DZ we'll head for the ridge. I want to be out of there by 0250. With no holdups we should be on the ridge overlooking the camp no later than 0700. We'll set up perimeter security, rest, and start our recon of the camp. We'll have one person at all times covering the camp.'

Dick interrupted, 'If we get held up do we still try

chute, and covered his face with his forearms just before he felt his feet penetrate the treetops. He continued through the top branches and bumped from limb to limb, crashing downward. 'Goddamn, Novak,' he muttered, 'keep those feet tight together, or you'll play hell pleasuring some tight little Thai gal next week.' He felt the searing heat of pain in his left forearm when one of the branches broken by his feet flipped back and tore into his flesh. There was a spongy little bounce, and he jerked to a sudden stop of downward motion and started a slow crazy little spiral dance.

After a minute or two the bouncing and spinning stopped. He listened for any sounds of human activity nearby. Slowly he removed his goggles and helmet and peered through the black night. The moon did not illuminate beneath the dense tree coverage. After a few minutes he decided he was alone. There was no imminent danger from the ground. Above him he could see the olive drab canopy securely held by the tree branches. There was no danger of it coming free, but it could tear and give way.

'Okay, asshole,' Novak told himself, 'you've got to get down now.'

'Laotian Pawn,' is the first book in the 'Clayton Gray' series. Lt. Col. Clayton Gray wants to retire and leave the world of covert action to the younger generation. But an old associate at the CIA wants him for one last mission - a mission marked with treachery and deception, leading from Michigan to the steamy jungles of Laos. Gray and his team will attempt to rescue several American and Vietnamese POWs from a brutal labor camp deep in the bush. Constant betrayals demand lightening quick adjustments as Gray's team loses time and with it, possibly their lives.

Millard Graham served in the United States Air Force including three tours in Southeast Asia and the Middle East. He held posts as Plans and Operations Officer, Headquarters MACV-SOG, Flight Instructor, and Squadron Commander. Since retiring from the military, Graham has held high positions in city management, engineering, and the aerospace industry. Graham graduated from Central Michigan University with degrees in engineering and industrial management. He currently resides in northern Georgia.