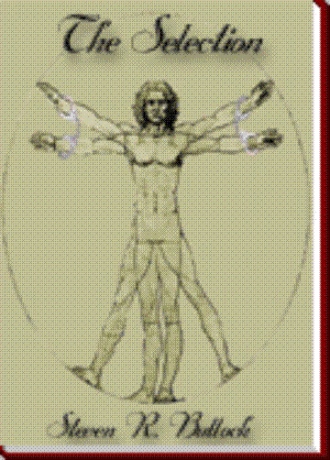 They've never had wives. Between them, they have the no account shack they live in, two acres of vegetables and dirt, a longbed pickup, one of those small bulldozers, and three shotguns made by a man who lives up on White Mountain. Let's see what else. Sometimes, if my mother, the one who got you all to come up here and listen about the miracle, if she ain't... isn't looking, they got a cooler full of beer. Oh, and all their camera stuff. But that's about it. No wives. No way. No women period. Not up there. They live in that house with nothing but a few sticks of rotting furniture, the one bed, and those photo albums. And they generally don't allow another living person to cross their threshold. You can remember later that I did say 'living.'

There's no way they could have wives. Ronald, the older one, he's never spoken to a woman in his whole life except his momma. And that couldn't have been more than twice, three times at the most. You can't blame him for it, not if you're from around here. If you'd ever seen that woman, their momma, you'd understand why he's so quiet. Ophelia, that was her name, Ophelia Butts before she got married. She's dead now. What? Oh. She got the fervor one night from my mother and died from a snakebite she got during the church service. But everyone still gets a hoot out of that name. Ophelia Butts.

What's really amazing, though, is this: Ophelia not only found a man to marry her, but to... well, you know, do it with her. Procreate, as Dr. Casey would say, and at least twice. Now my mother here preaches that there's somebody for everybody on this earth. That that's God's way. But that's my mother talking. I don't believe it. After Ophelia, my theory is just that men will do it with anybody. Shoot, with anything. Women to sheep to melons and all the way down to Ophelia. And I think I'm the one who's right. Because it's what happened.

I mean, look it, that ugly woman, that Ophelia Butts, that was the first female face Ronald opened his innocent baby's eyes to. And Lord have mercy, as my mom would say, that kind of thing, coming so early in life the way it did, that can scar a person. Take Ronald. After his neonatal trauma (Those're some more of Dr. Casey's words. I've been trying to learn how to talk more like him instead of these people that live around here.), after that, when little Ronald ever even saw a girl, any girl, it didn't matter what she looked like, he'd run away, hide under the house, hide out in the woods somewhere. You couldn't get him to come back for nothing, not even ice cream. The girl could even be pretty, with a ponytail and a clean white dress or whatever, but Ronald knew even as a little kid what most people don't know until they're full-grown. He knew how bad things can turn out. He knew that noses can grow. Warts can sprout. A tooth can snaggle. I know this myself. I know that people can change for the better or worse. Sometimes on their own. Sometimes because things happen and it makes them. Just look at me, for example. Okay. My mother thinks I'm getting off the track but I'm not. But I don't mind if you all sit down. This is going to take a minute. First off, I've got to tell you that things have changed around here over the years. That's part of the story, too. What I mean is that Arjay's gotten older and poorer. If you ain't noticed, the whole town is falling down. You got to keep an eye out while you're here or something might fall on your head. And nobody does anything about it. Nobody cares about this town anymore. Ain't it...Isn't it obvious? It started back when all the strip mines shut down. Those people paid us to dig their pits in the ground all over the place until they got their money out and then they just walked away. Now hardly anybody's got a job and you've got to watch where you walk out there or you'll fall in some hole. I should know.

Anyway, the brothers, just like this town, they've changed. They've grown up. These days, when Ronald sees a woman, he don't... he doesn't run away like he used to. He's got himself a whole new strategy. By this I mean he lets his little brother do the talking. Which works out pretty well for everybody because Donald, he was always the better talker, always better at acting like he could get along in the world, like he was normal. Some people, even people who should know better, believe he's for real. But Donald is Ophelia Butts' son, too, and he isn't a normal person, either. He's not even close. You'll see. 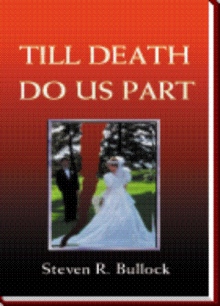 'To hear the voice of God, you have to listen.'

Jenny Alder's life has been transformed by a miracle. Prompted by her mother, the troubled teenager from Arjay, Kentucky tells the story of Dr. Peter Casey, beginning twenty years before. Bored and lonely the night before his interview for medical school, Peter goes out and gets arrested. His career is over before it starts. But on his way to jail Peter is saved. A man he's never met takes his place.

Twenty years later, Peter Casey is a prominent Knoxville plastic surgeon with a loving family, a large bank account, two nice houses and a mistress he isn't sure what to do with. Then one night while making hospital rounds, he sees a breaking news report on a patient's television. Jenny Alder has been arrested for the brutal murder of a store clerk. The very next day the man from his past shows up in Peter's office. It's Peter's turn, he says, to do unto others. And the other is Jenny. And what Peter does is a miracle.

Steven Bullock is originally from Knoxville, Tennessee. He was educated as a physician. He recently moved to Southern California and is working on his sixth novel.