North of the Heart 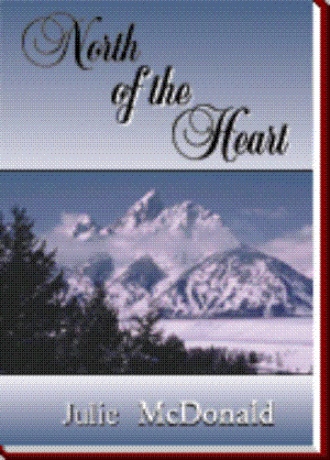 Frue Rasmussen said she would recognize the signs of the crisis, and she did, but there was little she could do. Mel DeVito died in the brightness of midnight a week after his fall into the crevasse.

I wept for him, and there was little time for even that because Stig insisted we be packed and ready for the departure of the M/S Frederica which had entered the harbor during the death vigil.

As we were leaving for the quay, Jimmy Manzoni came running after us, highly agitated.
'Brand! Wait! You gotta help me!'
'What do you need?' Stig asked.
'I gotta take that boy home to his folks, and they say they ain't got no embalmers here. What do I do?'

Stig stopped and set down the cases he was carrying. He rubbed his beard while he pondered. Such a question was beyond me, and I had no hope of Stig being able to solve the problem either, but much to my amazement, I heard him try.

'In the olden days, they shipped corpses in hogsheads of wine. It preserved them quite well, I remember reading.'
'They got that much wine in this place?'
'Perhaps not, but imiak should have the same effect. Hr. Bech may have a receptacle at the halibut cannery, and I'm sure there's enough malt extract, brewers' yeast, sugar and hops to make the brew.'

'But who would do that for me? And won't it take a long time?'
Frue Kjaer will help you, I'm sure. The process takes five hours.'
Manzoni pumped Stig's hand. 'Thanks, Buddy, I'll never forget what you've done for me! But why the hell can't it be Vern? He'd think he'd died and gone to heaven--floatin' in all that beer.'

As we went on, I shook my head and said, 'I really can't believe what I just heard. It's horrible to think of poor Mel sloshing around in a barrel!'
'Poor Mel won't care, and at least he won't rot in transit.'
The barge was waiting for us and our gear, and when we left it to board the Frederica, I looked back at the rooftop sheltering the brewing operation that would start Mel on his long journey home. When Vern heard about it, would he ever touch imiak again? I wasn't sure I would

We were subdued at dinner that night out of respect to Mel, and as we ate our sagosuppe flavored with rum, I said, 'I'd like to get off at Egedesminde and find that doctor who might have saved him. I'd stamp on his foot and call him a murderer.'

Reasonable as always, Stig said, 'Perhaps he went there to save another life. He had no way of knowing Mel would throw himself down a crevasse and catch pneumonia.'

'Oh, you're so tolerant that you make me sick!'. 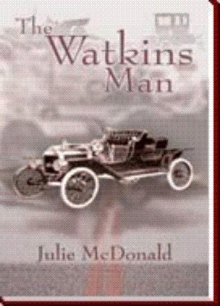 North of the Heart is the story of Alexandra Lund, a young Danish woman who is enjoying the bohemian life in Copenhagen at the dawn of the Roaring Twenties when she attends a press conference with a journalist friend and meets Stig Brand, a Polar adventurer who has come home to celebrate the proclamation of Greenland as Danish territory. They fall in love, he proposes, and although her family objects, she sails for Greenland with him three days after their meeting. They are married by the ship's captain.

Before they can head for his home far to the north, he must guide an American film crew on an expedition to make a documentary, and Alexandra goes along. A young man in the American party falls into a crevasse, and Stig rescues him, but he later dies of pneumonia. Because there are no embalmers in Greenland, the body is shipped home in a cask of imiak (Eskimo beer), which is a preservative.

This is just one example of the culture shock Alexandra experiences. In this remote land where the mail comes once a year children play the 'breathless game' and sometimes strangle themselves with the cords of their parkas, chanting shamans called angagoks go into trances and discover hidden secrets, the perpetual darkness of winter can cause a condition of raging despair called perlerorneq, and a favorite dessert is cloudberries in a mixture of seal oil and chewed caribou tallow beaten like whipped cream.

This icy and primitive land challenges the passion Alexandra feels for her husband, and she sometimes wonders if this cold and dangerous place is north of the heart, but she fights the temptation to believe it. Stig injures his arm first and then his leg, and they return to Denmark to seek medical help. After the amputation of his leg, Stig is resigned to staying in Denmark, but Alexandra now feels the pull of Greenland, and they return to a place which they know is not north of the heart.

Julie McDonald has published ten novels, including two back-of-the-book novels in Redbook Magazine, and her pure Danish ancestry inspired the choice of Scandinavian subjects for half of them.

She is a graduate of the University of Iowa and attended the Iowa Writers Workshop. A working journalist (feature writer and columnist), she also is a lecturer in journalism at St. Ambrose University and has taught in the Iowa Summer Writing Festival. She is a former chair of the Iowa Arts Council and a long-time participant in its Writers-in-the-Schools/Communities program.

She lives in Davenport, Iowa, with her attorney husband and a Scottish Deerhound named Lochinvar.