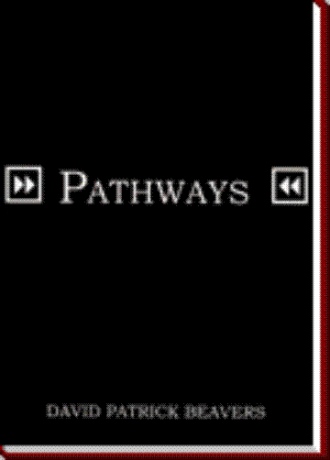 The tiny apartment was crowded with a very eclectic mix of people ranging in age from fourteen to twenty five. Vince, Lisa's boyfriend and the host of the gathering, was only seventeen, but looked twenty seven. He was already stoned by the time they arrived. Jon hung with Claire for a time, catching up on the past three years. She'd always been a quiet type. Now she was a quiet stoner given over to the malaise of modern youth. Retro music bled over the sea of bodies distorting conversations. He felt both comfortable and uncomfortable. Comfortable because he was with other kids who were often labeled as odd by more yuppified peers. Comfortable because no one seemed to expect him to put on some sort of show. There were others just lounging, quietly staring into space, listening to voices in their heads. Mellow.

Uncomfortable because they all seemed to share some common thread he felt he was missing. Claire told him they spent their weekends shifting from underground party to underground party. When there was nothing going on, they got together at various addresses to hang and zone out. He didn't like drugs or drinking. Mickey drank. Mickey smoked pot now and then. They always made his dad crazy and made his mom miserable.

Claire got up to go use the bathroom. Ivan fell into her vacated space, asking Jon, through beer slurred speech, if he had a cigarette. When Jon said no, Ivan snorted a disgusted laugh, peeled himself off the couch and staggered away through the crowd. Through the dense haze of pot and cigarette smoke, Jon made out Claire, pressed against the wall and making out with some gnarly looking dude with blond dread locks. He did and didn't understand it. She was lonely. Okay. That didn't mean she had to submit to finding companionship with some stranger. It was a temporary cure. For the moment. Everything, he then realized, that these kids did was for the moment. In Claire and her zombied man, there pressed against the wall, he saw reflections of his mom and dad. He'd seen them once, when he was only four, in a similar position, seeking some connection with each other. Still, look how his mom and dad ended up. His mom was working herself to death and his father was locked away someplace in the California prison system. Was that where his generation was headed? Where he was headed?

'Qweeb happening, isn't it,' Lisa said as she sat next to Jon. 'My sinuses are wigging out.'
'You know all these people?'
She nodded feebly. 'Most of'em. Pathetic.'
'Then why hang with them?' Jon asked.
Lisa shrugged. 'If I was living in Barstow or Santa Cruz I'd be out tapping a keg in a field or at the beach. It's the same all over. My mom'n dad are in their thirties. This is what they did. What their brothers and sisters did. What their cousins did.'

'So we should do it?'
Lisa shot Jon a smile and a quizzical look. 'What? You hang with your dad an' go fishing?'
Jon's face fell. 'No.'
Lisa patted him on the knee. 'No. None of us do. Your folks still married?'
Jon shook his head no. 'Mine either. Our parents... They're all running around trying to keep the rent or mortgage paid, the insurance premiums paid... Unless you're a Bev Hills trust fund baby, you're a grunt.'
'The American legacy,' said Jon.
'Meet Generation X,' she said.
'We're X kids,' said Jon. 'X-tra. X-ray. X-cess.'
'Well,' she said, 'One thing about being at the bottom of the slag heap, there's only a little further down you can sink.'
'Ever think about what you're gonna do with your life?' asked Jon.
'Become my mom,' she said. 'She's in A.A. and O.A.

Originally titled Crossroad 15, the author changed the name of the book to best reflect what he feels its content is about - PATHWAYS - that people choose to take in their lives. PATHWAYS is a simple tale of a teenager, Jon, who has been raised by his single parent mother, Robyn, in Los Angeles. While Robyn is constantly on guard, wanting nothing more than for her son to be happy and to grow up without being affected by the plethora of gangs and vices that become integral in so many city teenagers lives, the reality is that no parent can do it alone. When Jon stumbles upon Adam, a somewhat free-spirited man who lives in the city, he finds therein a person who is a friend, a mentor, a brother and a father to him. Ever wary of strangers, Robyn actively attempts to restrain their friendship from forming, for to her it represents danger - to her son. Danger in the form of a stranger. But as events unfold, suspicion and fear give way to understanding and trust. Often the people we choose to let into our lives can enrich us. This is a tale about learning to trust one another, learning to trust ourselves and our children and those all around and understanding that the only way to grow is to learn from our choices. And finally, it is about learning to trust ourselves and about understanding what positive things we can accomplish in our lives - and that trust is a sacred thing, not to be betrayed.

David Patrick Beavers is the other of several books, including Jackal in the Dark, The Jackal Awakens and Thresholds (published by Millivres Books International). He has also written a number of short stories, film scripts and plays over the years. The author graduated from the University of Southern California and obtained his Master of Fine Arts degree from New York University. He currently lives in Los Angeles, where he is working on film and television projects.