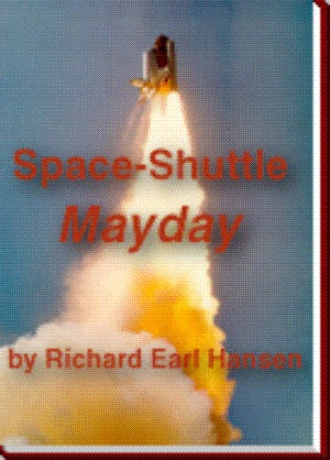 In Orbit: Over the South Indian Ocean.

The crew's confrontation began at:

'Tony, give me a time-hack,' Boots asked, his voice cracking from a dry throat. He had used it before--this coded signal for going off radio and onto ship's low power interphone frequency. The other two crew members, Tony and Fran, had both agreed with him that they would settle private little crew difficulties and grubby housekeeping details off the command radio. That way, he had argued, no dirty linen would be aired on high power for the world to gossip about. To his knowledge, none of them had envisioned this particular type of situation. At that moment, it seemed tailor-made.

Tony, the Commander, was right back on with an eager, 'You got interphone. Now. . .what the hell's going on out there?'

'Rodge. Hello, Fran, you get the request for a 'time-hack'.'

'OK, Boots, the outside transmissions are cut off. Tell us what's up.'

'Give me a coupla seconds, willya? Tony, let's go off the record, OK?'

'Just a sec. There, I've cut off the voice recorder, too. Now, for chrissake, tell us what's up. What're all the precautions for, anyway?'

'You won't believe this, man, but it's a little damn satellite out here hugging the Recce Bird. Body's not more than a meter or so long...rocket engine and all, including tiny three-axis maneuvering jets. And it's snuggled right up against the mainframe. It's got skinny articulated metal arms reaching out from it to hold it in position.'

'Aah. . .I know! You're trying to find a way to get back at me cuz I beat you out of the command pilot seat.'

'No, godammit! Listen, you turkey, this is for real!'

Tony was whammed by the testiness in his first officer's voice. 'OK, Boots, cool it. If it's what you say, there's no way we can sit on this information.'

'Believe me!' A cutting edge clung to his words. 'There is a little fucking satellite latched on to the Recce Bird. And it damn sure wasn't put there as a joke when the bird was launched.'

'Well,' Tony said, oiling his speech to assuage Boot's angry reaction, 'I'm getting the cockpit voice recorder back on. And we better cut Houston in on this, A-S-A-P.'

It had only been a few minutes before that Boots Kakkonen was picking his way gingerly over the fragile aluminum support beams of the Defense satellite's extended solar panels. Beyond the glistening blue-black mosaic of those panels, the curved blue earth, marbled with a swirling of white cloud cover, lazily scrolled beneath like a moving stage backdrop. Boots was exalted by the sight. Space flight, especially the freedom out here away from the mothership, was his element. He had latched the snap-hook of his nylon tether to the military spacecraft's framework so he could go to work on his assigned task, the replacement of a sensor. It was at that precise moment that he had spotted that alien thing. 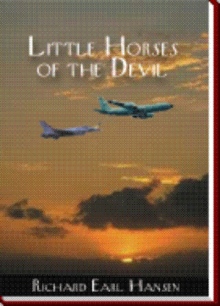 Space-Shuttle Mayday! is the title of this fictional tale. You know the Space Shuttle, everyone does, but what is Mayday? It is the international verbal radio call that says, 'My vessel is in great danger. Please bring immediate help.' The word mayday is the phonetic spelling of the French phrase 'M'aidez!' meaning, 'Help me!'

Indeed, back in the late 1980s, the Space Shuttle, Columbia, in orbit with a mixed crew of three, was in the world of hurt -- Mayday type hurt. On a mission to repair a Defense Department reconnaissance satellite, our astronauts, Fran Carpenter and Boots Kakkonen, discover a tiny foreign space device latched onto the malfunctioning U.S. spy satellite. Before the Columbia can be maneuvered fully to safety, the Soviets blow up their invading satellite.

The DOD recce bird is destroyed and our Space Shuttle suffers hidden damage from the Electro-Magnetic Pulse generated by the massive explosion. Could it have been a nuclear device? Columbia's crew soon discovers that its quad-redundant computer-based navigation system was a victim of EMP-melted electronic circuits. The crew is targeted since they are witnesses to the Soviet treaty-breaking introduction of weapons into space.

Houston experts and the Columbia's crew make heroic efforts to save the space ship. The crew is targeted for destruction by the launch of a second Soviet anti-satellite device. A never-before-attempted manual reentry and forced landing challenges them -- but in the lonely deserts of South Africa? The Soviet attacks face them right down to a parched desert.

Fran Carpenter and Boots Kakkonen on the crew are sometime lovers. With the Columbia's commander, Tony Lamarr, they struggle with imminent orbital space death. Would they be stricken by Soviet MIG fighter attacks below and perhaps by KGB operatives after landing? Can they measure up to all these hazards? A Mayday might bring help in time.

My novel is based on my experience, research and knowledge of space operations developed over a lifetime Air Force career. It was a career punctuated by three wars flying combat in airplanes from P-38 prop fighters to eight-engine jet B-52 nuclear bombers.

Richard Earl Hansen, Lieutenant Colonel, United States Air Force (retired), a Command Pilot and Navigator, was Associate Editor of the Air Force's air power journal on his retirement. He earned a B.A. at the University of Minnesota, MA, at Syracuse University, NY, and pursued doctoral studies at Auburn University, AL.

Dick was born in St. Paul, MN, and in 1942, during WWII, he enlisted in the Army Air Corps as an aviation cadet. Following P-38 fighter combat duties in the Pacific, at the war's end he finished college, married and raised a boy and a girl.

He returned to the Air Force when his Air Guard P-51 fighter unit was recalled for Korea. He stayed in as a career officer and for ten years in the Cold War's stand-off he commanded nuclear-armed B-47 and B-52 heavy bombers of the Strategic Air Command.

In Vietnam from 1969 to 1972, he flew C-130 assault airlifters and commanded a squadron in combat. He won the Distinguished Flying Cross, the Bronze Star, several Air Medals and 19 other decorations.

USAF flying duties kept him in Asia for seven and a half years. Travels took him round the world twice and he has had duty in, or visited, Africa, Europe, the Caribbean, Central America, Micronesia and Australia. In 1989, he and his wife, Nancy, whistle-stopped across the USSR from Leningrad to Vladivostok by rail on the Trans-Siberian Express.

Retired in northern California, he has written mainly on aerospace and politico-military affairs with more than a dozen articles published. He has completed three adventure romance novels with aviation and space themes and holds a U.S. patent for an auto safety device. His son is a Lockhead test-pilot and his daughter is married in Texas. Dick's hobbies are tennis, travel and humor (he invents cliches).