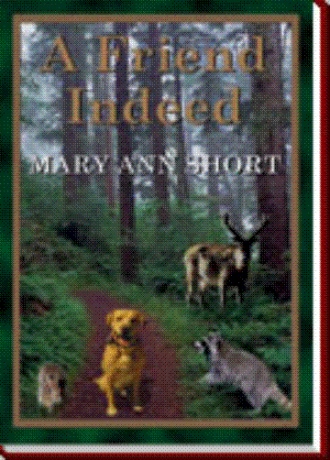 PROLOGUE As his lungs filled with air, a tingling sensation awakened him to consciousness. Having been pushed from a cozy, warm pouch, into a large, open space, he suddenly felt cold, wet and disoriented. He coughed, then inhaled to expand his chest again. His head was heavy. Eyes and ears still closed, he could neither see nor hear. Mucous clogged his nose and throat, and worm-like appendages jutting from his torso wiggled aimlessly. Desperate to return to the sack where he felt safe and secure, he wriggled his weak, clumsy body towards the opening from which it came. But the effort was exhausting, and he soon fell into a sound sleep. He awakened hours later to a large tongue and snout nudging him towards a swollen belly. Other life forms kicked and shoved, each jockeying for position against the soft, thick fur. Attaching a mouthful of toothless gums to a stiffened teat, he suckled the warm, sweet milk. The rhythmic beating in his mother's breast was a familiar comfort, and he soon abandoned any notion of retreating to the womb. A miraculous event called birth had delivered him safely into the world. And bestowed upon him by this divine occurrence was the greatest of gifts. Life. CHAPTER ONE He was born the son of Duchess Trudy of Benton, in the early days of spring. An AKC champion Labrador from eastern Long Island, Trudy owned bright, brown eyes, a flawless retriever's constitution, and a pleasing temperament. She was the best of her breed, having won numerous awards from dog shows and kennel clubs nationwide. She was perfection! Yet, despite royal, maternal ancestry, Pup shared few of his mother's quality genes. Conceived quite by accident, the better part of his DNA came from his father, a mixed-breed of unknown origin. He and eight litter-mates thus, sported a multitude of different fur colors and body types. Three sisters resembled Trudy, with their bright yellow pelts. But their tails were curly instead of straight and their eyes a peculiar shade of chestnut. Pup and five brothers displayed an even greater variety of genetic traits. Each possessed a unique combination of black, tan, white or gray fur, and eye colors that spanned from light blue to the deepest brown. Creme-colored, with a white chest and paws, Pup's fleece was notably short and fine. Long lashes framed dark, bug-type eyes, and tiny, light-brown ears peaked from a narrow, pointy head. One stood rigidly upward, while the other drooped past his brow. Light-boned and skinny, his stature was almost feminine. Brothers displaying burly, athletic bodies towered over him. Even his sisters stood taller. Every litter had a runt, and clearly it was Pup. Taking full advantage of their greater size, his siblings united against him to acquire squeak toys and other play things. 'Grrr! Let's get him! He's no match for us!' His brothers shouted, and pounced on Pup's frail body. Flipping him belly-side up, and nipping at his ears and jowls, they often left him bruised and missing patches of fur and hide. But in short order, Pup learned to use his speed, agility and superior intelligence to successfully maneuver these family contests. 'Ruff!' He barked. 'Can you jump this high?' He leapt into the air as far as his legs would allow. 'Can you spin this fast?' He chased his tail around and around. Then, as the pack became distracted in their efforts to mimic Pup's talents....'Gotcha!' Snatching the prize when no one was looking, Pup ran like the wind, and hid where his sibling's chubbier bodies couldn't fit. Beating them at their own game filled him with pride. Patience also proved an effective survival tool, especially at feeding time when sibling rivalry over suckling territory roused growls of discontent from their mother. 'Grrr! Behave yourselves! Not so rough!' Trudy scolded and nipped at them to re-establish order, gently pushing her tiniest offspring ahead of the rest as a reward for his display of calm resolve. Yes, Pup manipulated his mother well, securing her support against hefty competition. And so the smallest of the litter came to believe that his birth rank needn't be a liability. Possessing a spirit and intellect larger than his physique, he relied on wits and charm when sheer muscle would otherwise fail him. A handicap only if he let it be, Pup was determined to make runt status work for him, instead of against him. Preview/Excerpt - A Friend Indeed ( Copyright 1997 Mary Ann Short 1 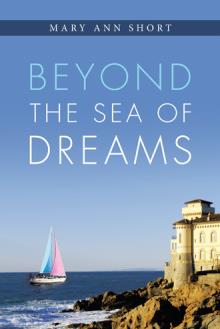 Beyond the Sea of Dreams
Mary Ann Short
£9.95

The son of a champion Labrador retriever mother and a mongrel father, Pup is born the runt of his litter. Yet, despite a lesser stature, he owns a big heart and an even mightier spirit. The humans that deliver him into the world are good and caring people, especially young Katie. Pup prays the child will one day bestow upon him a royal title equal to his strength of character. But as fate would have it, youthful curiosity leads him to stray from the yard. Nameless and afraid, he suddenly finds himself lost and alone in the pine barrens of eastern Long Island (New York). In a frantic effort to find his way home, Pup travels aimlessly through the forest until he crosses paths with some unusual woodland characters who ultimately befriend him and guide him on his journey. But the road home is a dangerous one and Pup and his comrades soon find themselves standing face-to-face with evil. Assembling the greatest of their physical strengths, instincts and intelligence, they fight to survive the cruelties and ignorance that surrounds them, discovering the best of themselves and each other in the process. A Friend Indeed uses primarily animal characters to tell a very human story about the ills of prejudice and the interdependence of all life. Its messages of friendship, perseverance and faith will speak to the souls of readers young and old and leave them feeling uplifted and inspired long after finishing the book.

Mary Ann Short is a Certified Humane Education Specialist (CHES) with Humane Society Youth, an affiliate of the Humane Society of the United States. She holds a Masters Degree from the State University of New York at Stony Brook, where she is also employed. Ms. Short enjoys writing stories about animals that are entertaining, uplifting, and in the spirit of humane education. She resides in eastern Long Island (New York) with her husband, their beloved family pets, and the wild creatures of the pine barrens.