Beyond the Sea of Dreams

Quickly, she glanced once more around her room and realized that no fond memories remained to be left behind here. Purposeful and determined, bags in hand, she ran out of the room and down the staircase as if caught by a whirlwind. Still no sign of her father. Good. She reached desperately for the telephone on the kitchen wall. “I need a cab, right away!” She pleaded with a woman on the other end, as she proceeded to babble the address of a residence on the next block. “Ten minutes, ma’am,” the woman said, and hung up immediately. Ten minutes. Dierdre scrambled with her belongings that weighed heavily on her bruised and weary arms. Scampering, half-crazed, out the back door she headed down the street and around the corner to wait. Five minutes went by. Then ten. “Oh, God, where is this guy?” She cried. “Hurry, please hurry!” While she was waiting, she suddenly realized that she had nowhere to go since her apartment would not be available until Monday morning. “Damn!” She said aloud. “Oh, what the hell,” she said. “I’ll spring for a hotel for the night. After all, I should be celebrating. This is the day Dierdre Farrell becomes a free and independent woman at last.” Shamed crucifixion behind her, her resurrection was at hand. Almost concurrently with that thought, the taxi arrived. The driver loaded her bags and asked, “Where to?” Securely in the backseat she answered, “The city, please.” “Are you crazy? You got the money for that? Not that I like to turn away business, but it’s a lot cheaper to take the bus,” he said. “No, I’m not crazy,” she answered. “Yes, I have the money and there is no time for a bus. Please, let’s go now!” “It’s your money,” he said. As the driver shifted the transmission into drive and pulled away from the curb, Dierdre let out a huge sigh of relief. The driver chose a route out of the housing development that passed directly in front of her home. With a large lump in her throat, Dierdre watched as her mother’s car pulled into their driveway. She ducked as the cab cruised right in front of the house and stayed low in the backseat for at least two miles thereafter. When she finally had the courage to sit up, she looked out the rear window and prayed no one had seen or followed her. No one did. She was free. Praise God, she was finally free. 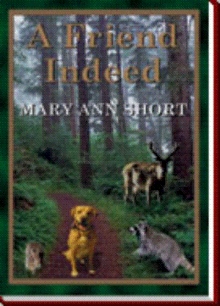 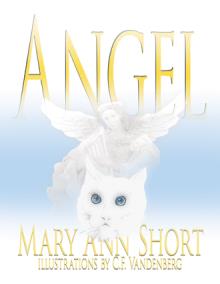 Dierdre Farrell’s childhood is filled with fear and insecurity. A heartless and insensitive family has her feeling traumatized and alone. Finding the courage to leave the callous and abusive environment in which she was raised, her life begins to slowly transform. Nevertheless, she cannot completely run from her past, and is ultimately compelled to face its grim realities. Determined to find hope and deliverance in a new town, loyal friends, and the love of a kind, yet troubled man, she learns the meaning of trust and forgiveness.

Mary Ann Short is married and lives in Long Island, New York. Since retiring from a lengthy professional career at Stony Brook University, she and her two Labrador retrievers became certified with Love on a Leash, a national pet therapy organization. She is currently enjoying a life of volunteerism with her canine companions. Ms. Short has authored two other works of fiction: A Friend Indeed (Copyright 1997, 2002, Mary Ann Short) and Angel (Copyright 2004, Mary Ann Short)