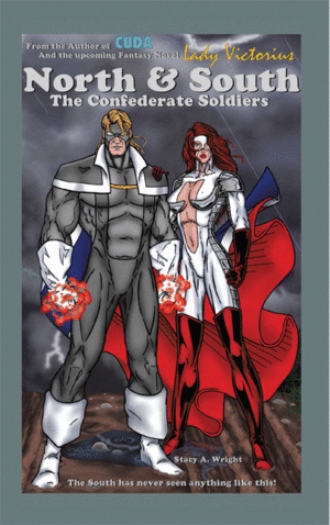 Billy walks out of the burning building focused only on Agent Theodore Harrison. He rips his mask from his face, watching as he frantically searches for his missing firearm. By the time he finds it, Billy is standing right behind him. A cold chill runs down ’s back as this too is realized. He spins around as quickly as possible, and pulls the trigger three or four times, but the hammer only falls on an empty chamber. “You sonofabitch!” Billy backhands to the ground. He rolls over on his hands and knees and proceeds to crawl away.

never was one to stand alone. He really didn’t have the spine for it. “Now hold on Billy, now you’ve got this all wrong! I’m out here working the case, just like you.” rolls over to face the approaching vigilante. All he needs is just one opening, and will be running for his life.

“Bullshit, ya stupid bastard! What? Do you really think I didn’t see you shoot me, order them to kill me, and then you try to shoot me again?” Billy back hands again. His actions are constant and methodical as he continues his pace after his father’s partner.

“Alright, how about this?” holds his hands out in front, as if he was pleading for his life. “What if I told you that you are after the wrong guy?”

“I’d say that you are trying to cover for your new bedfellow.” Billy slows his pace, hoping that may offer up some information that he can use.

“No, no, no, you have to hear me out. Sure Antonio runs things for now, but it was his son who put the hit out on your dad!” stands his ground to beg for mercy. Billy walks right up to the man and stares at him for a second. Then, surprising Harrison, Billy starts to turn as if he was leaving. Then, he spins back around delivering a round house punch that takes off his feet to land on the ground, flat on his back.

“You are worse than Callistone, you piece of shit! You’ve known all of this and covered it up. You’ve lied to me, my mother, and the rest of the world, just to save your own ass! You are the one responsible for my, our lives, being turned upside down! You are the one found guilty tonight.” Billy gives a slight pause, just to stir the old man up a little more. “Oh, and by the way, I’m also really pissed that you did Skank tonight. To be honest with ya’, I really didn’t know she died that night, when you mentioned it at the cemetery.” Billy’s entire look distorts into something dark and evil. “I was really looking forward to scattering his body parts all over . Now all I have left is you.”

is terrified of Billy, especially when his energy starts to glow around his eyes. The perception of it all really gives Billy a sinister appearance.

Billy hurries up to Harrison, stares him in the eyes, and then just backhands the man again, changing ’s direction one more time. Theodore is now running for his life. Not so much in the physical sense, but he is in a hurry to get away from Billy, as quickly as possible. He takes to a set of metal stairs in front of him and starts to climb. A rational man would see that there is no safe haven ahead of him, but isn’t the most rational man at the moment. His sins have caught up with the man, and the toll is too much for to bear.

The tower of stairs zigzags up the side of a huge storage tank. The climb is taking a physical toll on the aging man, as he reaches the top, trying hard to catch his breath. He realizes that there is nowhere for him to go. He stares down into the empty tank, wondering what will happen next. Then he gets another one of those cold chills. He spins around and comes face to face with Billy. Startled, takes a step backwards, catching his heel on the metal grating of the stair landing. With his momentum shifted, there is nothing can do to stop the inevitable. The thin chain stretched across the top of the inspection ladder draws tight under the strain of ’s weight, before it snaps, sending him over the edge. Billy rushes over and looks down inside to see hanging on for dear life. “So how do you think you’ll get out of this one, Theodore?”

The rusted links of the chain cut into the soft flesh of his hands. He flails around trying to get a foothold on one of the ladder rungs protruding from the inner wall of the tank. With his weight balanced for the moment, takes a deep breath and releases a sigh of relief. After regaining his composure and some measure of confidence, prepares to make his climb to safety. It is a relative term to say the least because Billy is still waiting at the top of the inspection ladder. pulls on his lifeline trying to reach the next rung closer to safety. He finds out how much his weight has taxed the corroded links, when the chain snaps at the other end, where it was connected to the safety railing. settles back down on the ladder rung, forcing him to hug the inner wall of the storage tank. Theodore only has a few seconds before he finds out how taxing he is to the rusted welds that hold the rung in place. looks up at Billy with a horrified look on his face. The Federal Agent just realizes that he is about to die. Billy offers no help as gravity pulls to the bottom of the tank.

Billy Ray McBride was a guy who had it all worked out. He had a future planned after college, a great girl, loving parents, the works. That is, until his twenty first birthday, when all of that was taken away. On this fateful day, his father was murdered, setting a string of events into play that will change his life forever.

Walter McBride is a career man with the FBI, and is ready to walk away. Retirement is calling to him, and he is more than ready to heed the call. For too long, there have been too many long nights, too many fatherless occasions, too much strain on his life and marriage. The time has come for him to close his records and file them away. The announcement of this glorious decision is his gift to his son, on this fateful day.

Over twenty years with the FBI gives a man a chance to make enemies. Walter’s was a mobster who was in his sights for most of Walter’s career. He should have informed the Callistone syndicate of his decision. Too close for comfort, a price was put on Walter’s life. Billy Ray McBride sat and watched, as his father was gunned down right in front of him, on this fateful day.

Love, hope and happiness are replaced by anger, hate and vengeance. His father’s murder case was being swept under the carpet, giving him the self appointed duty of serving justice. Billy becomes a driven man who will not stop until the death of his father is avenged. This brings on a constant battle raging inside him, with morality as the subject. To overcome this and save the innocent, he must cast away his rage, putting others first, before himself.

This is Billy’s story…

Inspiration comes from personal experiences in life. I was, in my youth, a big fan of “Professional” wrestling. In the south, during the seventies, it was as much a part of the culture, as college football. Later in life, when my uncle joined the tag team ranks, I was always the first to go watch the matches. One night, they needed a referee that he and his tag team partner could beat up. My brief career as a referee was born. I enjoyed the limelight of center stage, and learned how to take a punch the hard way. Even though I never had the physique to be a “wrastler”, I can honestly say that I had my time in the ring just the same. To all of the guys who showed me the ropes, here’s to you.