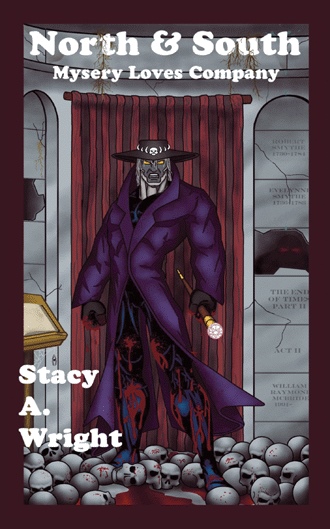 
Ten hours ago, JD, Billy, and the others arrived at the ranch in Alabama, via Commander Ryker’s shuttle. Isaiah told JD and Saphyre a little later that it looked like some kind of close encounter movie scene. Home, or as close to it as JD knows for now, he’s glad to be away from New York and all of the insanity that was there. To most, their “mission” would seem like a success, with acceptable losses. Some would even be surprised that any of the hostages, Billy, Taylor, or JD, made it out alive. But to JD, his efforts ended in failure when Billy’s mother, and the others, lost their lives. It’s not like anyone holds JD accountable for anything. In fact, there is no reason for anyone to be pointing fingers at anybody at all. Still, he feels guilt over the outcome. With even one hostage lost, JD feels that he has dishonored his teacher, because Nick believed JD was capable of doing far more than that. Nick; somehow there are events that took place in New York that are connected to Nick’s destiny. That is one thing that JD is sure of. If he is ever going to have a moment’s peace again, JD will have to figure out what the connections are, and better yet, why they exist.


After helping Ryker’s medical officer with the supplies up to Billy’s room, JD said his good nights and began his term of seclusion. It wasn’t much really, the medical supplies, mostly monitoring equipment that Ryker’s medic instructed Taylor on how to check Billy’s status. JD was hoping to block out the thoughts of the night’s experiences by keeping himself busy. He did take notice to the tension that seemed to exist between the medic and Kaitlyn, but dismissed it just as quick having his thoughts occupied by Nick’s destiny. His battle with Shalimar, and the goons earlier at the loading docks, was all part of something much bigger than an old man wanting revenge against Billy. What bothers JD the most about it, is the only man that he could ask about this is nowhere to be found. For the first time, he finds himself cursing Nick for dragging him into this. He knows that it isn’t Nick’s fault, and if Nick was around, JD wouldn’t be so quick to condemn his closest friend. But unfortunately, rash times tend to bring out rash behavior.


Destiny, how much of that can be real? Is there really some all knowing being that drew out the histories of everyone alive, at the beginning of time? It would be a good question to ask his father, but JD wonders if there is more to this than simple religion. How does he find these answers, when there is no one to ask?


After lying in his bed for an hour trying to figure this all out, JD finally fell asleep, brought on by the waning adrenaline flow in his system, coupled with his extreme fatigue. He has yet to suffer any sort of headache from using his force field the way he did, which is a welcome relief to him, because his mind has been way too active to deal with that sort of pain. Still this added advantage of clear thought has not helped him to decipher the clues associated with his new friends and his present life. Frustrated, JD finally fell asleep as the moon made its presence known from behind the clouds. To him, this was a glimmer of hope that life could also return to some measure of normality. His outlook about that is about to change.


“Jefferson David Johnston,” a voice calls out; deep and booming, echoing through the thick blackness that surrounds JD. “Awaken, student of the Guardian. You must hear what I have to say.”


JD opens his eyes with a start. He quickly recognizes the fact that the room is completely devoid of any light. Immediately, he returns to his previous train of thought, questioning the possibility of more intrusions of darkness. “Who’s there? Show yourself to me immediately and declare your intent!” JD jumps to his feet and takes a strong defensive stance. Part of him doesn’t want to wake the others, but right now, he would be more than happy to have a little assistance with this matter. Either way, he can’t let this intruder proceed any further into the house.


Slowly, methodically, he begins to spin in a circle, straining his eyes to see into the pitch black around him. Where’s the door? JD was sleeping on a bed. Where did it go? Okay, there is a logical explanation for this. Remember the room, JD. Walking in the room, there was a desk along the wall. Across the room, over by the window was a cushioned bench. To his right, was the queen size bed that took up half the room. The question now is where is his location in the room as opposed to the furniture he envisions? “Answer the question,” he demands while continuing his defensive spin, “Who are you?”


My name was once Hyldegaarn,” the voice states sounding as if it is coming from behind JD. Whipping around to face the intruder, JD sees only the same blackness in front of him as before. Judging by the sound of the voice, he expected to see a gargantuan creature standing there, and yet there is nothing to be seen. “I represent the Council, who you are familiar with through your alliance with the Guardian, and his Master, Masamoto. I have come to you delivering a warning.”


Again, JD spins around trying to follow the sound of this Hyldegaarn’s voice. “If what you say is true, then why haven’t you shown yourself to declare your true intentions?”

In North & South: The Confederate Soldiers, Billy began his crusade seeking revenge for his father’s murder. In Dragon’s Fang, he took it to a new level and it almost cost him everything. In North & South: Lines Drawn, he fought to get it all back, and it almost cost him his life. Mysery Loves Company will be his greatest challenge yet, where he must travel to New Orleans to face off against a most powerful foe in order to save his foster brother and end this quest once and for all. This is where he learns, and accepts, that his destiny is intertwined with that of Nickolas Landry’s. Now the only question is can Billy survive this conflict so that he can contribute to the salvation of humanity? The End of Times continues with the forces of good and evil building their ranks. Can Billy save his brother, and manage to keep his friends from meeting their fate?