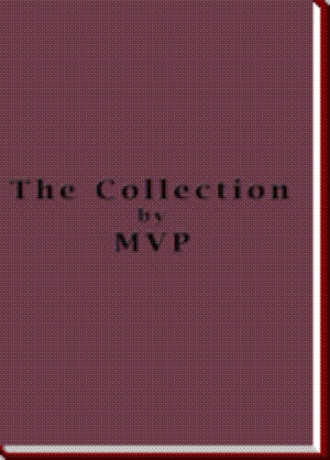 The President overlooks him and points to the Montgomery Advertiser reporter.

"Mr. President, on one of the recent newscasts, it was stated the stranger is unarmed but considered dangerous because of his powers. Can you elaborate on this?"

The President speaks: "Yes, it seems as though this stranger, name unknown, can come and go at will in an instant. Due to the way he behaves, we are not certain as to whether he is a psychopath, psychotic or, to put it plainly, stoned out on drugs. Whatever the case, he may become violent if threatened or severely rejected."

"Mr. President," said a reporter from the Raleigh Times, "The stranger was last sighted in Auburn, Alabama. Has there been any more news as to his present location?"

The President answers, "As of my last notification, he is still somewhere in the vicinity of Auburn, Alabama and there is no human way he can escape. All roads have been blocked off, all air traffic is under surveillance and all wooded areas within three hundred miles of Auburn/Opelika are filled with hunting teams. There is no way this stranger can escape. It will only be a matter of time before we have him in custody."

"Mr. President," a reporter from the CBS newsroom asks, "When this stranger is apprehended, what may I ask are your plans for him?" 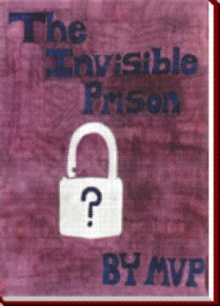 The Collection, covers the time frame of thirty-five years, one thousand nine hundred and sixty-six to the present. There are poems, verses, fictional and non-fictional stories and an added attraction, songs to sing.

"Wildcat Strike" was part of a junior high school assignment. She was given a list of words and told to be creative.

"Title Unknown" was written in high school as MVP was running for class secretary. She lost the election but was commended for her creativity.

One summer afternoon during junior high school, MVP asked her baby brother, "If you could write about anything, what would you write about." He replied, "It would be about Jesus coming back and how no one was ready or believed He was coming." MVP took the idea and titled it "The Coming."

"Thank God It Didn’t Happen This Way" was her first short story. It was written to express how thankful she was for Christ and His salvation. If it seems funny, that is all right. However, keep in mind that it is a story of praise designed to help those who don’t know about Jesus Christ to seek Him out and accept His gift of salvation.

"Beating the System" was the most recent and difficult story to write. As MVP started the story, it had no beneficial message. She prayed asking why write something that seems to have no bearing on glorifying the Lord. She was obedient and continued to write. Then as a vision, Part Five of the story says it all. MVP had no idea that the story was going to turn out the way it did; God gave guidance.

"He Isn’t Just My Brother" was written in Korea about ten months after the death of her brother.

"With Justice For All" was written while assigned to Fort Carson, Colorado, her assignment after Germany.

"Pride and Joy" was written while in high school as MVP became aware of the fact that God does not answer prayers of hate. She was able to forgive herself and she learned that love is very strong. "It can make you do right, do wrong."

As you read The Collection may God impart His mercy, love, grace, and understanding upon you.

MVP was born in Auburn, Alabama, the twenty-seventh of August, one thousand nine hundred and fifty five. She accepted Jesus Christ as her Lord and Savior at the age of eight. MVP is one of ten children born to Mr. and Mrs. Clinton Pink, Sr. She has six brothers, five living, and three sisters. Her parents are deceased.

MVP started work at the age of eleven. She was a maid and babysitter. She was able to cook a full course meal at the age of nine. Her spare time was spent writing and singing. MVP has been interested in Jesus for as long as she can remember. Her writings seem to center on good versus evil.

After high school, MVP attended Alabama State University for one year. She transferred to Auburn University in September of one thousand nine hundred and seventy-five. Being married and working, going to college became overwhelming.

She entered the United States Army in October of one thousand nine hundred and seventy-seven.

Following the Lord’s direction, she ended up in Concord, New Hampshire, in November one thousand nine hundred and ninety-four. Attending church in Concord led MVP to missionary work. However, the ordeal with the Lyme Disease made traveling outside of the United States almost impossible.

Having a heart and love for the unsaved, MVP has dedicated her writings to spreading the gospel, helping missionaries and helping those in need. Her first book The Invisible Prison was published in one thousand nine hundred and ninety-nine.