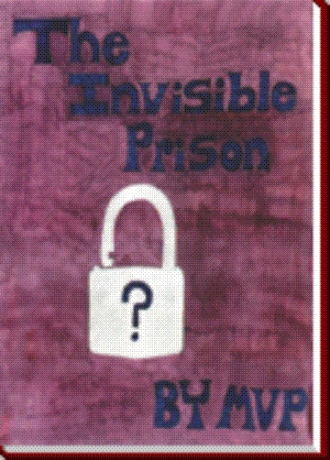 Everyone has a story to tell. Well, Audrey guessed that her story was no different from anyone else's, but she will leave that up to you to decide. Her story is a painful one to tell, and it is important that it gets told just the way it was. If things don't make sense or seem to be the ravings of a lunatic, then so be it. Realizing that she is not the only one to experience severe emotional, mental, and physical pain is probably one of the reasons that she has survived for so long. However, the main reason that she is still alive and even able to tell this story is due to her best friend and Savior, Jesus Christ. All praise and glory is due Him.

Currently, Audrey is ill with more medical problems than the President has accusations against him. She is not introducing all of this to get sympathy or pity; it is being introduced to set the mood for what is to follow. It is always good to look at where you are when you are looking back to where you have been.

There is so much going on in the world, people killing themselves and each other. The question is often times, why? Audrey knows within her heart, had it not been for God and the people He had working for Him, she would have been another statistic of a crazed individual who killed her supervisor and then took her own life.

Please understand that Audrey is an individual who has never done or said anything that she felt would hurt anyone. She usually hurts herself or lets harm be done to her before causing harm or hurt to anyone else. To have been in a state where she was willing, able, and ready to take someone else's life - God, please forgive and heaven forbid such a thing ever happening again.

That is why it is so important to write this story. There may be someone who is going through something similar, someone who may not know God as their friend and Savior. There probably will be those who snicker and say that, evidently, Audrey didn't know God too well if she was ready and willing to kill someone. That is the important thing to note; she was ready, willing, and able to kill, but because she had God in her life and heart, she didn't, repeat, didn't kill anyone.

It is so hard to know where to begin, because so much happened, and by the time Audrey realized all that was going on with her, it was almost over. She stated that sometimes she just wanted to go somewhere and scream or just cry until she couldn't cry anymore. It seemed that although she had done nothing to cause people to treat her the way they did, yet, they did. And it seemed that they were getting away with it.

So, why doesn't everyone just start treating each other any way and every way they wish. Instead of firing someone, the employer can just make life miserable and unbearable, then say it's all part of being a member of the team and earning the respect of your fellow employees. If you want a promotion and you see someone about to get it, well, just treat them in such a way that they will volunteer to give up the promotion or quit the job.

Why would anyone in their right mind do some of the things that were done to Audrey, and how could they be allowed to get away with it? The same thing could, but let's pray that it won't, happen to any of you. So don't feel so snug and safe as you read this story and say that it could never happen to you. Sanity is a blessing from God, and we all take it for granted.

As this is being written, there are people grieving for the loss of loved ones who were flood victims or who got caught in a raging fire while trying to put it out. Life isn't easy and there is so much going on beyond our control that causes pain and misery. Please, let's not do things ourselves that will cause anyone to suffer. Accidents will and do happen, but to just not care and cause grief, please, if you are doing this, please STOP! Life is so short and pain can last so long.

The language that was used towards Audrey was of a degrading nature. Some of it has been omitted, some will list just the first letter of the words. She was cursed and sworn at every day. It gave a new meaning to the phrase, 'talking over her head.' There were times when she didn't have the slightest clue as to what they were talking about. It's not to say these people were Satanists, but something very evil did seem to direct their behavior.

Sometimes, Audrey, thinking back, wondered, maybe if she had been the type of person who slept with anyone and everyone, they would have been kind to her and would have tried to do everything to help her make it, instead of doing all they could to see her fail. But after thinking that way for a couple of minutes, she would come back to reality and praise God that she was who she was. Lots of times, you have to stand alone and miss out on things because of your values and morals. 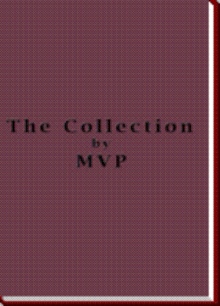 'Things that money can't buy' are what we all seek. However, most of us will not make it. We get locked behind that invisible prison and we die there.

Audrey Parker tells how she, through the grace of God, and her faith in Him, overcame the walls and barriers that held her captive. She was totally unaware of the imprisonment and there was no justification for it.

Audrey's life struggle is similar to almost everyone's, and her victory lights the path for others to follow. Whatever it is that has you bound, you too can be set free. You owe it to yourself to read The Invisible Prison. Life will never be the same. It's up to you!

'Knowledge, friend or foe.' The rest is history.