Get everything you need to publish your own book, starting with a publishing guide.

How to Plan Your Book:

Taking Your Book from Idea to Manuscript

Perhaps you’ve never sat down to write a book. Perhaps you’ve flown by the seat of your pants in the past, managing to write and publish a book without a hitch, and yet this new one has you staring at a blank page or struggling to get past a certain chapter. Every book writing experience tends to be unique, but the best way to consistently take your book from idea to manuscript is proper planning.

Whatever you plan on writing, make sure to invest time in these prewriting steps. By the end of it, you’ll have a solid runway for you to get your project off the ground and let it take you to your intended destination.

Writing a book can be a huge commitment. Knowing why you want to write a book will guide you towards what writing it entails, as well as help you stay focused and make better decisions throughout the writing process.

Do you want to disseminate a message?

Think about what you want to write about or what you feel is important to write about, then visualize how you can carry it out effectively. You’ll also need to identify your market, learn to view things from their perspective, and pinpoint the most effective channels for reaching them.

Do you want to make money out of it?

Do your due diligence and research your genre. Look at what readers are buying and analyze commonalities like themes, structures, and word count. Take a step further and see how you can make something familiar yet entirely your own.

Do you want to boost your credibility?

A book can help you build your professional reputation, prove your expertise, or promote your existing business. Ask yourself whose problem you want to fix to get a good grasp of the solutions you should present and the manner in which you should present them.

Do you want to create art?

Prepare yourself for the long-haul, because the pursuit of creative fulfillment can take years and years. You may want to seek writing communities and workshops where you can make connections and find support, whether it’s simple advice or a chance for acquisition.

There isn’t one true way to plan a book; it all depends on your mindset and writing style. Feel free to test the following methods and choose whatever works for you. You can even mix and match several methods.

This is a diagram that lets you brainstorm organically without having to structure your thoughts. As you put an idea for a chapter on paper, you’ll be able to think of associated ideas and create a network; in this way, you can also find relationships among your thoughts and let the network continue to grow as you solidify connections between concepts.

Nonfiction books mostly have 12-15 chapters. When outlining by chapter, you can get started by breaking your big idea into 12-15 bullet points. Name each chapter and create subheads with corresponding word counts. Give yourself a goal of 500-1500 words per subhead and treat each subhead as a complete article. 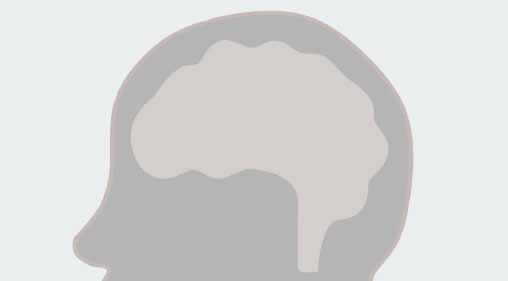 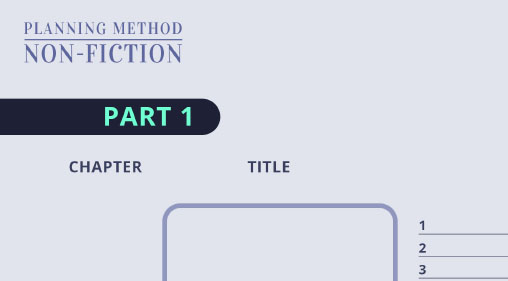 A fiction outline doesn’t always have to comprise a chronological process. Sometimes it’s better to think of scenes first or focus on developing your protagonist’s arc.

As with nonfiction, you can use a mind map to lay out the elements of your story on a network so you can see possible connections and developments.

The next four methods are for those who prefer to plan their stories chronologically, starting from the beginning and proceeding in a linear fashion all the way to the end.

Named after German writer Gustav Freytag, this pyramid, also known as the dramatic arc, is the standard story structure taught in English class.

Based on screenplay structure, the 3-act structure is basically an elongation of Freytag’s Pyramid.

American professor Joseph Campbell popularized the study of the monomyth, or the hero’s journey, which has 17 parts in 3 phases.

If you don’t want to be bogged down by a thousand details before you’ve even started writing, you can simply brainstorm major scenes first using a storyboard, or a series of sketches about key moments throughout the story. Identify a key moment, draw it on a board (it doesn’t have to be art!), and write a one-sentence description. A good number of scenes for an 80,000-word book would be 60-70. After completing your storyboard, go over it and rearrange or even cut out scenes as needed.

American writer, physicist, and writing coach Randy Ingermanson based this method on the Koch snowflake. In the same way that the snowflake builds up in a sequence of stages, so does your story, from a one-sentence summary to character development to scene development.

This is where you conduct your research, create your character profiles, and build your setting so that you can begin outlining your plot.

While both fiction and nonfiction can benefit from research, nonfiction absolutely requires it, even if you’re pulling information from your own life to write a memoir. Research ensures not only accuracy but also texture in your storytelling. The more details you are able to mine, compile, and present, the more believable and entertaining your story will be.

Make sure to use different kinds of sources to enhance the quality of your research:

Because of the nebulous nature of research, you may find yourself spending more time on it than the actual writing of your book. So get started by creating a framework. Make a list of things to search online, books and articles to read, interviews to conduct, and so on. You should then allot ample time for each item on your checklist and stick to that timeline.

For fiction, you’ll need to prepare at least three things to move to the writing phase:

But you can’t just point at a random person and call them a character in your story. To put it simply, a story happens when someone with a goal encounters a hindrance or a series of hindrances.

Come up with a protagonist’s goals by examining what motivates them in life and then asking what they would do to satisfy those needs. And then on the other side of the coin, come up with an antagonist, a situation, an environmental change, or all of the above to create conflict.

Those details may mostly stay hidden from your readers, but you would be able to imagine your characters’ behavior and decisions more clearly.

As you create the profile, you should also decide on their character arc by determining their capacity for change. Do they change over the course of the story, or do they stay the same? How does this change (or lack thereof) affect their world and the people around them?

Finally, you must choose a setting that will serve as the context for your story’s character development, conflict, and plot.

You might be tempted to immediately start drafting in third person point of view (POV) and think that you can simply change it later on, or you might try using present tense for fun. But it’s never fun to go back and revise huge chunks of your book when you realize that a technical element isn’t working for you. Maintain consistency by determining your POV, tense, and word count in advance.

POV is the narrative voice you’re using to tell the story. Every type has its own pros, cons, and popular genre. 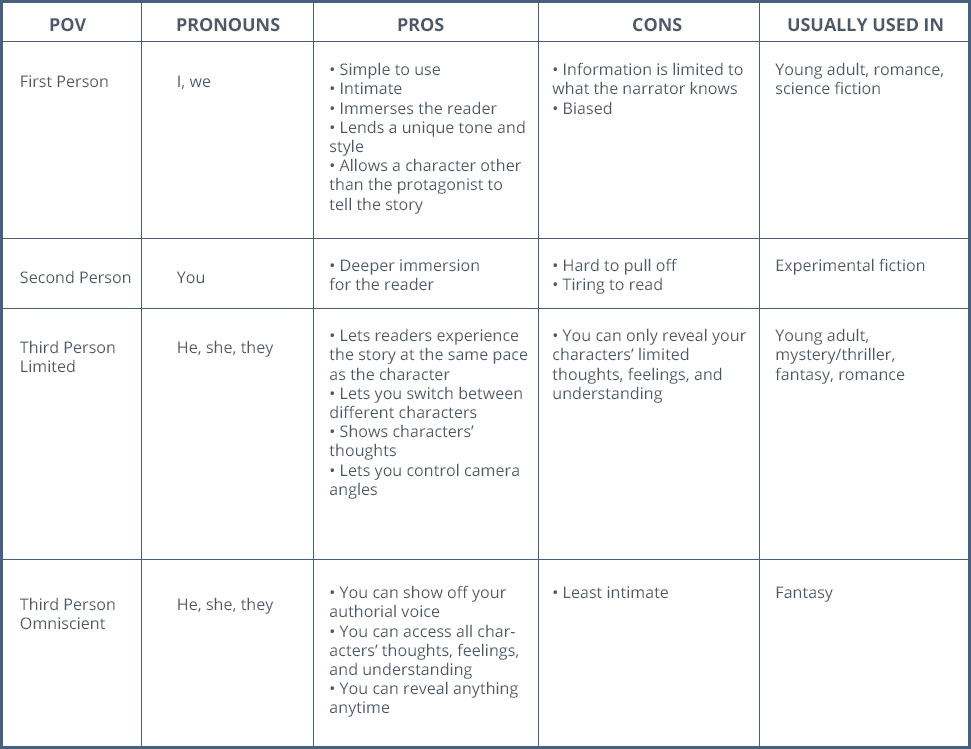 Both fiction and nonfiction books tend to be written in the past tense, but this doesn’t mean you can’t try using the present tense. Present tense can give your story a sense of immediacy and even make it feel like a movie. You can also use it together with first person POV to intensify the effect an unreliable narrator can have on the reader. But you should keep in mind that present tense can reduce the effectiveness of your prose since you’re forced to include potentially non-essential details. You would also have less dramatic tension since you’re limited to creating tension out of what’s happening at the moment, as opposed to building tension through the narrator’s knowledge of the past when using past tense.

From the writing stage to the publishing stage, your word count can make or break your book. Use the following figures as a rough guide to give your book a chance to succeed. 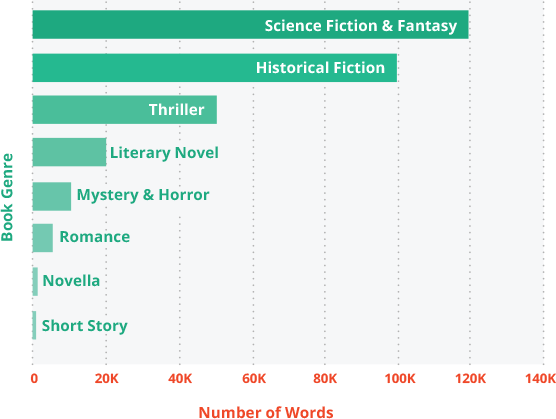 Things to think about beyond your manuscript

By now, you should be ready to start working on your manuscript. However, if you want to take your preparations a step further, you can start exploring your options for feedback, editing, and publishing.

Let your friends and fellow writers know ahead of time that you’re about to undertake a huge writing project. You might want to enlist an accountability buddy or two to help you stay focused on your goals, or alpha readers who can act as sounding boards for your work-in-progress.

And when it comes to taking a leap of faith into the publishing side, we’re here for you. We’ll help you get your book ready for publishing and recommend services that best suit your needs and budget.

Our friendly self-publishing professionals are always available to help you reach your goals. For more information about AuthorHouse or how we can help you publish your book, call 1-888-519-5121.

Fill out this form now!

By clicking "Claim My Free Guide", you are providing your electronic signature, voluntarily authorizing AuthorHouse and its affiliates to contact you using a manual or automated telephone dialing system and send you advertisement or telemarketing messages by email or text/SMS/MMS message to the address and phone number you have provided above. You are not required to agree to this in order to buy products or services from AuthorHouse. You certify that you are over the age of eighteen (18). You'll get up to ten (10) messages per month. Standard message and data rates may apply. Click here to view our Privacy Policy.