Christian giving vs. evils of tithing 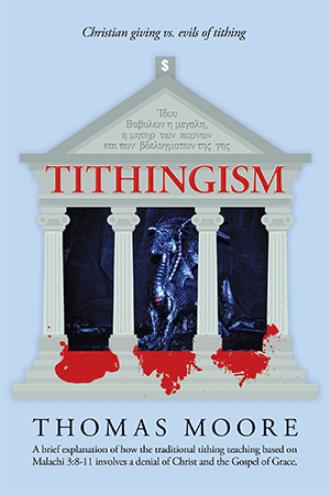 Tithingism is a religious device which weaponizes Malachi 3:8-11 to threaten and shame congregations into paying an illegitimate and fictitious debt to God, in fear of a promised curse upon them. Obedient tithers are teased with the promise of "open windows of blessing," which then provides access to God's Favor and Blessing. This is in direct conflict with the Gospel which clearly explains Jesus is the only access to God and the only source of God's Favor and Blessing. Tithing Style Redemption According to Tithingism, an unfaithful tither can repair his cursed condition (from the condemnation as a cursed robber of God) back into a blessed condition, by the unfaithful tither mending his ways by simply becoming a faithful tither. In so doing, the tither is able to redeem himself from being cursed of God to being blessed of God: the same thing Jesus did upon the cross, except the tither is able to accomplish it with his checkbook. Actually, Jesus removed the curse of the law from the believer by shedding His Blood upon the cross, but the tithing path to redemption provides a way for a man to provide his own redemption. In this way the tither becomes his own co-redeemer, who obtains redemption, justification, and earns a righteousness of his own, evidently to complete the contemptuously inadequate redemption Christ provides. This makes the believers salvation from the curse of the Law, a work in partnership with Christ, and therefore he has a share in the glory for his own salvation, as something that was partly his own accomplishment. Christ still gets some glory for his redemption, but the believer gets a good share of the glory too, since he in concert with Christ- can produce good works that are equal to any work of Christ. After all, it was the tither's self-discipline, rigorous determination, hard work, and shining integrity for many years that has established him as a faithful tither, who has now elevated himself to that place of open windows of blessing and God's favor. Thanks to the tither’s pristine obedience to the law and God's honesty and integrity to make good on a promise. This belief is of course riddled with heresies and blasphemies, bringing the unwitting tither into a closer relationship with the dragon, instead of the Lamb. Churches and pastors have had a wonderful time bringing in a lot of money with this heresy of tithing. Yet the acme of achievement of these heresiarchs is their success in enslaving congregations so they cease being vessels of God's Spirit and become instead the pastor's money mules; the engine of man-made Godless religion. These Tithingism pastors (some with Bible degrees, and some with Seminary degrees) have done more damage to the doctrines of Soteriology, Hamartiology, Christology, Pneumatology, Bibliology, Theology Proper, and the very Gospel of Christ itself, than any demon could ever do. As a doctrine, Tithingism places a Blood washed believer in constant fluctuation between sinful and blessed. Tithingism proves itself to be a form of hyper-Arminianism, which erroneously asserts that Father God is incompetent and incapable of keeping His children saved. God is reduced to an impotent spectator that cannot provide a reliable salvation as He helplessly watches His redeemed children vacillate between blessed and cursed, which is contingent upon their meritorious works. As a result, the believer's standing in God is based upon the strength of the flesh and no more certain than man's inherent goodness, which invites the tither into the heresy of Pelagianism. The devil has many religions teaching us there are many ways to God, but Christianity is the belief there is only one way to blessing, one way to redemption from the curse of the Law, One way to God’s favor, and only One Way to access God... Period! The traditional tithing teaching from Malachi blatantly denies Christ is the only avenue to God since faithful tithing supposedly opens another path to God's favor and blessing, which competes with the Way of Christ, yet is taught to be much more efficient. The bottom line is that the practice of tithing involves practices that illustrate a witness that Christ is a fraud and His Gospel of Grace is a lie. To practice tithing is to display a practical demonstration that blessing does not come from Christ, it comes from legal obedience. The tither is no longer a witness of God’s goodness, he bears witness to his own goodness as Mr. Obedient. By placing his trust in tithing and testifying to the truth of tithing, Mr. Obedient has rejected the way of Christ, and repudiated the Gospel. There is no salvation for one who rejects Christ as the only way to God. 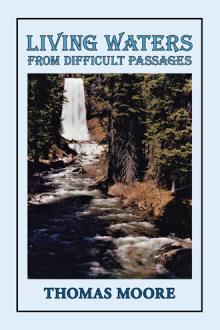 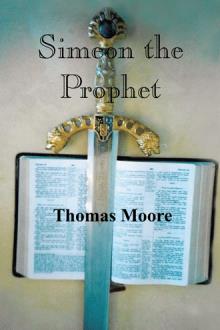 This book has been in the making for 50 years; ever since Thomas Moore found a germ within the tithing doctrine that departed from the Living God. Thomas set out in 1973 to expose where this germ corrupts the basic doctrines of the New Testament, but in so doing he found that he needed to acquire a full understanding of all the primary Christian doctrines. This required reading the entire Bible from cover to cover many times in different translations, as well as compiling an extensive theology library. Years were spent reading entire commentaries, word studies, and systematic theology by various scholars, along with sermons and lessons from the greatest preachers of all time. In 2015 the author finished following the tithing germ through every school of theology and discovered the specific truths of Scripture being violated. In 2015 he began writing the book to refute each false teaching that supports the false doctrine of tithing and expose all of its fallacies, heresies and blasphemies, which was published in November of 2019 as Living Waters from Difficult Passages. The book is very thorough. It not only exposes the heresies and blasphemies, but also contains the popular verses of Scripture that pastor’s abuse, in order to support the tithing practice. This made the book almost 500 pages long. Many people are not interested in a book that large, so the author developed this book as a companion book, which is a quick and easy read; just covering the basic blasphemies of the religious tithing teaching. If reading TITHINGISM peaks your interest for more insights and Biblical evidence into the false teachings of the tithing tradition, then Living Waters from Difficult Passages will satisfy completely.

Thomas Moore was heavily persecuted for his faith while serving in the US Navy in Vietnam. During the three years of constant abuse, Thomas learned that a personal love relationship with God provides power to rejoice in the midst of misery, and the ability to Love those who hate you. Thomas was horrified as a civilian to find so many churches teaching their congregations lies, such as a believer must pay their tithes regularly or God will curse them. If they do tithe regularly then they will be blessed with access to God and His favor. Thomas knew following Jesus daily was following a living Savior in a personal relationship, which is destroyed by practicing religion. Thomas spent years, street witnessing and leading many to Jesus and it was heartbreaking that when he brought them to a church to be fed, they were just fed the dead religion of tithing. Being tied to a religion never left them free to be led by the Holy Spirit. The Bible says those born of the Spirit will be led by the Spirit, yet believers were taught to swear allegiance to a religion instead of Jesus. Jesus did not bring religion to the world, He brought a personal relationship. Thomas set out in 1973 to prove Malachi 3:8-11 style tithing is defunct and hostile to the Gospel of Christ. In 2019 he finished his massive research of the scriptures and published his book: Living Waters from Difficult Passages, which contains a wealth of knowledge exposing all the false teachings on tithing. As a result, that book became very large and many people are not interested in a book that large. That’s why Thomas has written this little book, which just covers the main points of how the practice of religious tithing is evil.