But there is a Remedy! 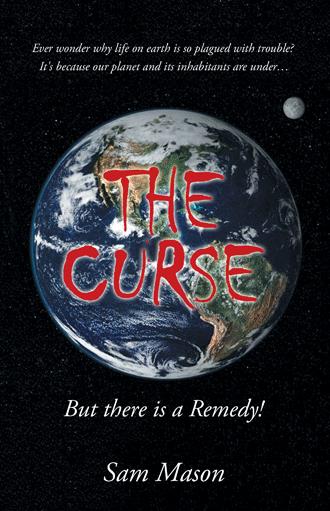 All of us have at some point been disillusioned with life on this planet. For some, our cynicism has arisen from some deep personal hurt which has convinced us that life is unfair. For others of us, profound doubts have grown out of years of broader disappointment. We’ve seen widespread hatred, greed, injustice, violence, disaster, destruction, suffering, disease, poverty, and death. We wonder why it must be this way. Our disenchantment may have its roots in a painful childhood, or it may have developed during adult years. It might have faded with a return to happier times, or clung to us like the burrs of the wild… our attempts to remove it only resulting in more pain. However unique the individual journeys, each has led at one time or another to the same philosophical destination: a universal sense that all is not right with the world.

If life itself produces a certain feeling of futility, where can we go to understand why it is so? And more importantly, is there a solution to this predicament? I’m convinced that the answers to these two vital questions are to be found in the best-selling book of all time: the Bible. While not every detail is provided there, in it we clearly discover the essential truths of our existence. There the dark, mysterious cloak that veils life’s essence is unraveled. Despite some apparent contradictions uncovered in a cursory read, through a deeper more intensive study over time, I’ve discovered the Bible to be a volume amazingly consistent with itself, as well with as history and science. This consistency is especially compelling when you realize that the Bible is a compilation of 66 separate books penned by more than 30 men of diverse backgrounds over a period of at least 15 centuries. I challenge you to seriously consider this book, and in so doing discover the Bible’s reliability for yourself.

The treasures of truth in the work that follows, were excavated through decades of personal reading, study, research, and investigation in the resources of history, science, and Scripture. In the area of Scripture, that effort has been aided greatly by countless godly men and women whose lives, ministries, and writings have touched mine. I’ve done my best to avoid imposing my own ideas and/or opinions on the Word of God, depending as much as possible upon a scholarly approach to its study. Above all I’ve prayerfully sought the illumination of the Spirit of God. This is not to assert that my book is infallible. But I am confident that its essential premises are sound. I also would never suggest that I’ve exhausted the subject on which I’ve chosen to write. There is far more information to share on this topic than I’ve chosen to include in this volume.

My method of dealing with this subject will be to present the pertinent truths of Scripture, and the associated facts of history, science*, and our own personal life experiences. At times I’ll engage in some speculative extrapolation on that data in order to fill in the gaps, and as much as possible, connect the dots. Although such speculation will be logical and reasonable, distinction will be made between fact and conjecture. Some of these suppositions will only suggest possible implications of the truth or explanations of the facts. Others will lead to virtually irresistible conclusions, which, while requiring some measure of faith, will be rational and intellectually honest deductions. For many of you, this educational expedition will be revolutionary and eye opening. My hope and prayer is that this book will help you understand why the world is like it is, and offer you the joy of discovering the way out of our dilemma.

*It’s critical at the outset for me to make a distinction between scientific fact and scientific theory. Facts are irrefutable conclusions based upon clear empirical evidence and supported by the consistent results of carefully designed repeatable experiments. Theory is supposition offering a possible interpretation of known facts. Unfortunately, frequently the anti-supernatural bias of the dominant segment of the modern scientific community controls public perception of science. They often proclaim as fact, that which upon careful unbiased consideration, will be determined to actually be only theory… sometimes even downright faulty theory.

Has evil always been part of our existence? If not, when and how did it originate?

Was the story of Noah and the flood just a fanciful tale, or could it be an actual fact of ancient history?

These and other intriguing questions are dealt with rationally, in clear understandable language, in “The Curse.”

The author, Sam Mason, is a veteran public speaker, broadcast journalist, and longtime student of Scripture, history, and science,  having done significant research into these topics over many years.