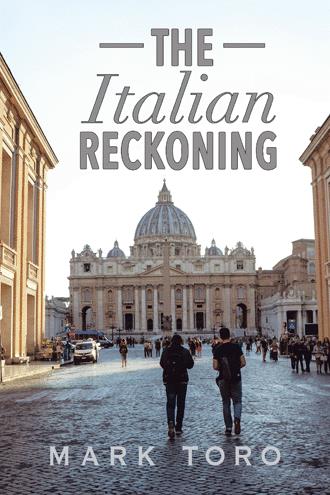 “Did this just happen?” I thought to myself, as I finished four days and nights, in the one place I always dreamed of going, Venice, Italy. I was on a bullet train on the way down the Adriatic coast to Pescara, my grandfather’s hometown region. The train was second class, a necessary change, but still smooth and fast. It was June and I was taking stock of the last seven days, reviewing all the photographs I had made in hectic, magical wonder. This was the greatest photo assignment of my life, and I was the main client. It would take a bit of time for my heart and mind to catch up on all that I had captured and seen. It couldn’t have happened more perfect, with only a few bumps in the road. How blessed and lucky I was to have made my first trip to Italy, achieving what I did, only eight months before the most horrible modern day pandemic that would cripple Italy and the rest of the world, the Corona virus. With a vaccine rolling out, it’s hard to say how many days we each have, as this virus appears to be taking people out at random. With life precious, it’s more important than ever, to tell all that had happened, on the greatest experience of my life. Before Venice, there had been Rome, a remarkable city, my first encounter with Italy, where every block was an outdoor museum, filled to the brim with history, the best art and architecture in the world and Bernini’s statues, that seemed to be everywhere, which left an amazing impression on me. To get started, I needed to have my first real cup of espresso, and two blocks from my hotel, I had found just the place, that I would return to again and again. That first sip took me to java heaven, unlike any other time before. After St. Peter’s Basilica, The Sistine Chapel and The Colosseum, I spent extra time at The Pantheon, Rome’s oldest building intact, a place that defies explanation. With its perfect unsupported dome, that could fit a perfectly round 142 foot diameter ball inside, and the hole in the roof, with view to the stars and sky, this had a huge impact on me, enough that I would have to visit it twice. Rome set the stage for Venice, where I had left the historical and entered the magical. Spending an hour with The Bronze Horses on the roof of St. Mark’s Basilica, in Piazza San Marco, I ended up making a top photograph. The next morning, floating on a gondola boat, under the Bridge of Sighs, through the quiet canals, past Marco Polo’s house, I felt so fortunate to be alive. Was I dreaming? It felt like heaven. I had arrived. Rome and Venice would lead to something greater, in a different way, and I was only a day away. As I draw closer to my grandfather’s hometown of Moscufo, Italy, in the Pescara region, I realize that touching his hometown is just as much about reconnecting to my past with my grandfather, and the few memories I have about him, but more so about my reconnecting to my heritage and the loss of my Italian father, Alonso Jr. Will there be something waiting for me in Pescara, or even Moscufo, where my father’s father had lived before he came to America in 1911 at age sixteen? As I approach Pescara, after a glorious time in Rome and Venice, I feel they are with me; my father, Alonso, Jr., my grandmother Gia and my grandfather, Alonso, Sr. What was so pivotal for my spirit, my soul, to be moved enough to make the greatest trip of my life, and to make it all alone? The photographs I wanted to make was the number one reason for crossing the Atlantic to Italy, for this boy so romantic. Was there another reason that I had yet to discover? It’s interesting how, when I landed in Venice, that the first matter at hand was changing the two train route, leaving Venice to Pescara, to one train. I didn’t want to miss a connecting train, with so little time in between. I had discovered through a photographer friend Ted, from the photo school, Ohio Institute of Photography, we had attended years ago, that there was a single train route. Ted had given me helpful tips for navigating the land, for as a photographer himself, he had traveled to Italy a dozen or so times. Little did I realize, that this train change would allow me to arrive five hours early to Pescara, giving me an extra cushion of time of two full days there. This would allow me to take a bus or taxi to Moscufo on the second day. Even though I would lose my first class status on this single train, the train clerk told me, “I’ll put you in the middle of the car near all the luggage. You’ll be fine.” I had heard a few bad stories of luggage being stolen off trains between stops. Immediately after checking in at The Best Western Hotel Plaza, at the Piazza Sacro Cuore Square in Pescara, the hotel clerk had been overly helpful in getting me the bus schedule after I asked, “Is there a bus that goes to Moscufo?” Right underneath the counter, he brought the schedule up, as if from a magician’s hat. Suddenly, It was all laid out for me how I would get there. On that second day in Pescara, I would take the bus to Moscufo, from Pescara Centrale, arriving at 10:17 a.m., being dropped off at the center of this small commune village, right near the town’s piazza, the Piazza Umberto in Moscufo. However, I’m getting way too ahead of myself. To understand how the events led up to all of this, we need to go back, long before I started to plan my trip. 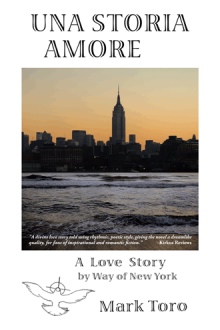 It was the trip of a lifetime…
where he found an unexpected treasure,
beyond the prized photographs he made.

It had been a long dream for Marco, to finally reach and touch the Italian land. Shortly after his arrival in Rome, standing on the Bridge of Angels, where he had begun to make his first photographs, he immediately felt something deep, stirring in his soul from decades ago. Memories were being awakened, but something else was surfacing. Whatever it was, it would have to wait. There were too many photographs to make, with limited minutes each day.

He traveled there, looking for something else unaware, until landing that last day in Moscufo, the town of his grandfather, his father’s father. Then came the tap on the shoulder in the Piazza Umberto, and he couldn’t believe what flowed back into him, from fifty years ago. On that train back to Rome, he knew he had been given something remarkable.

Mark Toro is a professional photographer and designer based in Columbus, Ohio. This story chronicles his first trip to Italy. He won the Nominee Award from The International Black and White Spider Awards, for photographs made in Venice and Pescara.