A Love Story by Way of New York 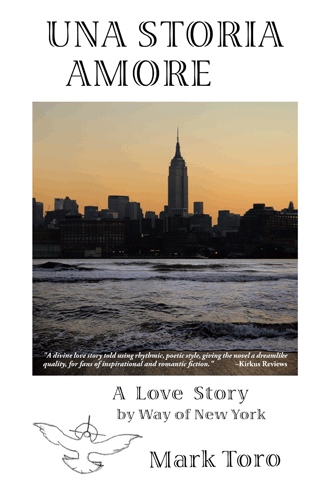 Now how unusually amazing was this? Two hearts who have not met...
agree that their anticipation would have them running to each other at
Newark Airport...when the boy lands and the girl waits to see...when
they come together...how much they both want that first kiss. This
much is certain. How did this happen? They haven't even met yet right?
But you can't feel for someone until you physically get to know them,
right? So, how is this happening? If they feel this much already and both
want that first kiss so badly. Where does something like that come from?
It comes from the same place. Where the wind blows from and how the
flowers grow...and how a story continues to grow...also like a flower...
from the same place. A place called "God's Great Love."
So soon, the boy and girl will come together and have fun to get to know
each other...and they will go with the flow of the wind that blows with them,
around them, and who knows...maybe even through them.
Mystery would still hang a bit. Like a special delivery from a distant ship.
Unaware they both would be...one night while watching her TV...as images
flash on the girl's screen...of a scene at the Church of Trinity. Maybe there
would be something for both of them to see...from a photograph taken long
ago from the boy in March of 1980. Something for both of them to see? Gee,
now this is feeling like some big mystery. "It's just a scene of Trinity Church
Cemetery. That's all it will ever be. But did those two pass each other back
then unaware? When the girl worked back then around the corner by the
World Trade Center, as the boy snapped his very first images of New York
City. Just a scene of Trinity Church Cemetery? That's all it will ever be Mr.
Narrator...Hey, you're getting too serious even for me. Chill a bit. Let the
wind blow where it will...when I go meet this beautiful girl...and we'll see...
if what we have together will be that carnival lyrical swirl. Until then, that
will be mystery enough for me."
Can you hear it?
What that unpredictably mysterious wind is saying? On what kind of games
the boy and girl will be playing? Only that wind would know...how it would
come to blow...around them...between them...and maybe through her and
into him...but it still came from that same place. As beautiful as the
undeniable and the magic of the unveiling...of the loveliest of loveliest
laces of lace...and that too...came from the same place. Where the wind
would blow them together...at a place where he would first catch sight of
her face and she would catch sight of his face...and soon...their first
embrace...it too would come from that same place...Where he would first
touch her, hold her, and kiss her...at a place in front of everyone. And soon
everyone at that place, would get to see how rare it would be when those
two will meet...and fall so sweet...into each other's arms without a wait...
how he so lovingly will touch her sweet face...and everyone there will not
miss...how they will touch each other with their very first kiss...the one
from eternity. That's the same place as the beauty of her sweet face...
and the undeniable and magic of the unveiling...of the loveliest of her
loveliest laces of lace. 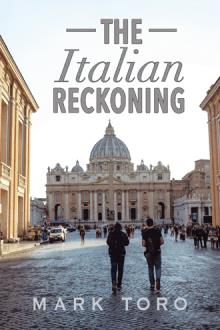 Toro's debut novel offers a divine love story that takes one man back and forth between the Northeast and Midwest. When Michael leaves New York City and returns to Ohio, where he grew up, his life is a shambles. His ex-wife allows him to stay with her as he gets back on his feet, but their relationship remains broken. However, God intervenes in Michael's life, starting with a miracle that cures his chronic anxiety. Michael then has a vision and falls in love with a girl he's never met and feels prompted by God to woo her. A series of small miracles occurs to assist him; for example, he sends her a photograph of an angel statue that unintentionally includes the digits of his phone number. The path to love is not without trials, and Michael, his ex-wife and his new love interest must go through a healing process before they can find happy endings. Toro tells the story using a rhythmic, poetic style, giving the novel a dreamlike quality that compliments its romantic elements. This style does have its limitations, however; although the book's prayers and dialogue have a pleasant ring, they don't necessarily resemble natural speech. One prayer reads, in part, "I'd like for this ride to end...to put an end to this terrible spin, and start me anew on who you're willing to send...a normal but blessed love about to begin." Some plot details are so finely woven into the prose that casual readers may miss key information. Overall, Michael does a great deal of praying and reflecting--a narrative choice that benefits from the work's rhythmic style--creating a story that focuses more on emotion than action. A marriage of poetry and prose for fans of inspirational and romantic fiction. -- Kirkus Reviews

Mark Toro is first and foremost a professional photographer by trade. Before publishing this first novel, he has had numerous music reviews published along with his concert photography, editorial photography and photojournalism.  A few college writing courses years ago led him to believe in his writing. This particular writing of this novel took him by surprise as he never wrote anything having a style that rhymed. The story opened up one day after returning from and finishing a screenplay. Then, the miracle of words began to pour out, like never before in his life.

"What I thought was going to be a small memoir of living in turned into a year and a half long novel. I just decided to go with it and I couldn't believe how it transpired."

Published by Zondervan/Tehabi Books for a photography book called, "Sunday In America" in 1997, Mark thought sending a ten chapter proposal to Zondervan to see if he had anything would be a place to start. A letter back from Lyn Cryderman, Vice President and Publisher of Books at Zondervan replied with, "I must tell you that this was well written." "That really encouraged me to continue," Mark says. "Una Storia Amore" was finally finished in The Summer of 2006.