BEFORE THE PICTURE FADES

The True Story of Love, Legacy and Unforeseen Triumph 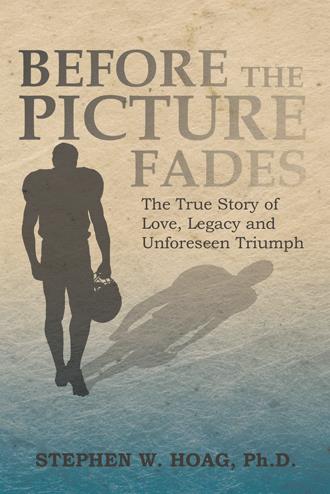 In life, that period between birth and death, there are moments where the untainted daydream, so preposterous and implausible, may only be spoken in a whisper. Otherwise, it will vanish like a puff of smoke upon the wind.

This historical tale describes a period from the birth of a secondary school in 1916 through the subsequent 70 years when the decisions of men of good character and educational talent did all that was possible to reach one outcome but henceforth created the circumstances for the most miraculous antithetical moment in school history.

“Before the Picture Fades” is written from the eyes of, within the heart of, and sculptured by the thoughts of someone who along ago embraced Lyman Hall High School with a love usually reserved for singular persons in one’s life or institutions worthy of limitless devotion.

“Before the Picture Fades” is the factual story of Lyman Hall High School athletics and the school and community's commitment to develop and sustain annual championship-level basketball teams. With the best of initial intentions, basketball became all that school administrators, faculty, and students could have envisioned. However, with the clearing of obstacles and impediments to that end, the sport of football was diminished, discontinued, and all but vanished from the landscape of high school athletic traditionalism.

After seven decades of gradual gridiron torment, almost at the very moment in time when Lyman Hall High School almost lost its coach, with the fewest number of football aspirants in school records, a miraculous season unfolded. In keeping with all that had transpired to football over VII decennium, the 1985 football season brimmed with challenges that could never have been foreseen.

As many legends of LHHS lore have passed from this life and members of the 1985 football team have also died, it was incumbent to tell this tale of trial and triumph before no one is left to paint the story that began in 1916.

This narrative's facts emanate from historical reportage, including documents, letters, scrapbooks, yearbooks, newspaper articles, and documented conversations and discourse, extrapolated from over 200 interviews of varying numbers of participants and personal chronicle (diary) entries that date back to 1962.

By creating many student-driven organizations and activities, the principal empowered the student body and faculty to embrace a dynamic spirit of the soul. Removing all obstacles, including the football team, basketball became the centerpiece for the school and community.

Through almost 70 years, basketball at Lyman Hall High School in Wallingford, Connecticut, was sacrosanct, leading to countless wins and championships.

Amid the deleterious events regarding football over seven decades, the most improbable and, indeed, the most impossible of moments came in the form of a miracle, the 1985 state football championship for Lyman Hall High School. “Before the Picture Fades” is the story of the events that resulted in that miracle. Nary, a rah-rah sports piece with exciting moments and colorful characters, this book examines circumstances and consequences that often face public secondary schools.

Whether you shake your head, laugh, or cheer loudly, “Before the Picture Fades” will swing the door of your heart wide open with endless exultation.

An innovative, passionate educator, football coach, and mentor, Dr. Hoag was a Connecticut State Department of Education member for over 35 years. An accomplished speaker, he has entertained and thrilled audiences throughout his lifetime with his anecdotes and philosophy on teaching, parenthood, athletic coaching, and leadership. Dr. Hoag has received state and national recognition for teaching, coaching, education assessment, and community service. Of the many awards, Dr. Hoag was the recipient of the national 2008 C. Thomas Olivio Award, presented to one person annually for leadership and creativity in student assessment by the National Occupational Competency Testing Institute. In 2013 Dr. Hoag was honored with the Silver Eagle Award of the Connecticut Council of Deliberation for “sterling service to uplift humanity”; and the 2016 Outstanding Community Service Award by the Urban League of Greater Hartford. Dr. Hoag created and directed the groundbreaking Developing Tomorrow’s Professionals (DTP) program for Black and Hispanic young men. Stephen Hoag is the author of “A Son’s Handbook, Bringing Up Mom with Alzheimer’s/Dementia,” a stirring personal account of his ten years caring for his mother with this dreaded disease. In 2018, Dr. Hoag’s romantic novel, “Whisper of a Kiss,” was released with the emotional moving book “Vows” in 2020, winning acclaim for its inspirational acumen and encouraging approach to understanding one person’s impact on another.