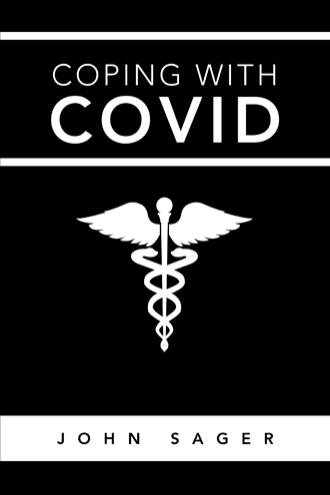 Hunt’s Point, home to some of the Pacific Northwest’s wealthiest and most influential citizens, is a nearly-private enclave jutting northward into Lake Washington, a few miles east of Seattle. A few of the homes at its northern extremity have their own swimming pools, even though a person can swim in Lake Washington, only a few steps distant. That would be true in the months of summer, but in other seasons Lake Washington’s waters are too chilly for swimming. That is why many of these pools are heated: their owners can swim whenever they wish.

One of the families so blessed belongs to Harry Williamson III, the leading partner of Williamson, Garland, Smithson and White, Bellevue’s oldest and most prestigious law firm. Williamson, at age 50, is probably the most capable—and feared—attorney in Washington state. A client can expect to be billed 400 dollars an hour for the firm’s services, which is why nearly all of the firm’s business comes from corporations and the city’s largest retailers.

Despite the family’s considerable wealth, Harry and his wife Marie decided that their only child—daughter Deborah—should attend Bellevue’s public school system, rather than the few private schools that were available and easily affordable. Deborah—Debbie, as her many friends called her—had become a beautiful young woman, at 18 years Bellevue High’s most attractive and sought-after female. Some of her friends, behind her back, spoke of her as a spoiled brat, beautiful, rich, and fearless. Most of this was pure jealousy. Debbie was smart and she already spoke passable French. But she was restless. Graduation was approaching, she hadn’t yet decided on a career path and, most of all, she had not yet found ‘Mr. Right.’ She really didn’t wat a career; she wanted to get married, have several kids, and let her husband do the rest.

As she thought about it, she decided she should invite some of her friends to her home. A few of them were facing the same uncertainties that bedeviled Debbie. It would be good to share ideas and, by inviting a few of her male classmates—especially her boyfriend, Jimmy Parsons—they could talk about their futures.

She was beginning to like Jimmy. He had already been accepted by the University of Washington, planning to get a degree in civil engineering. Those kinds of jobs, eventually, would guarantee a good salary, enough that she and Jimmy could live comfortably. But, hey, Jimmy was just a friend. Marriage was probably the furthest thing on his mind.

Enough daydreaming. Debbie had to persuade her mother that holding a party in their home would be okay. Mom had already spoken—more than once—about the dangers of people getting sick from this so-called Coronavirus, especially if too many people gathered in one place. But Debbie persisted, promising that her guests knew the rules about masks and social distancing.

Finally, after several days of this non-stop badgering, Debbie’s mother gave in. ‘Okay,’ she said. ‘Invite you friends but don’t say I didn’t warn you!’

Debbie sat down with her laptop and designed, and printed,15 invitations. Eight for the boys—one especially for Jimmy—and eight more for her girlfriends. First thing the next morning they were in the mail. Each invitation provided the details: next Friday, 5:30 to ten p.m. Come as you are but bring a swim suit. We’ll gather in my downstairs rec room and, please don’t tell my mom, but the bar is fully stocked and we can drink whatever we like!

Much to her surprise, her mother decided to visit a neighbor while the party was in train. Her father was on a business trip, meaning No parental watching!

Although she had learned to cook, Debbie insisted the evening meal be catered: slices of chilled, cooked ham, French fries, chilled asparagus tips in Bearnaise sauce, avocado slices with lemon juice, small glasses of champagne and Baklava for dessert.

Then, into the heated pool! Every guest had brought his/her swim suit, the girls showing off with the two-piece variety. Debbie’s figure was the envy of all her guests. She waded to one side of the pool, the water up to the top of her shoulders. She motioned for Jimmy to come join her, which he did. As he snuggled up to her, he reached down with his right hand, between her skin and the swimsuit, found her stiffened nodule and began to massage it.

“Ahh! Oh, my God, Jimmy! That feels so good!! But let’s wait until the others leave. Then we can go to bed and do it right!”

The home’s downstairs rec room featured a well-stocked bar, a small dance floor, and two small adjoining bedrooms. As soon as the last guest left, Debbie took Jimmy’s hand and led him into the nearest bedroom. The two lovers were so into each other than neither considered he should use a condom. The made love, twice, before falling asleep.

Early the next morning, Debbie was aware that her mother was sleeping, soundly, she hoped, in the family’s upstairs bedroom. She showed Jimmy the way to the nearest exit, kissed him goodbye and went back to bed.

An hour later, she showered, then went upstairs and found that her mother had prepared breakfast.

“How was your party, Sweetheart?”

“Oh, Mom, it was perfect! Everybody had a good time, everyone went for a swim, the meal was perfect, nobody drank too much and they all agreed we should do it again!” 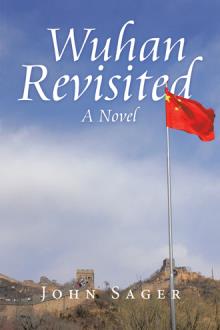 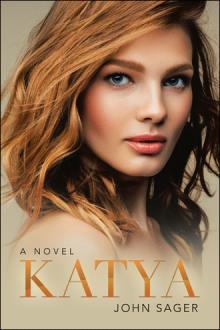 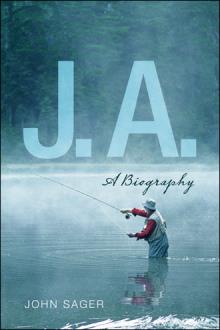 In his most recent novel, author John Sager provides his readers with a fictional account of how individuals and families deal with the Coronavirus pandemic. Each chapter is a separate story, offering examples of fear, uncertainty, despair and, usually, a satisfying conclusion. At the time of writing, an effective vaccine is being distributed throughout the United States and if herd immunity eventually becomes reality, readers may consider the novel to be passé. Should that happen, it would be a good thing.

John Sager is a retired United States intelligence officer whose services for the CIA, in various capacities, spanned more than a half-century. A widower, he makes his home in the Covenant Shores retirement community on Mercer Island, Washington.