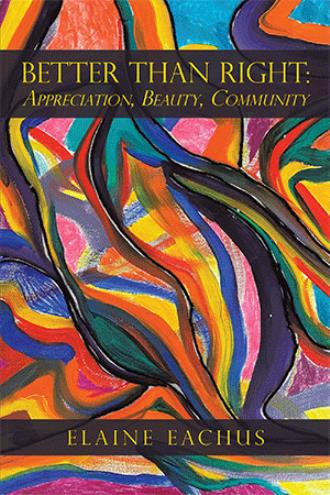 Placed on the downside of this cycle is pecking order mentality where my husband and I are neither the producers nor consumers we used to be. Our value in the marketplace has diminished. We buy fewer big-ticket items. We are trying to downsize only to find the next generation isn’t interested in our treasures or those for which we are stewards from previous generations. Our social location, like the rest of humanity, is moving. But by our new understanding we can now see ourselves in a schema seeking a purposeful context. Pretty neat that we are a part of such a grand undertaking. Wendell Berry said that the models in agricultural science have moved us farther from locating ourselves in history and a place in creation. This Kentucky philosopher sees the small farmer becoming superfluous, an outsider, and a waste in problem-solving models. Concentrating farmland into larger holdings with fewer farmers moves the focus to consequences of overhead, debt, technology, and the capacity of machines to become financially accountable and defeat the competition. He stands against such a piecemeal approach to life and culture. Rather he argues that agriculture, the unifying cycle that preserves health, fertility and renewal in nature, has been sliced and diced into models that include ways to prosper, where bigger is better, and incidentally makes use of their favored technology which incidentally becomes profitable and promotes the ideal of the model makers’ tightly controlled and circumscribed parameters. Missing is the mysterious, complex, and playful interdependence where human culture joins the life in the cosmos. He would agree with Irish priest/poet John O’Donohue who wrote, “You have traveled too fast over false ground Now your soul has come to take you back.” Here’s where it gets interesting! Theologian Paul Tillich described God as the Ground of Being. From McHargue‘s notion of cosmic dust, Berry breathes life into that very ground, much as Genesis 2:7 did, “… then the Lord God formed man from the dust of the ground and breathed into his nostrils the breath of life; and the man became a living being.” Berry’s soil, like Genesis’, is the matrix of culture and community. He sees the distinctions between body and soul, health and dis-ease, heaven and earth as false dichotomies limiting the infinite and expanding universe. The fallout of the pecking order is exclusion of missing parts of the whole. Ecclesiastes 3:1 notes, “For everything there is a season and a time for every purpose under heaven.” Nothing excluded, everything is within the wheel of life. Consequently, those things that have been deemed outside our epicenter of life’s meaning, the wildness, wilderness, and what some see as expendable, have much to teach us about health. Sir Albert Howard wrote that to preserve the farm, we must study the forest. Just as body and spirit, individuals and community have been falsely separated, we learn they are susceptible to each other and conductors of each other’s realities. The environmentalists tell us we cannot do just one thing. To include, not dominate or overcome, but to heal, complicates things. To use Martin Buber’s “I-Thou” notion of encounter is the honoring of the sacredness of each other’s experience and context. Health comes when the process and the cycle of birth, growth, maturity, death, and decay are in balance. The most foundational health is the ground beneath our feet. Healing our notion of the earth is in concert with healing our own brokenness, within ourselves, within our relationships, within and between communities, and our Mother Earth herself in her place in the cosmos. Pecking orders are competitive markers necessary to affirm the rightness of our position. But finding ourselves, our roles, appreciating the variety and complexity of the earth is broken open anew each day. 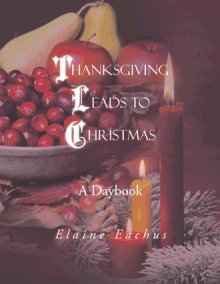 ‘’After a disquieting trip to Palestine in 2014, which was immediately followed by the Second Intifada in Israel, she was blown off her life’s course. In turmoil she read extensively looking for a refuge from the shock of her encounters. Rumi, Wendell Berry, Richard Rohr, Mary Oliver, Thomas Merton, the liberation theologians, and mystics lifted their lights for her. Better Than Right is one woman’s steps toward meaning. Definitely not a superhighway, her story is full of twists and turns, denoting her reflections and journey to make sense of life. She walks gingerly on a path that feels like a bewildered child caught in the crossfire of a bitter divorce. Her literary camera has both wide angle and close-up lenses to catch the sweeps and the detail of her journey on the third planet from the sun. Better Than Right invites you to see if her description resonates with your experience. Better still, does her light offer solace and hope for your next mile?

Elaine Eachus is a student of life. Currently her classroom is the South Florida COVID-19 environment which has shrunk her access to the physical world. Searching for "something more" she seeks clues to a more generous landscape, greater appreciation of the moment, enjoying others as gifts, not problems to be solved, joining the discipline and privilege of being an entrusted participant in an ever-expanding universe. A wife, mother and grandmother, she has been a public school teacher, elementary school librarian, director of gifted education, a pastor and an interim minister, Eachus seeks to put the pieces of her life into a meaningful whole in the constantly changing blur of life today. She has masters’ degrees in education, library science, divinity, and a doctorate of ministry in preaching. Her passion for gardening provides a canvas to reflect and practice the art of living in these times.