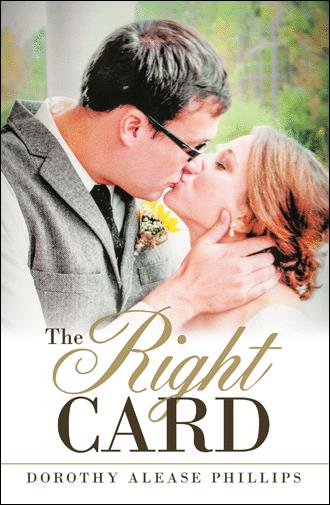 Judith Johnson had browsed the card counter for almost fifteen minutes, reading an assortment of birthday cards. Now, lingering at the humorous section, she smiled as she read a series of comical verses. Holding a card shaped like an hour-glass woman, suddenly she laughed. Aware of her outburst, she glanced around to see if anyone had heard. She was startled to see a tall, young man standing six feet away with arms crossed loosely across his chest, looking at her with a bemused smile.

“Oh, my,” she said, “I didn’t mean to laugh aloud, but this one is funny.” As he approached her, she handed him the card. “See if you don’t think it’s funny.”

As he read the card, Judith gave a quick, examining glance. Tall and handsome. Dignified. Stylish, grey suit. White shirt. Maroon tie. She wanted to put her hand over her heart; for, strangely, it began beating rapidly. She did not move.

Having read the card, the stranger laughed. “You ‘re right,” he said. This is funny.”

Another quick assessment. Beautiful, white teeth and a smile that brought a dimple to his right cheek.

Compelled to give an explanation, Judith said, “I’m looking for cards for my mother’s birthday next week. I have this little oddity: I always give her two cards – one that is humorous and one that is sentimental. I like for her to have a good laugh but then I like for her to know how much I treasure her.”

“I like this humorous card,” the young man said. “Is there another one like it? I need a card for my mother. too.”

He moved closer and said, “By the way, my name is Scott Jacobs, and you are?

“Judith Johnson,” she said and extended her hand.

He took her hand to shake but did not let it go. “Now, Judith Johnson, since we have been introduced, I need to ask you something.” He paused; her heart raced. With mocked seriousness he asked, “Will you marry me?”

Judith laughed and answered, “Yes, but it will have to be after next week, for I have a lot of papers to grade.”

“So, you are a teacher. That is perfect.” Scott said. “I’m a minister. I pastor the Community Church in Zilford just 35 miles away. Preachers and teachers make great combinations, you know.”

Judith smiled and turned away. “I need to pick out my sentimental card. Look at this,” she said. “I had almost settled for this one earlier.”

“October, the seventh,” she said.

“Can you believe it,” he said with amusement. “My mother’s birthday is October, the seventh! Now, that just goes to show you that we should get married; we would never forget our mothers’ birthdays.”

As they paid for their cards, Scott said, “Judith Johnson, would you go to Starbuck’s with me for a cup of coffee?”

She hesitated, looking at her watch. “I’m going shopping with my mother at two o’clock.”

Scott looked at his watch. “Good. That gives us plenty of time for two or three cups of coffee and a dozen sweet rolls too.”

When Scott touched her elbow as he escorted her across the street, Judith was aware of his nearness, his cologne, his manliness.

Over coffee, the two learned much about each other. Sometimes they chuckled; sometimes they spoke with quite seriousness.

She was an only child. He had two brothers and one sister.

Her widowed mother lived near her. His parents lived 200 miles away.

She had taught senior English for two years. He had been pastor of the Community Church for a year. It was his first pastorate.

At length, Scott looked at Judith and said quietly, “You know when I was praying early this morning, I told the Lord I needed a wife. I, also, told Him some things I wanted in a wife, and one thing I prayed was, ‘Lord, if it can be your will, please give a wife with a keen sense of humor.’ When I saw you giggling over those cards, I said, ‘Lord, I didn’t know you were going to answer me so quickly.’ That’s why I asked you to marry me. Now, I’m not going to ask you again at this time because I know you have papers to grade, but I truly believe I will ask you again.”

Judith smiled and surprised herself by saying, “I’ll hold you to that so that; someday I may tell our children and grandchildren that you asked me to be your wife the first time you saw me.

He reached across the table and said, “Let’s shake on that.” He added, “I have one other request.” He covered their two hands with his free hand. “Could we name our first son Jude Jacobs? Jude after you and Jacobs after me. Jude Jacobs. That sounds good. It would be a good biblical name for a pro quarterback.”

Judith shook her head and laughed. This wonderful man. How much fun it would be to be his wife.

Before they left the table, Jacob removed a small, leather book from his jacket. “Give me your telephone number, Judith. I will be calling you.” He wrote down her number and reached for the check.

“Judith, there is one other thing I need to say. I flirted with you today, didn’t I?” 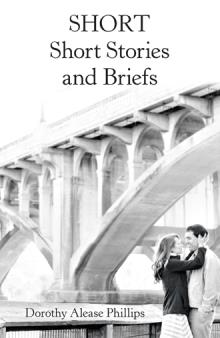 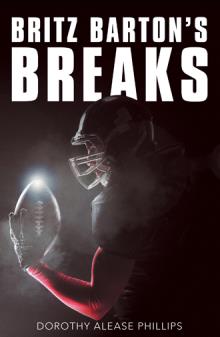 Scott Jacobs has everything – youth, good looks, intelligence, charisma, and a thriving church to pastor; yet, he has a need. He longs for a God-given helpmate. He wants a wife. Courting under the scrutiny of a congregation, however, presents multiple challenges.

Dorothy Alease Phillips, a former high school teacher, taught English and journalism for over 22 years. She was married to the late Dr. Chester Phillips, a Baptist minister, and aided in his ministry for over 40 years.

As a teacher, minister’s wife, and mother of three children, Phillips has geared her writings to various age groups in short stories, teen novels, romance novels, plays, and free-lance nonfiction. She attends writers’ conferences to hone her craft and to fellowship with other authors.