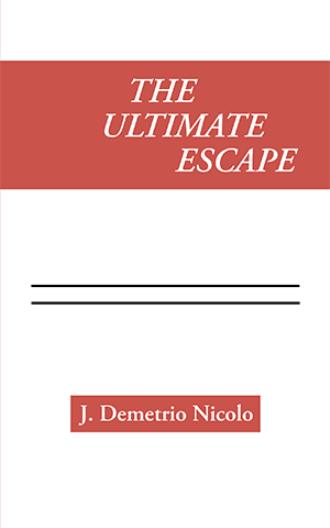 It has been theorized that one’s mental and physical well being can be directly related to the level of stress one experiences. Of course, if this is a reality, it is not farfetched to think that the intensity and duration of the high level of stress experience can be devastating over a long period of time. This happened to be the case with Jonah Long, who because of his internal drive to be successful, made him an ideal case for reaching his mental breaking point. Since he had never discovered how to relax and do the things that normal people do to relieve stress, he was well on his way to catastrophic consequences. This is when he enlisted Arnie, one of his colleagues at work to help him. You see, Arnie also had the same dreams and drive to reach optimal success but for some unapparent reason, he never displayed the tell tale signs of stress and strain. On the contrary, during their occasional encounters, Jonah noticed that Arnie always displayed an amicable and sensitive attitude. Arine was always in good humor and more than willing to lend a hand or come to the aid of anyone he believed he could help. It was for this reason that during a break from one of their staff meetings, Jonah approached Arnie and clumsily tried to inquire as to Arnie’s secret in dealing with the very stressful circumstances surrounding their work assignments. Both men worked as attorneys for a very prestigious law firm. They had similar responsibilities in litigating cases involving high profile clients engaged in political matters. Their primary task is to mitigate any controversial issues that could negatively impact their client’s standing within their political party or even worse their status with their constituents. Cases varied in severity from simple misdemeanors like driving under the influence to more sophisticated issues involving misappropriation of monies or receiving gifts, favors and other such gratuities. Keeping clients from public scrutiny and possible prosecution for misdeeds, at times seemed to be almost impossible and Jonah spent many long work days and sleepless nights trying to cope with the pressures that were brought to bear by both his clients and law firm executive officers. Neither the client nor the executives seemed to care one iota about whether or not they had erred but rather that it was up to the firm’s legal staff to resolve problems without a hint of blame on them. In fact, if the attorney could be held liable for whatever outcome came about, like disbarment, or even worse prosecution, then so be it. Just as long as the client was absolved and the law firm was never held liable. Several methods were employed to keep the law firm attorneys in check such as nondisclosure agreements, possible legal action by government attorneys and threats of making it impossible to acquire employment with another firm or even within the broad spectrum of legal practice, if the attorney decided to leave. Knowing the level of certain client misdeeds weighed heavily on Jonah’s conscience at times, to the point where suicide would enter his mind as the only possible escape from the mental living hell he was experiencing. He couldn’t discuss any of his issues with his superiors as they made it very clear that such an action would implicate them and subject them to the same legal dangers he was facing. He was often reluctant to discuss a case with his best friend, his wife Anna, as that would make him even more stressful as she would surely try to convince him to do the right thing and blow the whistle on his client and law firm. No, this was Jonah’s dilemma to deal with and he and only he had to figure out a solution or at least learn to live with the situation. It was this latter thought that led him to approach Arnie and solicit his expertise in coping with his stressed out state of mind. Much to Jonah’s surprise, Arnie not only responded in an exuberant way, but seemed to know exactly how to help relieve Jonah’s stress. Without even knowing the full extent of Jonah’s concerns, Arnie leaped into action, pulling Jonah aside and telling him that he had been there himself and proceeded to describe exactly what Jonah was going through. This shocked Jonah since he had never discussed details of his situation with anyone but yet Arnie’s description was right on target. It was for this reason that Jonah listened intently to what Arnie had to say and decided to invest in whatever solution Arnie was willing to share with him. Arnie’s words were etched in his mind and it was these words that led Jonah to an experience he would never forget. “Jonah, I’ve lived what you are going through, what you are agonizing over and I have the perfect solution for freeing you from your mental prison. I have the “Ultimate Escape”!

It has been theorized that one's mental and physical well being can be directly related to the level of stress one experiences. Of course if this is a reality, it is not farfetched to think that the intensity and duration of the high level of stress experience can be devastating over a long period of time. This happened to be the case with Jonah Long, who because of his internal drive to be successful, made him an ideal case for reaching his mental breaking point. Since he never discovered how to relax and relieve stress, he enlisted the help of one of his colleagues, a person who had the same dreams and drive to reach optimal success but never displayed the tell tale signs of stress and strain. Without even knowing the full extent of Jonah's concerns, his colleague leaped into action for freeing Jonah from his mental prison and proposed the perfect solution, the Ultimate Escape..

J. Demetrio Nicolo began his literary career in 2004 with the publication of a fictional novel titled the Silent Treatment. Subsequent to that publication, his next endeavor was in 2017 with the publication of a book titled Alec that had a personal biographical theme involving his early childhood interaction with his father. His latest work,The Ultimate Escape,marks his return to the world of fictional writing. In pursuit of his passion he plans to continue authoring in the literary realm of both fictional and biographical styles.