From Howe Street to Accra

My adventures working on the groundbreaking film Coming to Africa 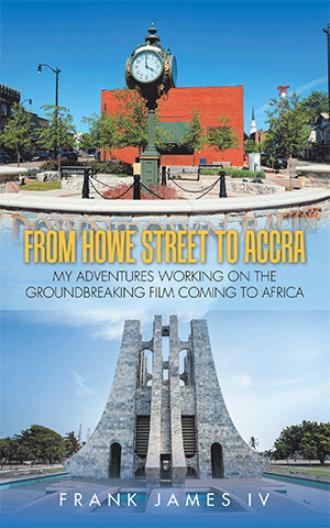 Everything was in effect for us to start shooting the film. Anwar was ready to direct and Powwah was ready to deliver an Academy Award winning performance. Bassy had the crew ready and of course Yours Truly was ready to step up into the role of assistant director. There was one problem. The Hollywood star wasn’t in Africa. Anwar had worked hard to find some notable actors to play certain roles to enhance the appeal of the movie. Anwar had informed me that unless people were A list they usually were available. With this in mind he had gotten Khalil Kain who played Raheem alongside Tupac Shakur in Juice to play a role. The main lead was supposed to the actor I previously mentioned who had lip synced a famous singer in a Hollywood film. Now remember when we were still in the USA this actor was supposed to be getting his passport and whatnot in order before we left. Well needless to say the fakeness I felt this dude was about was beginning to manifest. Anwar was talking the actor on and off on the phone for the first few days we were in Africa. I don’t think the actor was supposed to come until the day before we started shooting. The wrongness I felt was becoming clearer to me by the minute but I didn’t say anything. I was new to the film business and what did a dude who started his hustling career in Racine and finished in Detroit know? I knew bullshit and to me that is what this actor was on. But I could feel Anwar’s energy towards getting the actor to play the role. So I sat back and watched the interactions between Anwar and this actor. I remember asking Anwar out of curiosity what he was paying dude. Anwar sat back and said, “It was grown man money.” I could tell by his vibe that he didn’t want to give me the number. The actor had just finished telling Anwar on the phone he would go to the Ghana Consulate in New York to get his passport on Friday. Shooting was scheduled to start the upcoming Monday night. Anwar was fine with this and the crew was good with this information. I thought it was kind of fishy because there was something about this actor and him getting the passport that seemed off. On Friday I knew what it was and so did everyone else. The Ghana Consulate was closed on Fridays. Everyone was distraught and so was the actor according to Anwar. I sat back because I knew what was coming and it wasn’t the actor. 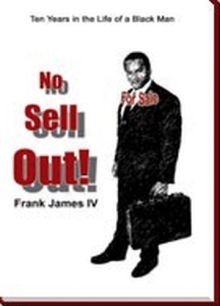 From Howe Street to Accra is a fun, fast paced story of the behind the scenes making of the film Coming to Africa. The book details how an inexperienced journalist wound up being an assistant director on a motion picture. The book also talks about the obstacles that the US based crew had to overcome working in a foreign country. The book also depicts the mental trials a born loner has to overcome to reinvent himself and break out of the prison of his own mind.

Frank James IV is a free spirited individual who lives in the Mid-South area of the USA. Mr. James has worked in television, written for online magazines and Midwestern newspapers. Mr. James teaches British Literature to high school seniors to pass the time when not writing or enjoying life. Mr. James other works include the novels: No Sellout! 10 Years in the Life of a Black Man and Too Perfect.