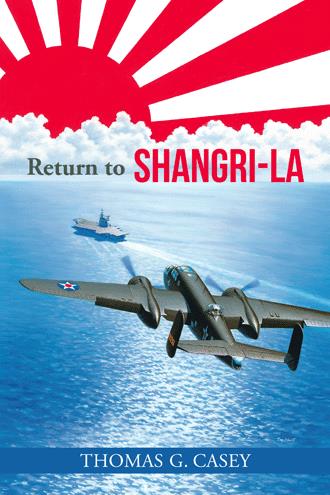 It was early afternoon in Franklin Square, Long Island on Sunday, December 7th, 1941. The family of Charles P Reed had learned the Japanese had attacked Pearl Harbor and Wheeler Army Air Field where his younger brother was killed. Charles’ son Chip at age six was exposed daily to his father’s uncontrolled hatred for the Japanese, which would affect his adult life forever. At the age of nine, Chip saw his first war movie called “30 Seconds over Tokyo” and was fascinated by the mission and the eighty men who flew on B-25’s bombers to attack Tokyo and five other cities. He frightened the audience with his outburst of cheering and yelling when the bombs hit their targets killing many Japanese. Chip’s adult life was plagued with tragic losses involving a Japanese automaker. His wife and young son were killed in her Japanese sports car in a head crash with a Japanese built pickup truck. Years later his future wife driving a Japanese SUV ran off a road and overturned nearly killing her. He became a pilot for National Airlines and successful real estate investor making it possible to fulfill a dream to own a North American B-25 like one used by Doolittle to bomb Tokyo. He finds his B-25, has it restored and names it “Ruptured Duck” after one of the planes used on the Doolittle raid. In his newly restored plane, he attends a popular Florida air show and participates in a program featuring a simulated attack on Pearl Harbor, in which he is attacked by Japanese fighters. The day after the show he was flying to his home base when suddenly challenged by one of the shows Japanese Zeros in a real dogfight. During their battle the Zero’s engine blows up sending pieces of its engine into the flight path of Chip’s bomber causing serious damage and forcing him to crash land killing his co-pilot and best friend. While hospitalized and recovering from injuries he learns he has a life threatening disease which can shorten his life. He decides to make plans to make the Japanese pay for all his personal losses. His plan is to fake a historic tour with his plane flying across China as a tribute to Doolittle and his Raiders. He manages to convince the Chinese Government his historic tour would be to visit the crash sites and villages where the Raiders traveled to escape the Japanese soldiers. His actual plan was to use China so he could fly across the China Sea and enter Japan hopefully avoiding Chinese and Japanese air defense systems. His goal is to locate the automobile factory in Tokyo which killed his family and best friend and to commit suicide by crashing his plane into the Zoto Automobile factory hopefully killing its owners. Chip ships his plane to Hong Kong, where he begins his well planned tour to visit the Chinese villages and cities the Doolittle Raiders used to escape capture by the Japanese military. He hires an experienced Chinese co-pilot named Charlie to help guide him through China. Using the tour’s completion as an excuse, he tells Charlie to arrange to buy a ton of fireworks for a special celebration party at the American Embassy in Beijing. Take off with Chip, the Ruptured Duck and his Chinese pilot for his adventure in China stopping in Shanghai for maintenance. He secretly takes off without Charlie but with a ton of fireworks on board. He leaves China and flies solo across the China Sea on his final leg to reach Tokyo. But first he has to avoid Chinese and Japanese air defense systems. He is immediately located leaving China air space and enters Japans air space. He refuses to follow the Japanese orders to land and told he will be shot down if he continues to fly over the Japanese homeland. He deliberately flies over populated areas thinking they will not shoot him down. He is going to Tokyo to complete his mission. Follow Chip’s adventure following the Doolittle Raiders routes to safety through China with a Chinese pilot guiding him on his flight plan to Shanghai and begin his secret solo flight to Japan. 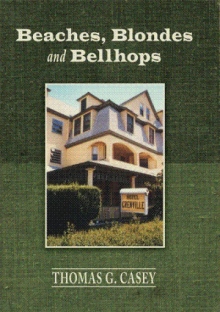 It was Sunday afternoon on December 7th at the home of Charles Reed. His wife, daughter and six year old son Chip hear the radio report that Pearl Harbor is under attack by Japanese planes. Charles learns days later his brother stationed at Wheeler Field was killed, which ignites an uncontrolled permanent hatred for the Japanese which his son Chip quickly inherits. Thirty six years later, Chip Reed, a senior airline pilot and successful real estate investor, loses his wife and son in a head on crash in her Japanese sports car hit by a Japanese pickup truck. A year later he buys a B-25, has it restored and named “Ruptured Duck. After the show, he is in a real dogfight with a Japanese pilot flying a Zero fighter from the show which blows up in his flight path causing severe damage to his plane and forced to crash land killing his best friend. While recuperating he learns his life will be cut short due to a blood disease. He makes plans to settle his grievances and hate for the Japanese and makes plans to have revenge with the Japanese automaker for killing his uncle, his wife and son and best friend. With his plane completely restored, he tells the Chinese Government he wants to take his plane of tour of China visiting the towns and cities the Doolittle Raiders escaped through. His plan was approved and he ships his plane to China to begin his mission to end his life flying into the auto maker in Tokyo who killed his family and best friend. Chip Reed will have to outsmart the Chinese and Japanese defense systems before he can reach Tokyo.

Thomas G. Casey was born in Brooklyn, New York and raised in Westfield, New Jersey. After serving in the USAF as a flight engineer for the Military Air Command during the Korean War he moved to Florida and today lives in Sarasota with his best friend and wife Catherine and two Shih-Tzu pups, Lady and Missy. A private pilot and experienced sailor he worked for SAIL Magazine for thirty years. His work took him to almost every island in the Caribbean calling on Governments and international chartering companies, which led him to write an adventure novel called Island Drummer. He also wrote a personal story about his job working at a New Jersey Beach hotel, Beaches Blondes and Bellhops. Most recently he wrote an illustrated children’s educational book called “Angus, A Boy & His Sailboat” with his own artwork. As a devoted fan since childhood of Jimmy Doolittle and the eighty pilots and crews who flew the famous raid on Tokyo in 1942, Tom volunteered to manage the Doolittle Tokyo Raiders Association. He and Catherine became their business managers arranging all their annual reunions and public appearances. Recently Tom was elected President of the Association to continue the legacy of their mission and their personal dedication to family and country.