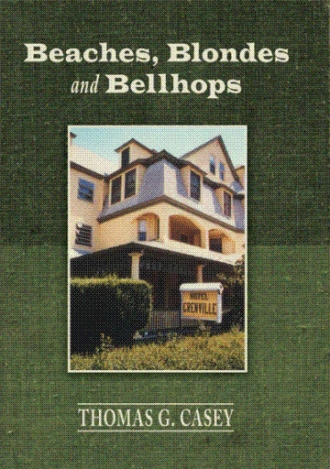 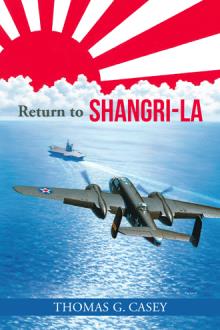 The , still healing from WWII, found itself with all its military branches involved in a new war called the Korean War. It was labeled by the Pentagon as a “police action.” Most of the fighting men and women were veterans of WWII, however, a call to arms ignited a new generation of men and women to volunteer for the military.

This story reflects the emotion and decision of a young high school senior and his friends who find themselves deciding should they  enlist or continue on with their educations. The young boy decides to enlist in the air force, but not until he has had his last summer vacation on the shore, where he spent all his vacations with his family. He honestly believes this may be his last summer. He recruits his best friend and convinces him they need to go down to the shore and find summer jobs on the boardwalks or resort hotels. On a weekend in May, they con another friend, one with a car, to take them to , where they would begin their search. They find an opportunity at an old hotel in Bay Head, where they lie about their age and convince the hotel owner they can perform the duties of his two required bellhops for the coming season. They are hired and become the season’s new bellhops for the Grenville Hotel. It’s the summer of 1951.

Join Tim and Bobby for the most exciting summer of their lives, full of adventure, romance, and even heartbreak. In these few short weeks of summer, they find themselves in a variety of adult situations they had never dreamed of, like the hotel owner who created and maintained a harem of married women who came each year for more than fun in the sun offers to share his fantasies. The boys also get caught up in a murder investigation of one of the guests, and they witness the affairs of married couples who come annually to exchange their partners. One very attractive and wealthy lady who had her own private suite each summer attempts to seduce and adopt Tim and take him home to . Tim sadly falls in love with a young lady already spoken for, while Bobby faces his first encounter with a young girl looking for love. The summer comes to an end and has changed the lives of these two young boys who became young men during the summer of 1951.

A native of , Thomas G. Casey enlisted in the U.S. Air Force during the Korean War. He discovered during his training and made his home after finishing his enlistment. For the past forty-five years, he has served the boating industry as a marketing director/sales manager for two famous powerboat companies. More recently, he has served in the publishing business for thirty years, representing national boating magazines. Residing in for the past twenty-eight years, Tom and his wife, Catherine, as a hobby, breed and raised American Paint Horses for seventeen years and showed national champions. He also served as president of the Florida Paint Horse Club.

His first book, a novel called Island Drummer, was published ten years ago. Today he is semi-retired, enjoying his life with Catherine, their two Shih-Tzu pups and favorite brood mare, “Blondie.” He still holds a private pilot’s license, and he loves to sail and travel. He is the managing director for the famous WWII flyers, the Doolittle Tokyo Raiders, tending to all their needs, including reunions and public appearances.

This book is based on his experiences working as a bellhop at a resort hotel on the shore. It was his the last summer of his youth and a summer that he will never forget, nor want to.