Jack and Mack in the Quest for the Sword of Fire 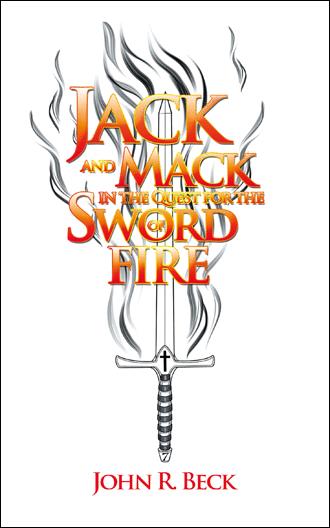 Never feed your dinosaur something that smells like you or they may munch on you instead of your enemy. That was why a nine-foot-tall giant named Rog dumped stinky volcanic ash all over his bulky orange and black armor. He also covered his head and hands with green war paint just to look scary. Then Rog lumbered down a tunnel into a massive cavern inside a dormant volcano. The volcano, called Neth, was located deep in the harsh Unknown Lands. Once inside the cavern, Rog mounted his carnotaur. It reared up and roared! At Rog's command two thousand warriors mounted their carnotaurs. These eight-foot-tall, supernaturally sinister giants were called the Nethog. Rog then promised Emperor Og that he would conquer the Known Lands to avenge their banishment. But Rog also had a secret plan and needed the Sword of Fire to do it. 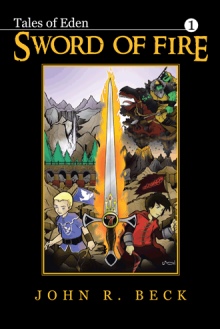 Twelve-year-old Jack goes on a problem-plagued pilgrimage to see the Sword of Fire guarding the Garden of Eden and ends up facing a sinister giant seeking immortality.

John R. Beck lives with his beloved wife and children in the United States.