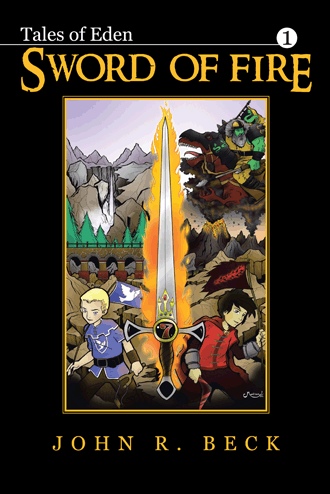 Never feed a dinosaur something that smells like you. They get the wrong idea. Ten thousand hungry two legged dinosaurs clawed the ground inside the northern caverns of the volcano ne’Venge. Their riders prepared for war by donning scary looking orange and black armor. Dyed green from birth, the nine foot tall giants stunk like volcanic ash. Crexor, general of the Nephilim, grabbed the reins of his mighty carnotaur. It reared up and roared. At his command the vast horde rode with him into the night. He promised his supernaturally sinister giants they would conquer the Known Lands, but Crexor also had a secret plan. He planned to live forever and needed the flaming sword from the Garden of Eden to do it. 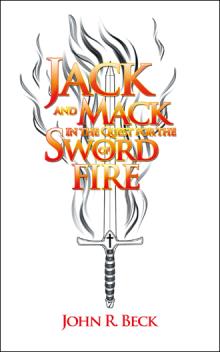 Twelve year old Jerad goes on a quest to see the flaming sword guarding the Garden of Eden. But the giant Nephilim also want the sword and will ride their mighty dinosaurs over anything in their way to get it.

John R. Beck is a ten year old trapped in the body of a high school history teacher. He lives in Michigan with his beloved wife, four children, a dog, chickens, and a few fish.