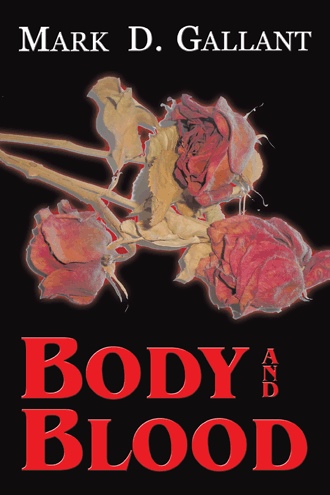 A month had passed since Annabella’s funeral, and each day saw Darius at her grave in the Maple Grove Cemetery. She had been buried at the west end of the cemetery… a vast, open stretch of flat landscape that spanned two dozen acres. Grave markers were organized neatly in rows, as opposed to the east end of the cemetery, where tombstones were scattered randomly throughout a winding and hilly terrain. Some of the older plots dated back two hundred years.
Darius preferred to spend his days here… rain or shine. It was quiet and peaceful, and gave him the opportunity to reflect and mourn in private. As the hours passed, he would grow tired and stretch out on the patch of grass directly above his wife’s grave. This was the closest he could get to her, and he found that when he rested here, their life together would flash before his eyes. Sometimes he would cry, and sometimes he would laugh. But the only constant was the anger he felt, and if it meant destroying the world ten times over to bring her killers to justice… he would do it. Of course, his brand of justice didn’t coincide with the law. In his mind, it was an eye for an eye, so those responsible would die a painful death.
The weather on this day was overcast, but dry nonetheless. Darius lay on his back staring up at the sky, analyzing the massive cloud patterns overhead. His studies were soon interrupted by a large shadow that had moved into view. When his eyes adjusted to the change in contrast, he saw a tall figure standing over him. Darius propped himself up to get a better look at the visitor, and pegged him at about six-foot-two, mid-forties, with grayish-blonde hair. He wore a dark blue collared thermal shirt with brown cargo pants and a dirty canvas duster. His gray stubble was at least three days old.
“Can I help you?” Darius said, his words laced with the slightest hint of animosity.
“Actually, I think I can help you,” the man replied in a thick Irish brogue.
“How do you figure?”
“I can offer ya somethin’.”
“And what would that be?”
The man paused. “Revenge.”
Darius gave the man a cold, hard stare, then shook his head and laughed to himself. “What’re you talkin’ about?”
“I know who you are, Darius. I know all about you. And I know what they did to yer wife. I can help ya get back at ’em. Help ya get yer revenge.”
Darius said nothing, then got to his feet and closed in on the Irishman. “You don’t know anything about me.”
“That’s where yer wrong, my friend.”
“Then spill it, or I’m outta here.”
The man hesitated, then spoke: “Yer name is Darius Rizzatto. Special Agent with the F.A.P.A., based out of Station 12. Father was Carlo Rizzatto. Also with the F.A.P.A. Killed in the line o’ duty… by vampires. And you’ve held every vampire on earth accountable. Like to take yer frustrations out on ’em. You’ve been investigated for excessive brutality… on more than one occasion. Yer wife was Annabella Rizzatto. Also murdered by vampires. And needless to say, yer about to declare war.”
Darius paused. “I don’t see how that’s any of your business.”
The man smiled. “Mr. Rizzatto… my name is Alistair Carlin. Does that name ring a bell?”
For Darius, it did.
Alistair Carlin was a vampire hunter.
Vampire hunters were considered outlaws by the F.A.P.A., and FAPA agents swore an oath to protect the vampires from these killers. During his career, Darius had been known to let the hunters roam freely, as long as they didn’t come into conflict with him.
“What do you want from me?” Darius said.
“I’m in need of yer services.”
Darius shook his head. “I have a job, thanks.”
“That’s true… but for how much longer?”
Darius didn’t answer.
“You think the F.A.P.A. is gonna roll over and let ya commit genocide against the vampires? You think they’re gonna keep ya on the payroll? You think they won’t lock ya up, seein’ ya as a liability? You want revenge for yer wife, then ya gotta leave yer old life behind, laddie.”
Darius gave some thought to Carlin’s comments, then said: “Not interested.”
Carlin grinned as Darius turned and walked away.
“I’ll offer ya yer current salary.”
Darius did not respond.
“I’ll give ya Bishop!”
Darius stopped dead in his tracks, then turned around. Carlin smiled and walked toward him, meeting him halfway.
“That’s right,” Carlin said. “I know where to find him. And I’ll gladly tell ya… if ya come work for me.”
“I’m not a mercenary.”
Carlin chuckled, then reached inside his coat pocket and took out a business card.
“I can be reached at that number. If ya decide ya want justice for yer wife’s murder, give me a call. I have an operation overseas, and I could use your help.”
Carlin made his exit, leaving Darius alone amidst a sea of tombstones. Regardless of whether or not he accepted Carlin’s offer, Darius knew that Death would ride shotgun the rest of the way. 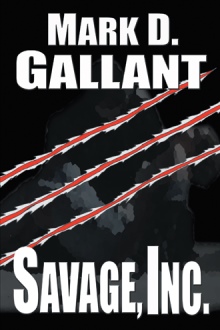 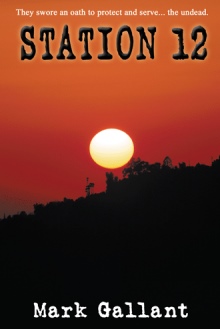 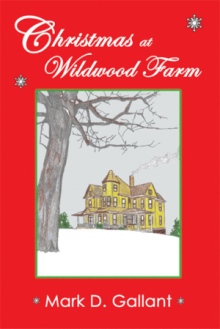 Agents from Station 12 have returned to Coral City in the wake of the Massacre with the hope of tying up loose ends. However, things have gotten more complicated since their last visit.

Rogue agent Darius Rizzatto remains a fugitive as he seeks a reckoning with the vampires that murdered his wife. His thirst for revenge has put him on a collision course with the deadly Trinity, and not even Brady and Jake may be able to save him.

It’s the ultimate showdown of good versus evil.

Mark D. Gallant was born and raised in the Bay State. Highly influenced by ’80s pop culture, he found an interest in storytelling, primarily through visual media. He drew comics and made movies throughout his teenage years, and ultimately decided to go to film school. He spent ten years as an independent filmmaker before turning his attention to writing. He spends his days wearing many hats—a cog in the corporate machine, writer, and most importantly, husband and father.