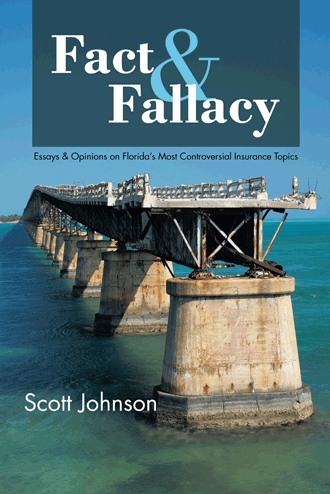 KICKBACKS & CLIENT # 9 August 29, 2011 --News broke recently that Elliot Spitzer, arguably the most exposed hypocrite in the history of American politics, was being sued for having libeled two former Marsh & MaClennan executives exonerated of any wrong doing in the most famous kickback scandal ever to hit the insurance agency/brokerage system. To this day, compensation disclosure issues plague independent agents, lawsuits are still underway in states like New York and contingency commissions under siege across the land; all a result of Spitzer's original prosecutions. In 2004 William Gilman had worked at Marsh for 28 years, Ed McNenney for 14, when Spitzer, then New York's attorney general, opened a probe into the company's account placement practices. The evidence was ugly, by any standard, and included very damning emails between carriers, clients and Marsh execs that seemed to reinforce Spitzer's charges. While Marsh paid millions in fines and restitution, as did numerous carriers and most of the other large brokerage houses; the two Marsh execs, Gilman and McNenney claimed they were scapegoats and chose to fight it out in court. After years of doing just that and at heavy expense, both emotional and financial, they prevailed and were resting peacefully until Spitzer wrote an article for the Wall Street Journal dragging their names back into the spotlight; and himself back into court. You can find dozens of documents on the original investigation and the very intriguing case that followed, including depositions, plea agreements, court and other related documents on this blog site under the Library tab on the home page; select “Miscellaneous Documents” and scroll to the bottom section titled “Marsh Kickback Scandal/Compensation Disclosure.” Of course, Spitzer resigned as New York's governor in March 2008 after a scandal in which it was revealed that he had hired a high-priced prostitute. As attorney general he had preened before camera's having busted several prostitution rings; all while building an underground reputation with the Emperor's Club Escort Service as “difficult” client number nine. Last month, CNN canceled Spitzer's low-rated television talk show called “In the Arena,” after less than one year on the air. The story of Spitzer's investigation, Marsh's practices, Gillman and McNenney's trial(s) and Elliot Spitzer's tribulations is one of the most compelling in the history of insurance. I've put it together, in a short story titled “KICKBACK” which tells how it all unfolded, and perhaps, why. Hope you find it worthy of reading. ##end## 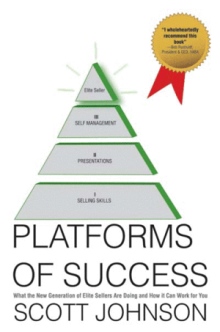 Fact & Fallacy is a compendium of blogs written between October 2009 and May 2013 dealing with subjects that inevitably rose to the top of Florida's insurance consciousness. The subjects are those dealing with the lines of property and automobile. The latter focuses on Personal Injury Protection (PIP) coverage and Florida's No-Fault law. The former delves into issues with Florida's most troubled line and matters touching on Citizens, Public Adjusters, Sinkholes and much more.

He's drafted hundreds of technical articles on insurance and association management including the original text for the Certified Association Executive (CAE) designation --a designation he was the youngest Floridian to receive. He's a past President of the Florida Society of Association Executives and was voted Florida's Association Executive of the Year in 1995. He is a charter member of the Accredited Adviser in Insurance (AAI) designation. In June 2011, Scott was awarded the highest honor possible from the Florida Association of Insurance Agents--the Mitchell Stallings Memorial Award given for a lifetime of achievement on behalf of Independent Agents and Florida's insurance industry. Scott Johnson has written two other books dealing with insurance--the first, "From Cartels to Competition", is available from the FAIA and traces the history of the independent agent and the move of the industry away from cartels to a more competitive paradigm. Scott's second book, "Platforms of Success", is available for purchase at www.platformsofsuccess.com and is a sales training manual and self-improvement text for sales professionals and a required text for IIABA's Associate of Insurance Production (AIP) designation.