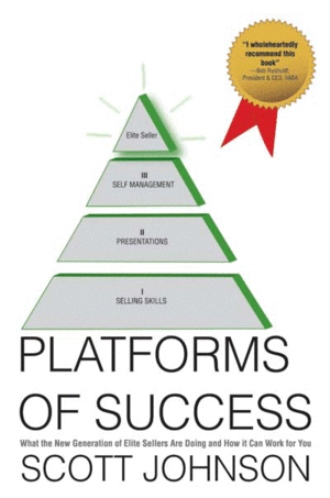 Most of what I learned about the “micro level” of time managment came from my friend and perhaps unwitting mentor, Dr. John Lee of “Time, Life & Lee”.  Dr. Lee was a management professor at who often spoke on the subject of Time Management.  At one point my company procured his services to advise on what we could do to make our staff and our sellers more productive.  He had a concept for the micro level that was like the Fuller Factor was to the macro level--an overriding concept that can make all the difference in your success or failure.

John Lee called the concept Las Vegas Engineering; referring to Vegas Casino’s who were experts at… “creating the conditions for success; their own success.”

Think about every casino you’ve ever been in.  Why are there no windows? Why are there no clocks?  Why is the temperature on the cool side? Why do rumors persist that casinos’ pump oxygen into the ducting system?

Have you ever been to a for profit establishment anywhere in the world where you drink (and often eat) for free?  Have you ever known of any other establishment, where you convert your money to plastic, in part, so you don’t feel quite so bad when you leave it all behind?

My favorite is when Casino’s began displaying lighted signs showing how many times the roulette wheel had come up either red or black.  It would show seven successive blacks and everyone would rush the table to vote on red. If the sign showed a large number of succesive reds, a crowd would gather to vote on black at the next turn of the wheel.

The casino’s knew that no matter how many times the wheel came up black (or red), the odds never changed. The chances that a coin will come up heads or tails is always 50/50 regardless of how many times in a row it comes up one or the other.  And, like the toss of a coin--past spins of the roulette wheel don’t alter the odds of the current spin.

In Vegas, wherever there’s a line, there are slot machines. At hotel check in’s, in the airport, at the rental car agencies, at restaurants, waiting to get in a show. Token after token, millions upon millions of “fake” money poured into “machines” 24 hours a day, 365 days a year-- by college kids, blue collar workers, people on welfare and wide eyed soccer moms; all looking for a cheap (or rather expensive) thrill by engaging in the most prolific money wasting effort on planet earth…that’s Las Vegas engineering. 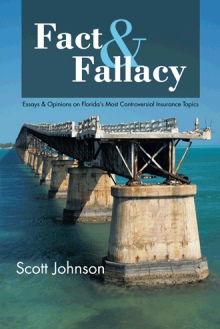 Today's “Elite” sellers are specialized and far more valuable. They sell the high-end intangibles--financial services, information technologies, integrated software and hardware systems, securities, commercial insurance, investment properties, virtual technology, IPO’s and venture capital.  While they are consummate technicians in their industries,  “Elite” sellers also recognize that the customer is king and won’t buy from them merely because they were the last to ask them to, or the one who asked more than anyone else.

You’ll find the information in this book clustered accordingly:  Platform I deals with the skills necessary to manage the traditional over the desk sales call; Platform II covers the application of those same techniques to a corporate board room or large convention, and; Platform III is about how Elite Sellers, indeed any ambitious executive, can manage time more effectively to establish and meet personal and professional goals.

In all three Platforms, indeed throughout, I try to avoid just talking theory or spending too much time motivating you to succeed or work harder (smarter perhaps). Fact is, once you develop a modicum of proficiency at the skills in this book, you’ll find at least some motivation from their application and efficacy.

Whenever possible and appropriate phrases or samples of statements illustrating the skills are included and are adapted from actual sales calls and student role-plays.

As in my seminars, the emphasis is on building habits, new habits; habits that can propel serious goal oriented individuals through each Platform and ultimately into Elite status as a seller of any product.  Master the skills and techniques within each platform and you’ll find immense reward, both financially and emotionally; you’ll also experience the satisfaction of knowing you’ve reached the status of an Elite Seller…I promise.

Thirty five years ago, Scott Johnson spent a decade teaching others to sell. In hundreds of intimate classroom settings he counseled aspiring sellers, took notes, and videotaped thousands of role-plays, cataloguing what worked and what didn’t.

In the 1980s as vice president of Marketing for an emerging software company he recruited, hired, trained, and motivated a national sales force.

He often accompanied team members on sales calls, taking notes and providing constructive critiques. He then took what he taught and what he learned and applied it to his own real life selling situations, refining as he went; all for the day when he might write this book.

He spent two years gaining product endorsements from boards of directors of state associations of insurance agents and presenting to the top executives of America’s largest insurance carriers. It was in this role that Scott refined skills for selling to groups and developed his own system for self-management in order to establish and reach sales related goals.

After teaching thousands of young sellers to sell and manage their time, Scott formed his own speaking and consulting company, JSJ Learning Systems, Inc., and has given time management presentations to associations, businesses, and conventions around the US. Over a period of twenty years, he developed the detailed lessons of this book and the three platforms for a successful career in selling.