The Germination of Adam’s Family Tree through Surname, Life Experience, and DNA 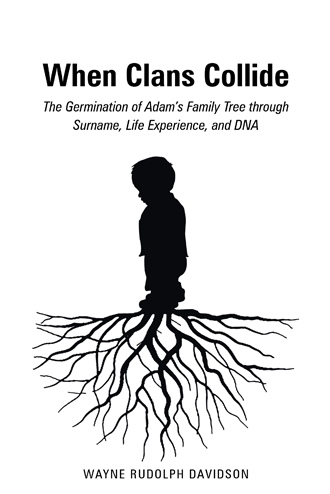 This qualitative case study examines the genealogical roots of the author to identify an ancestral tree and its associate branches. The relationship between surname, personal experience, the scientific study of deoxyribonucleic acid (DNA), and a “Negro boy named Adam” formed the theoretical foundation for this study. Six historical events were found to be important in the ancestral timeline of the author: African slavery; the colonization of Virginia; the antebellum period; the American Civil War; the thirteenth United States census, taken in 1870; and the Negro Great Migration that emerged in 1910. The most astonishing discovery was the ancestral relationship to: the male progenitor of the surname Davidson; the English crown as well as five prominent Virginian families; a soldier dead on the battlefield of Rottenton; a sailor on duty to Roanoke; a ship’s captain racing to save the Jamestown settlement; a father in service to the queen of England and a son in service to Jamestown; a Jamestown widow; an English pirate who forgot to name a famous island after himself; a key defendant in the formation of the colonial slave codes; an Indian interpreter contracted to a surveyor and future president; a wounded British soldier at Bunker Hill; two military heroes of the American Revolutionary War; a hero of the War of 1812; a Negro sailor in the War of 1812; the freed slaves and war veterans in the Negro settlements in Nova Scotia; three United States presidents; a free Negro who owned slaves; the coining of the Underground Railroad; a pioneer black Baptist preacher during the 1830s antislavery movement; the confederated leader of a seceded nation and his brother; a model self-sufficient slave community in Mississippi; the existence of black Confederate soldiers; four military heroes of the American Civil War; the first black lieutenant governor in the period of Reconstruction; the patriarch of the wealthiest family in the world; a leader of the Buffalo Soldiers; two decorated soldiers of the western Great Plains; five Medal of Honor recipients; the wife of the most distinguished educator in the Negro community; two eminent biblical scholars; an international men’s tennis event and championship cup; three brothers and friend creation of the most beloved motorcycle company; the archbishop of Canterbury; a brother-in-law and partner of a famous watchmaker; a young hero and Carnegie bronze medal winner who sacrificed his life to save others; the first urban depressed freeway in the United States; the wealthiest woman of color in Kentucky; a semipro Hebrew baseball team; a military father and son of African descent appointed to the rank of general; the world’s greatest entertainer; a political icon of the 1960s and Black Power movement; a jazz great; a local billionaire in the Detroit metropolitan area; a music mogul; the number one draft pick in the National Basketball Association in 2012; the matriarch of the most adorable performing boys and girl in entertainment; the most visible sports trademark in the world; the police commissioner during the 2013 Boston Marathon bombings; the African continent and two presidents of the nation of Liberia. Arguably the most important event in the matter of genealogy is the thirteenth United States census, taken in 1870, when the African American family unit was first recorded as a vital statistic. In comparison, historians calculate that many African Americans have lost twenty generations to African slavery over a period of four hundred years. Genealogical research strategies employed by this author to date reestablished five generations of lost ancestors and provided interested African Americans with approaches to help fill gaps in research of their own ancestral heritage. One distinguished historian of the nineteenth century theorized that genealogy is the mathematical application of human life, in which the outcome is the preservation of the human life cycle, and that the lineage of General George Washington is the most important ancestral tree in the establishment and preservation of the United States of America. If that statement is true, then all of its diverse branches should be included. 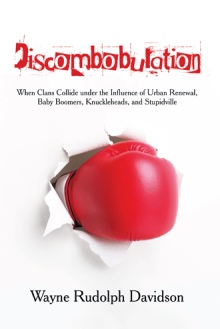 When Clans Collide: The Germination of Adam’s Family Tree through Surname, Life Experience, and DNA tells the story of author Wayne Rudolph Davidson’s surname and its ancestral connection to individuals and events that have shaped the world in which we live. When Davidson set out to discover the ancestral history of his surname, he had no idea what he would encounter. On his journey, he discovered that people with the surname of Davidson have contributed to government and politics, business and economics, social sciences, religion, education, science and technology, music and entertainment, sports and recreation, and military history.

The research included here illustrates events ranging from the evolution of the English Crown and the building of North America to the American Revolution and the American Civil War. He also discovered quite a few events linked to African American history, including the period of Reconstruction, Buffalo Soldiers and the Great Plains, and the Great Migration. Davidsons have also contributed to the popularity of sports and entertainment, the growth of the office of the president of the United States, both World Wars, and the sacrifice of heroes.

Interesting and informative, When Clans Collide explores the history of one surname and provides a foundation and plan for making the connection to your own ancestral heritage through your surname.

Wayne Rudolph Davidson, a research analyst, earned a doctoral degree in management and organizational leadership from the University of Phoenix. He is also the author of Manufacturing African American Self-Employment in the Detroit Metropolitan Area. He and his wife, Bertha, have four girls with four-year college degrees and one granddaughter. They currently live in Michigan.