Jonathan Ray and His Superhero Pack 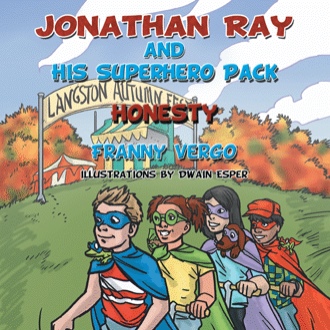 "Hey guys," Josh tells the pack, "the costume contest is tomorrow. Take your capes and masks off and enjoy the fest - it's a blast!"


"They're not our costumes, states Bella Blu, "and we'll enjoy the fest later. First, we need to discuss a fest theft 'cause we're aghast!"

"There's been a theft at the fest? How do you know that?" Troy asks curiously.


"Yeah, you weren't even here 'cause you just arrived!" Jason adds furiously.

Bella Blu explains, "Well, our friend Holly the hummingbird told us she saw the theft as she flew by."


'You've got to be kidding!" answers Jason O. "That's the most ridiculous thing I've ever heard!"

"Maybe you say that because you were caught red-handed," comments


He goes on, "Holly saw you steal some money from the hot dog stand. Now what do you have to say?"

Jason blurts out, "Okay! I stole ten dollars 'cause I didn't have enough money for all the fun rides, games, and fest food!"


"So that's where you got the money for all those tickets!" snaps Josh. Troy yells, "And you lied to us on top if it! I can't believe you, dude!"

Krista Kate says, "Ms. H. just explained the importance of being honest at all times and all places!"


Our teacher taught a good honesty lesson today," she continues, "and covered all the bases!" 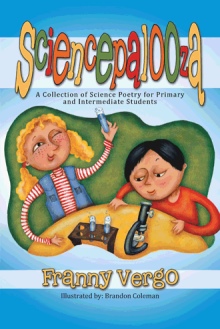 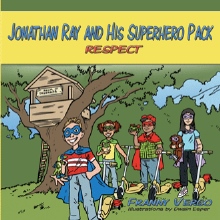 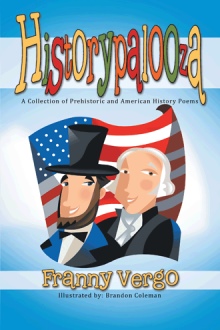 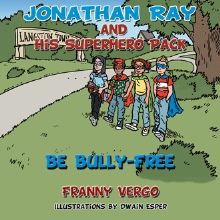 Jonathan Ray and his Superhero Pack of four kids and their pets rush off to help their classmate, Jason O’Hare, after hearing from Holly the hummingbird that Jason stole money from the hot dog stand and then lied about it to his friends at the Langston Autumn Fest. The superhero kids are surprised to hear about the theft and lie, since their third-grade teacher, Ms. Huckleberry, just taught a good honesty lesson in school that afternoon. The Superhero Pack reminds Jason of her lesson and the importance of always being honest. Author Franny Vergo demonstrates to children, through her creative, rhyming story, that a real superhero is an honest person.

Author Franny Vergo retired in 2011, from thirty-six years of teaching fourth grade, to pursue her lifelong dream of sending positive messages to young children through published stories. During her long and fruitful career, Ms. Vergo wrote poems, raps, songs, and plays that she enthusiastically shared with her eager students. She lives with her Doxie dog, Lacey, one of the superhero pet characters, and continues to write and inspire children.