(Can Lucifer Be Put On Love Medication?) 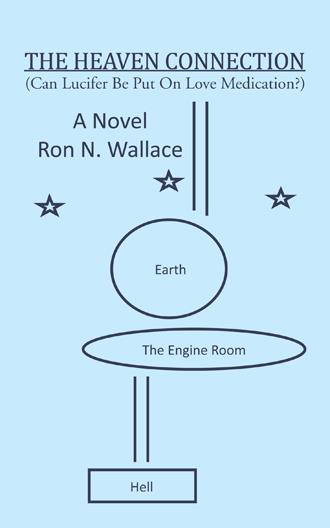 1. Lucifer The Devil is particularly delighted now as he scans the horizon, hovering in the spiritual world in his spaceship toward Earth. “GOOD! NO ANGELS IN SIGHT!” he yells, muffled loudly through the layer of the evil mask. It is just like the rubbery grotesque devils’ masks kids sport on Halloween, except being alive in the fifth dimension of the spirit world, it is made of light, as he is, though he has a spiritual body. But unlike God’s Angels, Lucifer’s light is muddy, hardly glowing as it reflects in the space shield window of luminosity, like glass, before him. With Earth in the distance out the window as he flies past the moon to the planet, he sits at the controls of his desk in his spaceship – shaped like the command module of Apollo 13. Because there is a sense of touch in this nonphysical world of light spiritual dimension, he finds that since the mask is pressing against his face so much, and although he hates to do it, to be more comfortable he must peel the scary-expression mask over the top of his head in the weak light. Now, in the reflection of the window, he is staring at the lost rendition of what he used to look like so long ago. Lucifer – a beautiful Angel who loved God. Ron N. Wallace

2 Then, because his white-gold light, like the sun, was brilliant from the chiseled architecture of his rich and handsome face, his Angel friends could only look at him for a short time. Michael had said, “It’s not fair. No one should look that good!” Gabriel had said, “What else can I do for you?” And the truth was at first – before all his pride – so high on himself with his scheme to take over and have more worth than God – he never looked at himself and didn’t know why he was so special in God’s and all the Angels’ eyes. But now, all alone in the dark universe down here – oh, so all alone since the eons ago when he began the fall from grace and was kicked out of Heaven – even he can’t stand the sight of his angelic face because it is old looking, wrinkled, withered, contorted, so sinuous, and like a half-baked orange moon.

3 2. That Inner Dialogue Thing “Oh, no, I’m doing that inner dialogue thing again,” you say out loud while staring at your parents’ brown marble headstones. Since writing your last book, God’s Happiness?, you’ve been doing this “inner dialogue thing,” you call it. By that you mean you vocally “say” the next, and next word, as it comes to you inside your mind, like you would when talking, but it’s with your lips closed. You say this inner voice word for word, very slowly, one syllable at a time, like you do inside your head when reading. Lately, however, this way of being can produce a conversation with the character of your dad, as if you can be mentally tuned with him from Heaven. So you sit on your parents’ warm yellow iron bench, which rests at the bottom of their Oakview cemetery plot, and lean back with arm over the top rail to the right, and left leg crossed over in blue jeans and loafer. You feel the warmth of the late morning sun touching the big oak with its colorful Fall leaves. Yes, sometimes you deliberately talk in your mind. You think anyone can slow down to access and make the inner vocal effort to speak inside, like when reading, very slowly word for word, even if it is just fiction. You don’t know how to Ron N. Wallace

4 describe this process other than this “inner dialogue,” or “inner airplane” way to think method. It’s simply a matter of holding your attention and talking the next and next word that comes to you, without racing ahead trying to understand the whole sentence. With lips closed it is saying, and as a result, “hearing” the words in your mind, even when you are writing. And all you know is it’s fun to do this internal talk, though it can take effort, and seems best when you just say quick short things to yourself from some Heavenly someone, such as – Relax…. So you say, Re-lax, and get into this way to communicate, while staring at the Robert J. England headstone to the right of your mom’s. Internally you “say” the next and next word now very slowly to yourself, this “Heaven connection.” It feels like Dad is communicating with you from up there, as you find yourself listening, when internally saying: “Ev… er… y…. thing… is… fine… up… here… in… Heav… en. Your… moth… er… and… I… are… sit… ing… in… a…. mead… ow. We’re… hav… ing… a… pic… nic… with… Un… cle… Don… Aunt… Pat… Aunt… Vi… Un… cle… Ben… Un… cle… George… Flor… ence… and… Hor… ace… and… Un… cle… Chuck… Bill… and… Mabel. There’s… a… cool… breeze… and… warm… white… gold… light… shines… from… the… sky… ev… er… y… where. Like… I… told… you… to… do… are… you… still… try… ing… to… re… lax… and… en… joy?”

5 3. Nice Day In Heaven After your mom and dad died, you began thinking alot about Heaven. You’re thinking this because you want to comfort yourself. So you turn the angle of your inner TV camera up toward Heaven in imagination, and visualize Mom and Dad having the grandest time at a party today! Uncle Don is there, without his earthly wheelchair, and walking with your Aunt Pat. You are so happy M & D are alive, well, and happy, like at one of their great parties in the house when you were growing up. Even when you told one of your advisors, about it, he was pleased – “So, you’re having some gratifying thoughts!” he said smiling. But as you stare at the headstones of their graves now, you’re sad they are no longer here to have fun with. You sure could use them around like they used to be. So you take in a big breath and blow it out through your mouth very forcefully as you stare at the Robert J. England, “In God We Trust” marble headstone. Sometimes Dad breathed hard like that, as you have written, and now read: Ron N. Wallace

6 So you take in a deep breath, and blow out breath through your mouth with your shoulders, strongly, like your father always did at the end of a hard day, or at the end of a hassle, in relief now that it’s over, and he’s been quietly dealing with it in constant attention in the back of his mind for a long time, or with Mom, and you didn’t know. Then, you quickly sneeze twice. You look at Mom’s matching headstone: Ann England, “Loving Wife, Mother, and Friend,” and remember her, because it reminds you of her sneezing in that way. As you finish cupping your mouth, you are suddenly in inner dialogue, as if hearing your mother’s voice saying: “You’ll do fine, David. No rush to get with us up here in Heaven. It’s all, all right!” The hearing God speak in inner dialogue, which you wrote about in your last book, is one thing – imagining God talking to you when you turn your attention to Him for a moment, and say the message. – But now, imagining Mom’s inner voice from Heaven, and your dad in thought breathing hard through you… is a little too happy, as if there is “The Heaven Connection” you can have, going on now in their day up there, 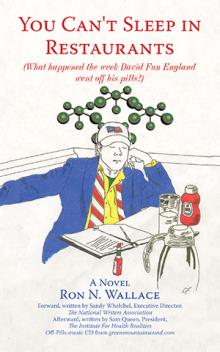 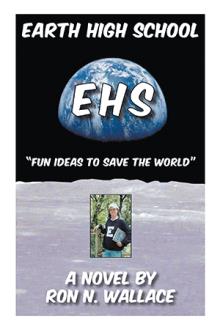 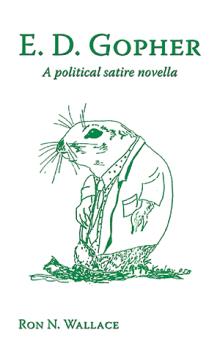 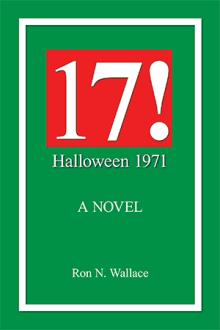 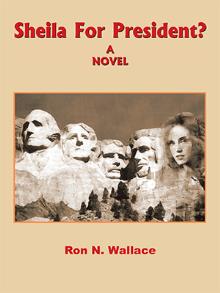 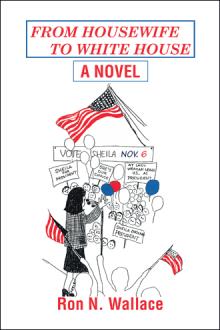 HE HEAVEN CONNECTION is like no other. This fun short novel takes place in Heaven, on Earth, in the Engine Room (The psch ward between Earth and Hell), and playfully, in Hell. The reader believes how of course Lucifer, who became the Devil and Satan, could not possibly return to his old self in Heaven. Yet what would the reader recommend to God, as to how the story works out?