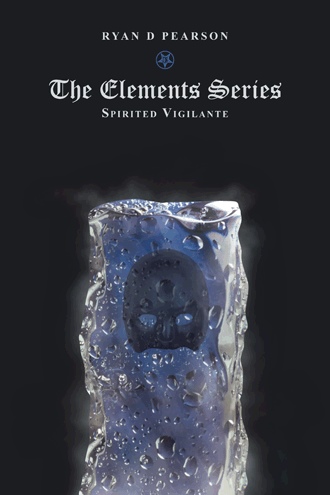 After overcoming the loss of his Parents and Grandfather, discovering the true relationship between his cousin and himself, as well as stopping the Seven Deadly Sins from raising hell; what else could there be in store for Reagan Jameson? There is still a couple of weeks left before finals are over and school will be finished. The Elements have moved in together and Oracle City seems safe from harm. However, in addition to the worry of Crystallic’s return, the fashion line doing well and approaching Eli about dating Izzy, Reagan must consider if he will actually graduate from high school. Though graduating will be the least of his concerns when he finds himself amidst a scandal involving another socialite, discovering the identity and intentions of Oracle City’s new “superhero” and confronting the first person to discover the true identities of the Elements. Being a regular teenager, whilst the world’s pressures rest on his shoulders, will be that much harder when he is looking over his shoulder in fear of Crystallic, rogue vigilantes and the paparazzi. With more twists and turns than Green Hope, Spirited Vigilante promises to keep you guessing until the final chapter. Filled with more family secrets, a more complex web of relationships, more powers and more drama, Spirited Vigilante will have you questioning who is truly worthy of being part of the Elements.

Having grown up on the beautiful east coast beaches of Australia, and completing a bachelor of laws degree by the age of twenty-one, Ryan Pearson pursued a chance to immigrate to Montreal, Canada. After travelling through majority of the South Pacific and Northern America, immersing himself in this new ostentatious lifestyle, he took to writing in his spare time. Ryan grew up with his vivacious Mother and fun-loving sister, and was surrounded by his caring Grandparents. His inevitable goal was to share personal experiences he had overcome, coupled with a supernatural and over-zealous way of life, in the form of his character Reagan Jameson.