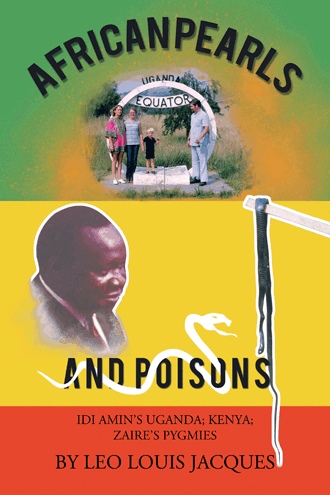 SAFARI 3 We were getting ready to taxi off to the airport, to fly to London, on our way to Africa when the telephone rang, rang and rang till it nearly shook itself off the hook. I said, “Hello. Yes Sir. Sue, it’s Uncle Graham. Yes, we’re going…Okay, I’ll get her.” I covered the phone with my hand and said, “Don’t be long. We’re running a little late.” “Hi, Uncle Graham,” said Sue. “What can I do for you?” “Sue, don’t go! Don’t go to Africa,” said Graham Morton, a 60 year-old, who was head of Calgary’s most successful Chartered Accounting (C.P.A.) firm. “Why, Uncle Graham? What are your concerns?” “Africa is a long ways away and Uganda is an unstable country.” “But, we’ve been assured by Ottawa that it’s much safer now under its new regime,” said Sue. “Sue --your folks would roll over in their graves if they knew what you were doing,” said Graham. “Has your daring, young husband signed a contract?” “Yes, we’re signed on for two years. I do wish you’d have phoned sooner. Right now, we’re on our way to the airport to Winnipeg, then to go over the pole to London.” “Just remember, you get yourself and your two children out of that country if you see any signs of war or killings, Sue. Do you understand?” “Yes, Uncle Graham. Thank you. Thank you for...” ” Click.” Sue said, “’Bye, Uncle Graham.” It would be the last time she would hear his deep, firm voice. 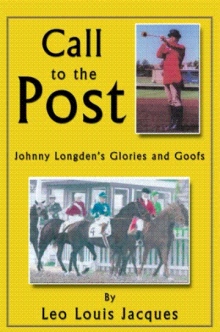 “If you desire an exhilarating read of a family’s life during Idi Amin’s savage reign, then this book’s for you.” Doug Abraham, Writer & Columnist. “The Jacques Family’s unique Safaris passed through some of the most beautiful – often life threatening – landscapes and situations on earth, and survived. Enjoy!” MacDonald Coleman, Author. “Leo invites you into a world that has the same capacity for richness, complexity and openness that the fictional universe offers. A great read.” Jim J. Nolan, Editor/Journalist. “This is surely life as it was at the time of Idi Amin.” Marshall Dunn, Kampala School Teacher. “AFRICAN PEARLS AND POISONS,” Idi Amin’s Uganda; Kenya; Zaire’s Pygmies, takes you on a series of Safaris, by a family of four, through East and Central Africa, in 1971-72, to attain freedom from Amin and return to North America to unveil their tale – undercover until now. Amin’s army and death squad, kills a reported 300,000 humans, who, for the most part, are innocent victims of his, “Economic War.” A Swahili saying: -- “When two bull elephants fight, it is the grass who suffers most,” fits this situation. In Kenya, the Jacques family, experienced the breathtaking beauty of a country dubbed, “The World’s Safari Capital.” In Zaire, they safari to the cannibalized and now extinct Twa Pygmies of the Ituri Rainforest, in their temporary camp, past Semliki, on the Mountain of the Moons trail. This book, like Joseph Conrad’s “HEART OF DARKNESS” inspires a reader to think differently about East and Central Africa.

The Jacques family nearly “bought the farm” and each member suffers a perilous experience, in the country Winston Churchill called, “The Pearl of Africa.” The author is loaned to Amin, to train African Indigenous to take over enterprises, run by East Indian owners. Amin short-circuits the process, by accusing the Asians of “wealth-hoarding,” “backscratching,” and “money-changing” ways for their Swiss Bank accounts, resulting in sabotaging all Uganda’s businesses. Idi robs, and then expels, all East Indians and Pakistanis, from Uganda.