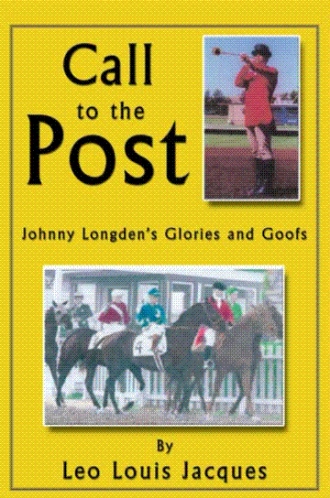 “The media talks a lot about Baze, Pinky and Shoe

But all those riders took their lessons from you.”

“Leon Rasmussen of The Daily Racing Form called the race the most moving and melodramatic day in the history of racing. It is one of the most amazing ‘human interest’ stories of all time!  The winning of that race, up on the underrated George Royal, was my most memorable moment in horse racing,” said Longden.

Pete Pederson, California Racing Steward -   “All the players, all the ones who really wanted a winner – an owner, a trainer, a bettor – John was the greatest rider they would ever get.  As great as Willie Shoemaker was, if they wanted to win a race, they took Longden.”

Willie Shoemaker called John - “the greatest competitor I ever rode against.  John taught me more about riding – just by watching the things he did in our races together  - than any other jockey I ever rode with.”

Jockey Don Pierce said, “It didn’t matter if it was a cheap $700 claiming race or a $100,000 added handicap stakes race, John was fierce.  What a great rider and great man he was.”

“Well, Leo, I think I would get ’the Count’ to look Man o’ War in the eye, just like Georgie got Seabiscuit to do to Man  o’ War’s son, War Admiral in that famous match race at Pimlico, and that would just break Man o’ War’s heart.”

“We will withdraw from the Triple Crown because we don’t want a Cripple Crown,” said owner McMahon.

Just who was this Frank McMahon anyway? 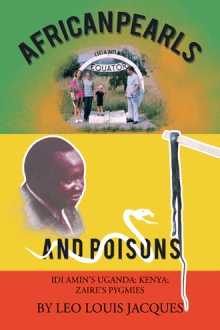 JOHNNY LONGDEN was the world’s winningest jockey for fourteen years.  In his 40 years of riding, the JACQUES STABLE was the only one that Johnny ever signed a jockey contract with.

From coalmine rags, as a “grease monkey,” Johnny went on to become one of the world’s richest athletes.

His many glories such as:  winning the Triple Crown; being the only person to train as well as ride a Kentucky Derby winner; and riding a stakes winner in his final “CALL TO THE POST.”

He also made some goofs that consisted of:  needlessly cutting down horses; pulling an ace horse; and financially arranging for a bookie and an American to claim my dad’s aging champion racehorse.

This NEW RELEASE is a TRUE STORY and GOOD READING about a HALL OF FAMER who was ENGLISH BORN, CANADIAN RAISED to become an AMERICAN CITIZEN.

LEO LOUIS JACQUES was raised within a racehorse family.

Initially, he worked around the Thoroughbred as a hot walker, groom, exercise boy and farrier to subsequently progress, along with his wife, Sue, to become an owner, trainer and breeder of these unique creatures.

Leo Louis served for five years on the executive of the Writers Guild of Alberta and has written fourteen books, including the racehorse book, “JOEY.”   Leo’s email is leojoey@shaw.ca.