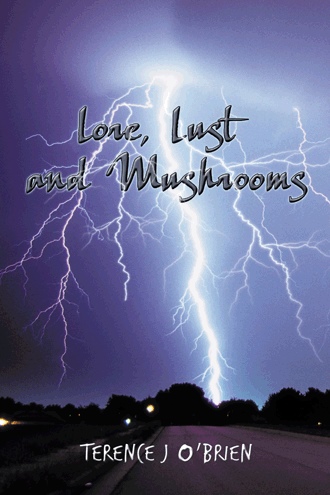 figure moved out of the dark, into the light, passing him with an enigmatic smile on his face and clasping an armful of branches, twigs, lots of leaves, mainly evergreen. The figure went on out of the light at the end of the terrace and could have been aiming for the side of the house. It was the Japanese gentleman. The driver of the car Simon Thrink had used, the driver who had been struck by Francis Dalton and had become restive, bored. Had, in fact, been asleep and had awoken feeling uncomfortable – stiff limbs, tobacco stale mouth, and desperately feeling a need to move, get out of the car. He looked at this watch. My God, he thought, half past twelve, way past the hour he assumed to have his work finished, been homeward bound. He had needed to relieve himself, so he thought he might as well go on beyond the hedge and to the house, making some effort to find the man who had hired him. He’d said an hour, and it was long past that. So, moving from the hedge relieved, he went cautiously round to the side of the house. Things seemed to be very quiet. He couldn’t hear anybody; perhaps they were all indoors, maybe boozing, and that thought and its picture of a pint of beer made him envious, feel left out, badly done to. He could see the light on the terrace spreading on beyond the path he was on, light at the end of his path, when quite unexpectedly, suddenly, a man loomed in front of him, close. “Ah,” the Japanese gentleman said, “you are going to dance?” “Eh?” He realised what the man had said and was surprised. “A bleeding dance? He never said anything about it being a dance. I’ve been waiting ages.” “There is much, ah, wonder in tonight. You are a Celt?” “You what?” “There are many fairies, round there.” He swung his arm to indicate from where he had come, and some of his leaves and twigs fell to the ground. “In the garden, many fairies.” Then he looked at the man who was looking at him, oddly. “Fairies?” the man asked. Then as in disbelief, “Bleeding fairies?” The Japanese gentleman smiled at him. In fact, he rarely looked at anyone without smiling. “You mean pouffs?” “Pouffs? You are a Pouff?” “Hey, just bloody watch it, mate. I know what you lot get up to,” but curiosity made him go on, “Are they all, you know,” and he gave a short masculine laugh, “are they all pouffs, in there then?” and he chuckled for no clear reason. “Come,” the Japanese gentleman said, beginning to move round the man. “We will dance,” and as he moved he gently threw his leaves and twigs one by one, upon the man. The man’s manly chuckle disappeared with his horror at the realisation that he was apparently being opportuned, and by a bloody foreigner at that. He turned round and round, keeping the Japanese gentleman in view. “You what?” “Come, dance with me.” “Hey just watch it, just watch it. I’m only waiting for somebody, that’s all.” Then, backing away, sounding pained, “Don’t chuck all that muck over me.” “Come, da da, da de da.” The Japanese gentleman went closer to the man, da-ing in an Occidental way, and attempted to put the rest of the twigs on the man’s head. It was too much. The man had had little or no experience with queers, but he knew, everybody knew, the sort of things they were after, and I mean, who knows, somebody might see him. “Hey, what you doing? What you doing?” He snatched the twigs from his head and grabbed the Japanese gentleman’s lapels. “I told you, mate, just watch it.” Then he decided to be sterner. After all, he was one of them. He pulled the gentleman up to him, threateningly. The oriental reacted in an oriental way. He stamped on the man’s foot, which made him yelp. He looked down at his foot, and he never really felt the karate chop to the side of the neck. The Japanese gentleman looked down at the man on the ground, still smiling, turned away, and carried on down the side of the house, into the drive and out into the road. He skipped once or twice as he went, as if he was happy, uncaring. And when he was in the road he saw two cars, an aged Saab and the car the man had been in. The man’s car was unlocked and had its keys in place, so the Japanese gentleman got into it, quietly singing to himself, started the engine, and drove away. “Hello, Hugo.” Francis Dalton puffed his way up onto the terrace, carrying Bella Thompson, who appeared to know little about it. “I say, what’s happening? They’re dossing all over the place.” Sir Hugo stood, watching Francis Dalton come nearer. “She’s rather heavy.” Hugo slid the door back further to let them enter. “Take her up to a bedroom. It’s all right; she’ll be out for at least twelve hours.” “Twelve hours?” he said as he staggered to the foot of the stairs, stopped, and leaned with her against the newel post. “Good God, you mean you’ve doped everybody?” “Well, rather a vulgar way of putting it, but I suppose in a way I have.” 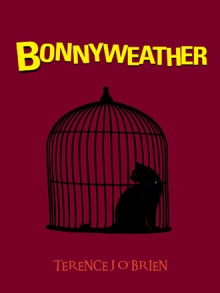 Lore Lust and Mushrooms’ is about a few people the writer knew in Oxford. It is meant to be amusing, and at times thrilling. Sir Hugo Wilkinson has attempted to prove the existence of other ‘beings’ who see the Earth as their ‘land’. Th e professor’s have attracted a number of intellectuals for various reasons. Th ey have formed an organisation to study the metapysical possibilities. Th eir meetings at the home of Teddy Lascelles, Sir hugo’s successor, is sent into some confusion by Hugo spiking their drinks. Rather Elysian.

Been a sailor Leapt from aeroplanes (with a parachute.) Led an expedition to search for the Loch Ness monster. Took a ten foot python on to BBC Radio Increased attendances at a zoo fivefold in three years. Have done the Lyke Wake Walk (44 miles over rough moorland) there and back (88miles) in 22 hours. Been an employer of 100 illiterate, criminal and violent young people in Leeds. Been a market trader, a Parish Councillor and a village School Manager Was the Youth Unemployment Specialist in Stockport. (Obtained £100.000 offer from the Thatcher Government to set up a co-operative.) Befriended by Frith Banbury, who compared my writing to Pinter. And who asked me to re-write an Iris Murdoch script. (Which I refused to do.) Was a successful odd job man to the 'carriage trade' in north Oxford for nearly 12 years including being an odd job man in a convent. My patrons are my friends. Now approaching the departure lounge of life, I have three completed novels and one requiring only the last two chapters, and a number of play scripts and numerous short stories available. I live in Mid-Wales in the U.K along with my wife Mary who does all my administration for me. I am the proud father of three outstanding children, several grand-children and even great grand-children.