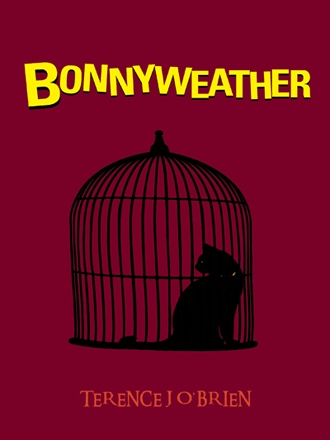 Ambrose Bonnyweather was a man whose life had used up fifty summers, half a century of being out and about on planet Earth. Amazing really he thought, for half a century he had been gathering experience to make him the man he was to-day, and that made him smile, perhaps a little smugly. He left the smile on his face to show people that he had something to smile about.
Ambrose Bonnyweather was not a big man, physically, he was well built, burly, but he wasn’t fat. His burliness was accentuated by the old fashioned blue chalk stripe suit he was wearing the Homburg hat set sternly like a helmet, and the thick ebony stick with which he struck the pavement, a Mussolini carrying a large plastic bag by its neck. He looked conspicuous. And he knew he did. The half smile playing at the corners of his mouth made his face look benign to the multitude of fellow humans accompanying him at half past nine that morning in Oxford Street. And he could tell, see satisfaction that people by their glances were aware that he was an enigma. He strode another thing few people did, strode manfully down the pavement, and strode purposefully. And his brisk striding was a sort of personal demonstration against what he thought was missing from modern society. And what was missing he was quite categorical about, briskness, a sense of purpose and a conviction that it was how you looked and acted that mattered. Oh yes he was an enigma alright, it would take a good man to guess what he did for a living. The unfortunates around him who devoted their lives to career structures and uniformity, which was certainly not for him. He thanked God he was a thinker, and that was what he was doing now, and it was his work that he was thinking about.
When he saw the red setter the corners of his mouth lost half their smile and his face hardened. His eyes assayed the dog as they would a nugget and his first attempts at affectionate noises to attract the animal made three or four people turn to him quickly, but their reflexes belied the looks they gave him. The dog didn’t even turn its head. He called “here, here then” as he pushed his way through the passers- by, and “here boy, here then boy” were variations he used as he marched purposefully after the setter. The dog disappeared from his view momentarily and he lurched forward quickly, his stick smartly rapping the leg of a large grey suited briefcase carrying man who didn’t like it. 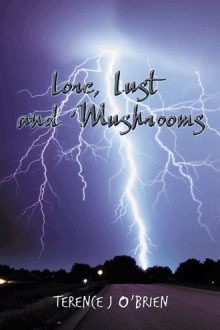 The story is about a specialist detctive agency illegally located in an art gallery through the good will of the caretaker, Roy Jenkins, who has ambitions to be a vet. The characters comprising the agency are, Ambrose Bonnyweather, a self-centered Scotsman, his secretary, Beatrice Thompson and a 17 year old trainee, Errol Billington.

The caretaker is madly in love with Beatrice, who dislikes him. The visits to a client Josie Hanson regarding the loss of her cat Norma create many misconceptions, confusions and cross purposes, particularly in conversations and make up a story of a total comedy of errors with a froth of sexuality culminating in total confusion and new discoveries within themselves by all the characters.

Been a sailor.
Leapt from aeroplanes (with a parachute.)
Led an expedition to search for the Loch Ness monster.
Took a ten foot python on to BBC Radio
Increased attendances at a zoo fivefold in three years.
Have done the Lyke Wake Walk (44 miles over rough moorland) there and back (88miles) in 22 hours.
Been an employer of 100 illiterate, criminal and violent young people in Leeds.
Been a market trader, a Parish Councillor and a village School Manager
Was the Youth Unemployment Specialist in Stockport. (Obtained £100.000 offer from the Thatcher Government to set up a co-operative.)
Befriended by Frith Banbury, who compared my writing to Pinter. And who asked me to re-write an Iris Murdoch script. (Which I refused to do.)
Was a successful odd job man to the 'carriage trade' in north Oxford for nearly 12 years including being an odd job man in a convent.
My patrons are my friends.


Now approaching the departure lounge of life, I have three completed novels and one requiring only the last two chapters, and a number of play scripts and numerous short stories available.

I live in Mid-Wales in the U.K along with my wife Mary who does all my administration for me.