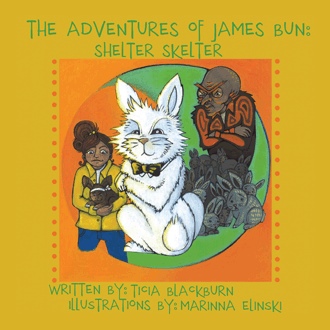 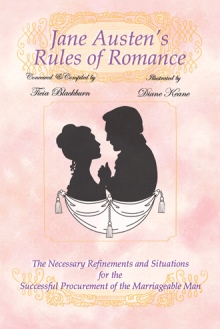 James Bun: Secret agent and defender of wildlife. His mission: to stop the villains of the world who prey on defenseless animals and pets. Along the way, Bun recruits local schoolgirl, Sally Harper, some of the baby bunnies they free from the bully, Dr. Gnaw along with other furry friends to protect their homes and families. Undercover in Dr. Gnaw’s shop, James Bun is trapped in a cage but will Sally and friends be able to free him in time to save the babies and defeat the evil doctor? Come along on the first of their action-packed adventures and meet the gang as they save our wildlife neighbors. Learn some ecology and some poetry appreciation too. Join in and see that Learning can be fun!

Ticia Blackburn has taken a lifetime of experience as a ghost blogger, editor, and poet to reinvent herself after a previous career as costume designer in Television, Film and Theatre.

Ms. Blackburn also published Jane Austen's Rules of Romance: The Necessary Refinements and Situations for the Successful Procurement of the Marriageable Man, gathering all of Austen's relationship advice into a unique readable self help format, featuring the silhouette art so popular in the period.

Ms. Blackburn is currently writing books two and three of The Adventures of James Bun as well as researching a series of detective novels featuring her exciting new Victorian detective, Mortimer Lord Galloway© while she continues to survive a breast cancer diagnosis.

Illustrator Marinna Elinski is originally from Upstate New York, now living on the west coast. She attended art school at Delaware College of Art and Design and School of Visual Arts in Manhattan. When she’s not making art she enjoys many other hobbies, a few being camping, snowboarding, bike touring, and yoga.

A good portion of this book was illustrated while Marinna and her fiancé Jeremy were living out of their pop-top camper van in Idaho. While Marinna has explored illustration in many forms, this is her first children’s book. She’s excited for what’s up next.

“Be the change that you want to see in others!” Ghandi