The Myth of German Villainy 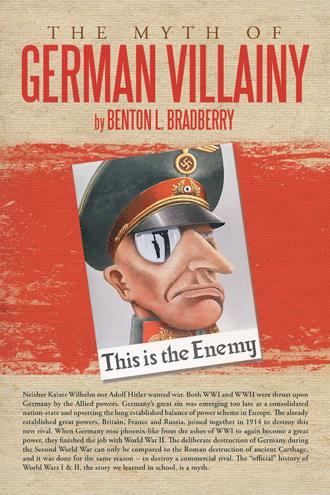 Germany suffered more than any other country by far as a result of World War II. Some 160 of her largest cities and towns were completely destroyed by the Allied bombing campaign, and perhaps as many as 20 million Germans lost their lives as a result of the war. Yet, no one wants to hear their tales of suffering, and no sympathy is allowed the defeated and disgraced Germans. The anti-German propaganda has cultivated the general feeling that they got what they deserved. The entire responsibility for starting both wars and for all the death and destruction resulting from them has been assigned to the Germans (though the facts don’t bear that out). Because they were the losers of both World Wars, they were never permitted to present their case before the world court, nor to tell their side of the story through any medium. The winners of wars, after all, write the history books. Neither did the true story of what happened during the war come out in the Nuremberg Trials. The Nuremberg Trials were nothing more than Soviet style show trials with outcomes that were predetermined from the start; and they violated every standard of traditional British and American justice. The Nuremberg Trials were conducted only to spread a legal gloss over a decision which had already been made to execute Germany's leaders. The entire Nuremberg circus was a sham and a travesty. The anti-German propaganda, used to create the climate of hatred that made the massive destruction and the mass slaughter of German civilians possible, continued relentlessly long after the war was over when it would seem natural for sober minded historians to begin to moderate their extreme views about Germany. The fantastic atrocity stories continue even today. One needs only to tune in to the History Channel to see them repeated again and again. In contrast, World War I was not long over before the atrocity stories attributed to the Germans during that war were exposed as the deliberate lies they were. Responsible men conducted thorough investigations and found that none of it was true. All the lurid stories were deliberately fabricated to win British public support for the war against Germany and also to bring America into the war. But a different factor was in play after World War II to keep the phony horror stories alive which did not exist after World War I. After WWII, the Jews exploited the anti-German world sentiment, which they themselves had largely created with their propaganda, to justify the creation of their long sought after state of Israel as a homeland for the Jewish people. Through manipulation of the international information media, the Jews won worldwide sympathy for themselves with their sensational stories of unique Jewish suffering at the hands of the cruel Germans. They claimed that Germany had followed a systematic plan to exterminate all of Europe’s Jews and that by war’s end had managed to kill 6 million of them. The alleged method was to round the Jews up from all over Europe, haul them in trains to so-called “death camps” where they were herded into gas chambers and killed, and their bodies then burned in giant crematoria, with, conveniently, no forensic evidence of what had happened left behind. In the absence of forensic evidence, eye witness testimony, no matter how bazaar, sufficed to convict Germany and to make her the pariah of civilized nations.... ...In the meantime, the Germans have been stigmatized as the epitome of evil in the world, and the ultimate victimizers of the ultimate victim group -- the Jews. Yet, Germany was destroyed more completely than any country in history, with millions of her people killed, and vast millions more maimed, starved and raped, in a war she did not start and could not end, despite every effort to do so. After surrender, Germany was invaded, occupied and seized upon by throngs of vampires who enslaved her men, raped her women and sucked the country dry. 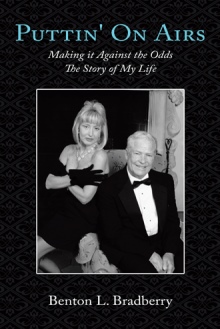 As the title “The Myth of German Villainy” indicates, this book is about the mischaracterization of Germany as history’s ultimate “villain.” The “official” story of Western Civilization in the twentieth century casts Germany as the disturber of the peace in Europe, and the cause of both World War I and World War II, though the facts don’t bear that out. During both wars, fantastic atrocity stories were invented by Allied propaganda to create hatred of the German people for the purpose of bringing public opinion around to support the wars. The “Holocaust” propaganda which emerged after World War II further solidified this image of Germany as history’s ultimate villain. But how true is this “official” story? Was Germany really history’s ultimate villain? In this book, the author paints a different picture. He explains that Germany was not the perpetrator of World War I nor World War II, but instead, was the victim of Allied aggression in both wars. The instability wrought by World War I made the 1917 Bolshevik Revolution in Russia possible, which brought world Communism into existence. Hitler and Germany recognized world Communism, with its base in the Soviet Union, as an existential threat to Western, Christian Civilization, and he dedicated himself and Germany to a death struggle against it. Far from being the disturber of European peace, Germany served as a bulwark which prevented Communist revolution from sweeping over Europe. The pity was that the United States and Britain did not see Communist Russia in the same light, ultimately with disastrous consequences for Western Civilization. The author believes that Britain and the United States joined the wrong side in the war.

Benton L. Bradberry served as an officer and aviator in the U.S. Navy from 1955 to 1977, from near the beginning of the Cold War to near its end. His generation was inundated with anti-German propaganda and “Holocaust” lore. Then, in his role as a naval officer and pilot, he was immersed in anti-Communist propaganda and the war psychosis of the Cold War era. He has had a life-long fascination with the history of this period and has read deeply into all aspects of it. He also saw much of Europe during his Navy years and has travelled widely in Europe since. A natural skeptic, he long ago began to doubt that the “propaganda” told the whole story. He has spent years researching “the other side of the story” and has now written a book about it. The author is a graduate of the Naval Post Graduate School in Monterey, California with a degree in Political Science and International Relations.