American Resolve and The Art of War

A Study and Application of Military Tactics 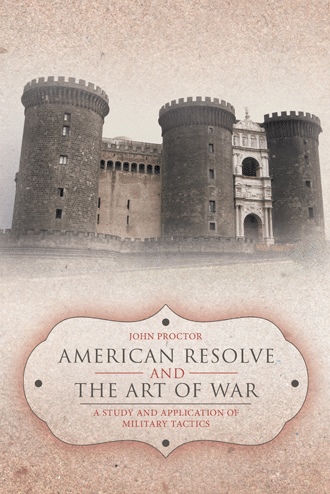 Events that lead to the second world war included the Sudetenland crisis. The Sudetenland was a mountainous region in Western Czechoslovakia that was inhabited by 3.5 million German-speaking people. Before World War I, the region was part of Austria and on the border with Germany. The region was mishandled by the treaties ending World War I.

Before the end of World War I, Czechoslovakia including the Sudetenland was a part of the Austrian Empire. Since Austria was allied with Germany in the war, Austria was treated as harshly as Germany in the Treaty of Versailles. Before the end of the First World War the Austrian Empire included not only Austria but also Hungary, Czechoslovakia, parts of Poland, Romania, Italy and Yugoslavia. The prewar area of the empire encompassed 261,029 square miles and included 51 million people. After the treaty, Austria had only six million people that encompassed 32,369 square miles. {1-1} This was done under the guise of self-determination.

Self-determination had merit, but the war’s losers should have had a voice in the consequences. The Sudeten Germans were part of German-speaking Austria. By treaty, the Sudeten Germans suddenly became part of another country that was dominated by another people speaking another language.. A cursory review of a map would readily indicate that the Sudetenland should have been made part of Germany. This would follow geographic logic and satisfy self-determination. Germany, however, lost the war and could not be granted additional territory.

Winston Churchill wrote, “The second cardinal tragedy was the complete break up of the Austro-Hungarian Empire by the Treaties of St. Germain and Trianon. For centuries this surviving embodiment of the Holy Roman Empire had afforded a common life, with advantages in trade and security, to a large number of peoples, none of whom in our own time had the strength of vitality to stand by themselves in the face of pressure from a revivified Germany or Russia. All these races wished to break away from the federal or imperial structure, and to encourage their desires was deemed a liberal policy.” {1-2)

The Germans believed that they would discuss a peace treaty ending World War I under the “Pact of November 5, 1918.” that pledged they would negotiate within the framework of President Wilson’s Fourteen Points. Wilson’s Fourteen Points amounted to the internationalization of the American Declaration of Independence, The Constitution and the Monroe Doctrine. This was very idealistic, but if accepted, it would have led to conciliation and peace.

The tiger of France, Georges Clemenceau who represented France, said, “God gave us the Ten Commandments, and we broke them. Wilson gave us the Fourteen Points, and we will see.” The British representative, Lloyd George, said of the treaty negotiations, “It was like sitting between Napoleon Bonaparte and Jesus Christ.” Clemenceau was determined to punish Germany. Wilson, above all else, wanted a League of Nations. Therefore, a compromise resulted. Germany was to be punished but Wilson got his League of Nations.

Germany was particularly incensed by the so-called “War Guilt Clause.” {1-3} Article 231 of the Treaty of Versailles reads:
“The Allied and Associated Governments affirm and Germany accepts
the responsibility of Germany and her allies for causing all the loss and
damage to which the Allied and Associated Governments and their
nationalities have been subjected as a consequence of the war imposed
upon them by the aggression of Germany and her allies.”

France and Russia formed a bond that was clearly intended to provoke a European war. The Franco-Russian Alliance was probably initiated about 1892. {1-4} Raymond Poincare, the French Premier and Foreign Minister, who was born in Lorrain and witnessed French humiliation at the hands of the Germans when it was defeated in the Franco-Prussian War of 1871, wanted vengeance on Germany. Baron Izvolski, a Russian diplomat, plotted with Poinare to start a European War; so that Russia could obtain Constantinople and the Turkish Straits between the Black Sea and the Mediterranean Sea. The Russians coveted the Turkish Straits since the reign of Catherine the Great. (1762-1796){1-5}

Russia had contemplated a war without allies against Turkey. {1-6} In this scenario, Russia realized that the German Navy may intercede in Turkey’s behave. Thus, it would be expedient to await a general European War, whereby Russia could obtain allies such as the British and French fleets that could neutralize the German naval threat.

Russia did not have long to wait for a European crisis to develop and lead to a general European war. For some time, Serbia, a nation in the South Balkans, was going through a wave of nationalism. These feelings were intensified when Austria in 1908 annexed two-neighboring countries: Bosnia and Herzegovina. These states were inhabited by Slavs like Serbia. The Serbs felt that the annexation was aggressive and utterly unjustified. {1-7}

Austria intended to institute liberal reforms in its newly acquired states. Archduke Franz Ferdinand, the heir apparent to the Austrian throne, planned a triune monarchy to give more liberties to Austrian Slavs. Germans, Hungarians and Slavs wold be equal in the empire. Nationalists in Serbia realized that the archduke must be assassinated before the reforms could be instituted. More liberties for Austria’s newly acquired Slavic states would cement Bosnia’s and Herzegovina’s desire to be attached to Austria. This would destroy any plans for a Grater Serbia. {1-8}. 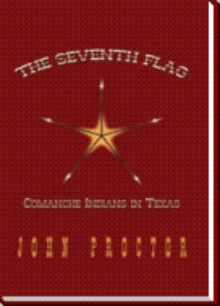 Since the end of World War II, Americans realized that the only way to keep America out of war is to keep the world out of war. Americans also realize that today their country is the leader of the Western World if not the whole world... The leadership role was thrust upon the United States when its traditional allies are weak. Thus, all decisions made by the United States must also be implemented by the United States. A Chinese general said, “Ultimate excellence lies not in winning every battle but defeating the enemy without ever fighting.” This should be America’s goal, but it seems that this can only be achieved with a large standing army. However, there is an alternative. This goal can be achieved with a strong, disciplined reserve force which will cost only a fraction of a large standing army. The reserve force should be trained to implement skillful and innovative tactics. Excellent training will also accomplish another significant goal: minimize American casualties.

John Proctor was born and raised in San Antonio, Texas, one of the foremost military towns in the United States. After completing the public school education in San Antonio, John received a degree in Petroleum Engineering from the University of Texas in Austin. Subsequently, he worked in the oil and gas fields of Texas and New Mexico. While attending the University of Texas, John also received a commission in the Air Force Reserve through the ROTC program. Subsequently, John entered active service in the Air Force during the Korean War. After a discharge from the Air Force, John remained in the active reserve for more than 25 years. While in the Air Force Reserve he completed the curriculum of the Air Command and Staff College and the Air War College by correspondence. He was ultimately promoted to Lieutenant Colonel.