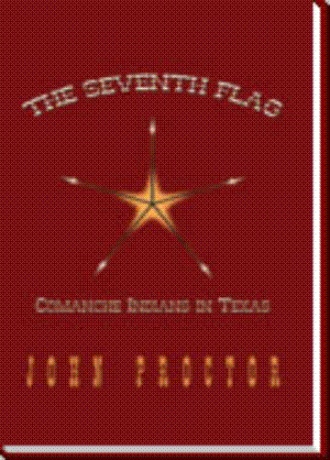 In 1759, Spain mounted a punitive force of 600 men and two field guns to teach the Comanches a lesson. The force was assembled in San Antonio and marched north. After some time, it found several thousand Comanches and their Wichita allies behind fortifications along the Red River. Although outnumbered, the Spaniards believed they held the advantage. After all, Cortes conquered the Aztecs with about the same number of men. Cortes, though, faced an enemy without horses and firearms. This time, the Spaniards faced an enemy with Spanish horses and French firearms obtained from French traders.

The Spanish defeat was complete. They lost their two field guns and baggage train. They were forced to fall back to the San Saba River in a rout. This was the worst defeat the Spanish suffered in the New World. Spain then reappraised its Hispanicization of Texas. In Texas they realized their methods did not work. Spain was forced to acknowledge that the Comanches were the real masters of Texas and never again tried to force the Comanches to do their will in Texas.

The Spanish defeat at Red River had similar ramifications as the Roman defeat by German tribesman at the battle of Teutoburger Wald in AD 9. Here, the Romans lost three legions, which far outweighs the defeat of only 600 Spanish soldiers. Nevertheless, the consequences of the defeats were similar. Rome never again ventured into Germany, and the border between France and Germany was established at the Rhine River. Most significant was that Germany was not a Roman province. Germany was free to determine its own destiny. Later, there would be Anglo-Saxon raids into Britain and, therefore, England became Anglo-Saxon, free of Roman influence. If the German tribes had been pacified in AD 9, would they have later raided Rome in the 4th and 5th centuries?

In AD 9, Rome had the strength to invade Germany and pacify the tribesmen, but this would have required a major effort. Rome, at the time, was spread very thin. Its empire extended from Britain in the north and to North Africa in the south. It also extended from Spain in the west to Turkey in the east. Rome was forced to include barbarians in its ranks to fill-out the Roman Army. To invade Germany would require the call-up of troops from all over the empire. This would weaken their holdings that could cause an uprising in some distant corner of the empire. Thus, the Romans may have reasoned that Germany was not worth the effort. To maintain the empire was a more acceptable goal.

After the battle of Red River, Spain may have reasoned as the Romans. The Comanches were not worth the effort. The Spanish Empire in the New World was larger than the Roman Empire. It extended from the southern tip of South America to the Canadian frontier. A major effort against the Comanches would weaken their holdings in other parts of their vast empire.

The ramifications of the Spanish decision were far reaching. Texas, like Germany in 9 AD, was free to develop without outside interference, and eventually became an independent nation. Texas was later to become part of the United States. Texas entering the Union precipitated the Mexican War. This war resulted in the addition to the United States all the territory between Texas and the Pacific Ocean. 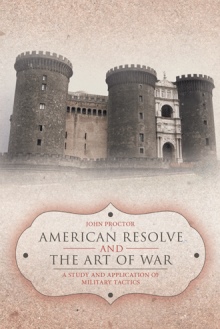 American Resolve and The Art of War
John Proctor
$14.95

Little is known about the Indians in North America. At best, they are displayed as ignorant savages whose only purpose was to impede the progress of civilization. Consequently, historians frequently overlook the contributions made by American Indians.

This book introduces the reader to the Comanche’s way of life; their government, and their uniqueness as a people. The reader comes away with the knowledge that the Comanches, although lived in the Stone Age, were human beings with aspirations much like other people.

Early in the life of Texas, political forces began to focus on Texas. Spain had claimed Texas for 300 years but never really had an interest in Texas. Nevertheless, Spain feared that its European rivals, Britain and France, coveted Texas. Spain did not have resources to control events without help from outside its system. Through diplomacy, Spain hoped to control Texas and to keep it as its own by inviting Americans to live in Texas as Spanish citizens. A key factor in this decision was Comanche raiders crossing the Rio Grande into Mexico. Might the Comanches then raid nearby American settlements in Texas rather than crossing into Mexico?

John Proctor was born and reared in San Antonio, Texas. Living in San Antonio meant that he was always close to an old and proud military tradition. San Antonio is not only the home of the Alamo but also Fort Sam Houston, which was established in 1879. Before this, Spain also established a fort here in 1718, which was called: Presidio of San Antonio de Bejar. During the war with Mexico, Robert E. Lee was first posted to San Antonio. The Apache Indian chief, Geronimo, when captured, was sent to Fort Sam Houston. Teddy Roosevelt, when organizing his roughriders, used the Alamo as his headquarters.

John Proctor grew-up in San Antonio when elementary school children made pilgrimages to the Alamo every year to honor the men who died for our freedom. John became convinced that Texas was a special place. There was no other place quite like it. Texas history under six flags was accepted without question.

Recently, however, John realized one of the most significant elements in Texas history was omitted. Why were Americans settlers invited to live in Texas when Texas was claimed by Spain and later Mexico? If Texas were a Spanish province, it would seem that it would have been colonized by Spain. Nevertheless, Americans were invited to come to Texas if they fulfilled two requirements: become Spanish citizens and accept the Catholic faith. The answer to the question was readily found. Texas, at the time, was a wild and dangerous place, principally because the Comanche Indians ruled Texas.

After completing public school education in San Antonio, John Proctor attended the University of Texas at Austin. While at the university, he obtained a BA degree in geology and a BS degree in Petroleum Engineering. He also entered the ROTC program at the university and received a commission as a second lieutenant in the Air Force.