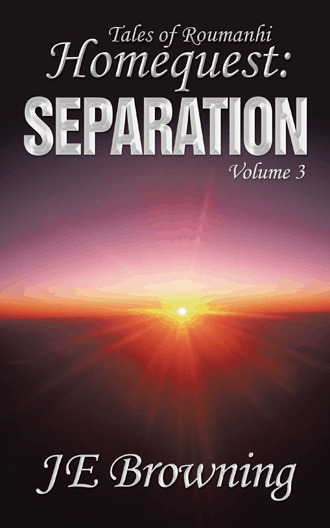 Master Raatian sat with his old webbed hands folded over his robed lap, staring across the expanse of carved stone which separated him from his fragile daughter. His expression was kind but solemn and a carefully hidden anxiety sat behind his steel grey eyes; she remained so pale and the beautiful shimmering colours that should have adorned her face were absent; and she was still too thin. Breeze sat calmly, fixing a positive picture on to her face, determined to let her surety speak for itself.

‘Three turns of the moon, Tialla daughter, has he remained with us and yet shows no sign of improvement. How much longer can you hold him here before you must concede defeat?’
‘There is no defeat to concede,’ she replied stoically. ‘Hollam does not ail and he will regain his sight given time.’ Raatian’s bushy white eyebrows drew downwards and he rubbed his chin. He knew his words could drive a wedge between them.

‘The Amun-Pur does not ail because you sustain him at great cost to yourself, and your friends.’ Breeze sought to interject, but Raatian was not finished. ‘Do not deny it Tialla daughter; I know Azleth and Tanshasta, and even Vaala your mother have aided you in this, and though I do not condemn your efforts, they only serve to delay the inevitable.’
‘There is nothing inevitable about Hollam. He will survive this; he will see again.’ ‘By whose command? He made the choice willingly, with honour and compassion, and knows his own fate. Do not take away such honour by holding him here against his will.’ Breeze looked stricken. ‘I do not force him to remain. He is free to leave if he so chooses. And what is honour if you are dead?’

Raatian heaved a sigh. Her conviction radiated like the sun, but beneath it laid a troubled heart. She knew Hollam was slipping away despite her best efforts and that soon he would wish to return to the land of his birth. She had promised to take him home, to leave him to his fate if indeed his blindness was permanent and his life forfeit, but she simply could not contemplate deserting him in Roumanhi. She dared not admit she would lose the man she loved.

‘My most precious daughter, Hollam stays because he would not hurt you by asking to leave. He struggles to hold his desire inside and has hinted to Briar of his wishes. He is desperate that you should let him go. He knows the effect his failings are having upon you and it is breaking his heart as much as the failure itself.’ Breeze gasped and her defences dropped. Raatian honed in on her, making the most of the rare chance to read her unshielded emotions. The impact made his skin pale and he despaired. ‘Why would he tell Briar instead of talking to me? There are no secrets between us,’ she asked reproachfully.

‘He sought her advice, as he has always done, but I felt it prudent to forewarn you and to allow the word to be yours. You must talk to him Tialla; you must give his will your blessing so that he may leave with some solace in his heart. He has shielded his pain from you with aid from both from myself and Captain Ohriiel, and he has learnt more quickly than I ever imagined. He would make a fine Jaidus and no greater honour, other than your hand, could I reward him with, if such a thing were possible.’ ‘Then if he were to overcome, you would allow the bonding gladly? I thought you still objected.’ ‘Do not grasp at hope little one, but yes, I would have welcomed him into this family openly and with joy, despite his somewhat reckless ways and the breaking of our traditions. Ashathollam Allonas has proven his worth, and his devotion, but alas, he is going to die and there is nothing we can do about it.’ ‘Do not condemn him, father, I beg you. Hollam is strong and he knows I carry a son. He will not give up the chance for a child.’

Raatian leant across the broad expanse of table, his sadness for Breeze splashed across his face. He hated destroying her fragile hopes. ‘Then daughter, if that is truly his strongest desire, and if he believes he will recover, why has he chosen not to bond with you and sire this child; not chosen to end the tortuous wait he has endured? You know the child will survive scant longer if the bond does not occur. He seeks to protect you, to preserve you by ignoring his own heart, and for this I respect him.’

Breeze hung her head, knowing her father spoke the truth. Hollam’s desire for her and for a family was palpable; she could feel longing emanating from him even at a distance, and when they were together it was as if the very air were charged with his yearning and need. She would weep for him; it caused him so much pain. She had not even told Hollam their unborn son was in danger; how could she burden him with such news?

Breeze realised that she had prolonged Hollam’s agony too long. She would have to keep her word and let him go back to the forests and the life he knew and loved, there to waste away as if starved of food. Roumanhis did not survive blindness; they just gave up and died, their spirits broken and their desires quashed. Hollam would push almost everyone and everything away and fade like a sunset until his life was extinguished in a gentle breath. And yet there was no physical reason the Jaidus could find to prevent his eyes from seeing the world. He simply lived in darkness, a terrible sacrifice for the sake of his brother’s speech.

The Faerine had not told Hollam what he must exchange to give Kylian back the power of speech, but still he had chosen to do it. Breeze could not bring herself to believe the Faerine had intended to take Hollam’s life as part of the bargain. Therein lay her strength and conviction. Hollam had fought The Void and triumphed, freeing the Faerines from their imprisonment and freeing the Harouks to people the land once more. He had preserved the world from the evil manifestations of the Krule. He was a hero; a hero condemned to die.
Now Hollam’s frustration was growing and he was intent on challenging himself in reckless pursuits. His latest endeavour was to jump from the cliffs into the deep azure sea, testing his courage and seeking thrills he could not have in other ways. 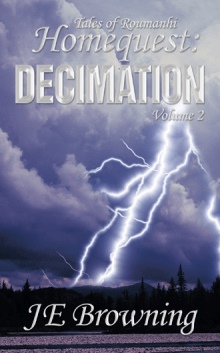 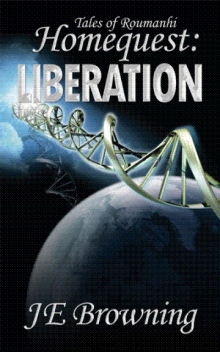 A land in ruins, a trust broken, and a ruler at breaking point in a world where nothing is quite as it seems. All Cail has ever wanted to do was serve his people. Steadfast, honourable, and loyal, he was born to rule, but he has seen his world torn apart and watched others playing the hero while he was doomed to failure. Now the cracks are showing. Fighting to retain his sanity, Cail becomes lost to his people, a lurking shadow, separated from those he loves. Can he ever come back from his despair? Has he gone too far to redeem himself? And will the interference of the mysterious A’eryn hinder all attempts to restore him? Feats of great courage and sacrifice dominate as Cail’s friends try to unravel dark mysteries and save his life. But Cail’s path home is paved with agonising loss, betrayal, and torture soon everything he cares about is put in jeopardy. 1. Homequest: Liberation 2. Homequest: Decimation 3. Homequest: Separation

JE began writing the Tales of Roumanhi, Homequest series in 1992 when living and teaching in Greece. Unable to stop writing, the lives of T’skya, Hollam, Cail, and all the other characters and creatures from Roumanhi and beyond can be explored in Homequest: Separation, the third volume of the Tales of Roumanhi series: Homequest: Liberation Homequest: Decimation Homequest: Separation Following time as a police officer, JE now trains and exercises people to respond to major emergencies, helping keep the public of Wiltshire, England, safe. JE is also a martial arts instructor, keen traveler, scuba diver, nature lover, science fiction/fantasy fan, and artist. For more information about JE and the Tales of Roumanhi series, please see this website: www.homequest-liberation.com.