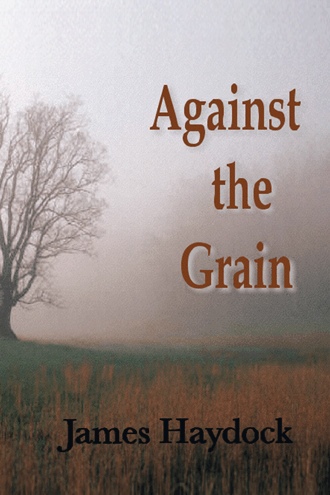 On that third horrendous day Matthew came through without a scratch. Bullets whizzed within inches of his ears but never struck him. One came so close to the back of his neck it tore his collar. Another creased the heel of his boot. Tom was not so lucky. He caught a bullet in the face and spun to the ground, his young blood spurting skyward. “If I don’t make it,” he whispered, “tell my papa I died in the midst of battle doing my job. And tell him this, please . . . dying ain’t so hard.” He was wrong. Dying is hard, especially for the young. Any leaf turning yellow in autumn cries out in silent pleading for sap. Matthew carried his assistant on his left shoulder to the medical tent, stepping over contorted bodies on the scarlet ground but not attempting to duck the bullets. The gray shirt his mother and wife had made for him turned wet and smelly and red. A sharp tang of something monstrous and ugly was in the air. Caustic battlefield smoke, hanging thick and blue-gray like swamp gas in the early morning, burned his nostrils. A cloud of vivid green vapor, its origin unknown, whirled, broke, and vanished. The reek was so strong he found it hard to breathe. Gasping for breath, he found a cot and placed the limp body on it. The boy’s blonde hair, matted with blood, glistened like ripe strawberries in sunlight. A large, black horsefly settled on his forehead and moved down his nose to his lips. Matthew flicked it away. In the heat and rampant confusion, he was not able to learn Tom’s last name. 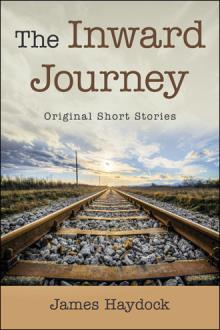 The book dramatizes the plight of abolitionist Quakers living in
eastern North Carolina during the Civil War. As the war rages from
1861 to 1865, both Union and Confederate forces tramp through the
region to destroy whatever they come upon and confiscate, as the
war drags on, anything of value. A Quaker family entrenched in
rural tradition and a faith emphasizing peace quietly resists the brutality
of war but is made to suffer. As Southerners, Union soldiers see them
as the enemy. As abolitionists going against the grain of Southern
culture, Confederate soldiers despise and harass them. When they
refuse to pay the exemption tax, their men are required to go into the
army. Refusing to bear arms, their mettle is severely tested at Gettysburg
and Petersburg. The book is about courage and endurance in the maw
of adversity. It is closely based on historical fact, Confederate records,
and Quaker tradition.

James Haydock was born and educated in the South and now lives in Wisconsin. For thirty years he taught English and American literature in university classes, specializing in the Victorian era and writing about it. His latest publication before the current book is "Beacon's River," a novel based on the life of George Gissing. "Against the Grain" is Haydock's third novel.