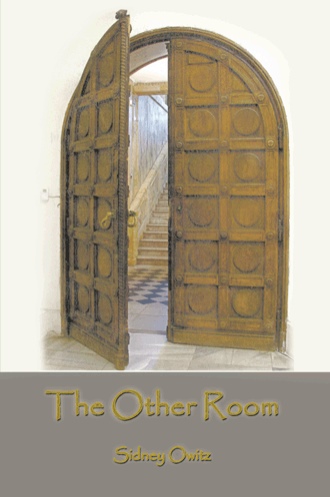 THE LIFE OF A TSOTSIE

Sophiatown is a city within a city. The people of the outer city, which is Johanesburg, were ashamed of the inner city. Visitors, when shown around Johanesburg with pride, were never taken to Sophiatown. It was an embarrassment. Actually, going there was tantamount to risking your life. Yes, it was a dangerous place - robberies, muggings, rape and murders were a part of everyday life. In fact, most Johannesburg citizens never went to Sophiatown; it was regarded as a void in their city, an unfortunate atrocity. It was a festering sore that could not be healed. It should be dismantled, they said, and the inhabitants sent away. This blight of the city - like Alexandra Township, another enclave of the black population amid a sea of white faces all around them - was the home of a portion of the city’s labor force. Johannesburg was a city inhabited by Europeans [the colloquial term referring to all white people]. The bulk of the black population, however, lived on the outskirts of the city in townships collectively known as Soweto [South-west Townships]. The working class people from the townships were bussed to and from the city daily for the purpose of work; these folk constituted the major portion of the labor force of the city. It was almost impossible to earn a living within the townships of Johannesburg as there were almost no industrial plants or manufacturing businesses there. Only a few store-keepers selling essential groceries existed in those areas. Everyone else worked in the city in businesses or industry or in private dwellings.

Esrom was born in Sophiatown. He grew up there, and seldom had any contact with any white people. He roamed the streets of this urban ghetto which the whites had been considering for some time to convert into an industrial complex and transplanting its inhabitants to the Soweto area. It was all a part of a larger plan to keep the city white. The administration wanted to remove black islands like Sophiatown from the jewel that was Johannesburg. With all the blacks herded together in one large district out there in Soweto it would be easier to control and safer for the city. Security for the whites against any possible future attack from within was always a consideration.

Esrom never knew who his father was. Nor was his mother, Francina, sure which one of many men could have sired him. She had five other children, and did a fairly good job rearing them with the means at her disposal. Francina worked in a grocery store on the corner, and usually earned almost enough to pay the rent and feed her family. What she could not afford to buy she was able to steal from the store. She had already been arrested for petty thefts involving other stores, and spent short periods in jail during which time her children were taken care of by neighbors. Subsequently she learned the art of brewing strange alcoholic concoctions at the back of her house in order to help make ends meet. She served ‘skokiaan’ [an illegal brew] in her home, and became famous as the local shebeen queen. Her home became a hive of activity for the neighborhood, a place to spend the night away from home in gay abandon. Frequently riots broke out at her house when drunken customers fought and stabbed each other on Saturday nights. The police were called out, arrests were made and the injured were removed to Baragwanath Hospital. Francina spent more time in jail for the sale of illegal liquor. Thanks to the neighbors Esrom and his brothers were not entirely neglected. There is a camaraderie amongst felons.

Despite living a precarious sort of existence the children survived – or perhaps because of this type of existence they learned how to survive. At an early age Esrom and his brothers found themselves as members of a gang. There were many gangs from which to choose, and these groups became very competitive with each other. Membership was at a premium, and these gangs often fought with one another, meting out and sustaining casualties. This was like war. They ran around the streets without shoes, even in winter; they were scantily clad and they each carried a knife in their pockets. They invaded the white areas of the adjacent suburbs prepared to practice the art of robbery and self-protection that they had learnt on their local streets. They stole fruit and candies from the street vendors. They entered stores in large groups, bamboozling the store owner, asking to see different articles, and in the confusion some of them were able to pilfer and walk out with a few items, which they later sold on the streets at competitive prices. As their hunting grounds expanded beyond Sophiatown and its environs they created fear among the white citizens who demanded increased police protection. With the growing number of cases of robberies, rapes and petty crime the clamor for the removal of Sophiatown from their midst became even more urgent.

Portraits in a Gallery
Sidney Owitz
$19.49

“The Other Room” is a sequel to “Portraits in a Gallery” where the stories of a number of portraits hanging on the walls in a gallery were discussed. This is not unlike “Pictures at an Exhibition”, a collection of descriptive musical pieces by Modest Moussorgsky on viewing his friend’s art works at an exhibition. “The Other Room” is the adjacent room to the main gallery where further portraits are being displayed. Each portrait is given a life of its own. It is hoped that for those who cannot see the actual portraits the description of the subjects will be even more complete than the viewing of them.

Sidney Owitz was born in , where he received his education. He graduated as a physician at the . Having practiced Medicine there for many years he re-located to the , where he became an anaesthesiologist. He is married, has four children and five grandchildren, and now lives in with his family.