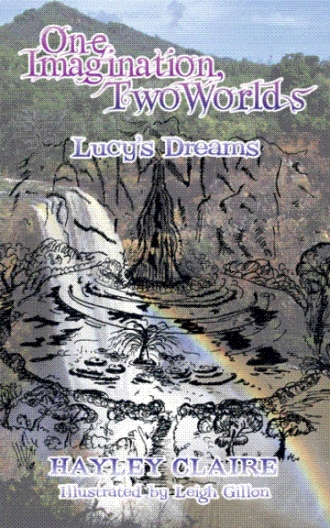 Robert and Lucy had missed each other so much. As they spoke, Robert discovered that Lucy had woken up from the coma when she was twelve, which was nearly five years ago. For five years Lucy had been wondering when she would see her Robert again, but those five years felt more like ten. It was much longer for Robert though, as he had thought about Lucy for the three years she was in the coma and the five years she had been awake—and eight years is a long time to yearn for someone. Had Lucy been thinking of Robert when she was asleep? Had it been just as long for her? Lucy was living in France, and Robert was living in England; it wouldn’t be possible for them to see each other regularly, and so they both promised to keep in touch until they started at the college where they had just won their places. Robert explained to Lucy that he had lost their special pen after Lucy had her accident. Lucy was disappointed to hear that but relieved she hadn’t imagined or dreamt about the magical world. Their good-bye was quite emotional, as they both knew that they wouldn’t see each other for a while. As Lucy watched Robert walk away with his parents, her stomach was in knots. What is this? She thought. Are we in love? And is it possible to be in love at sixteen? It didn’t feel good to be watching him walk away; she wanted to run after him and take one last look at his eyes, his smile, and his adorable dimples, but instead, she just watched him go. Just before he went out of sight, she thought to herself, Turn around. And he did—he looked at her as if he had been thinking exactly the same thing. Then out of sight. Robert was gone, but never out of her mind. The first time that they spoke on the phone, they chatted about the swim challenge and how they both won. It felt strange to be talking on the phone after all those years of yearning for one another; all they wanted was to be close to each other, not what seemed like a million miles away. Weeks passed, and Robert and Lucy both sat their final exams. They also both turned seventeen. They phoned each other every day and phone bills for both of their parents soared through the roof. About halfway through the summer holidays, a couple of weeks before they were due to start college, Robert’s mum decided late on a Friday evening to go up in the loft to look for the suitcases that Robert would need for college. Whilst she was up in the loft, she called to Robert, ‘You’re never going to guess what I’ve found, son.’ Robert was intrigued and came to the bottom of the loft hatch, to see what his mum had found. It was the box his great-granddad had left him; it was the box that contained the magical pen and journal. Robert phoned Lucy straight away to tell her, and although both Robert and Lucy were hesitant at first, they decided Robert should draw with his pen that night. They were both very nervous; they were both older now. Was the magic real? Or a childhood dream? They both were very excited about finding the pen, but they had their doubts—the kind of doubts that come with age. They thought, Would it work? And if it did, would it be the same after all these years? So Robert went into his bedroom and closed the door behind him. He placed the box on his desk and sat looking at it. 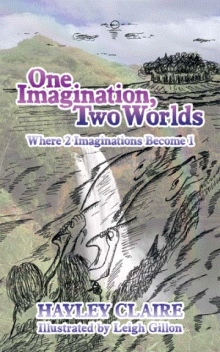 Hayley Claire once again has cleverly managed to infuse fantasy, fact, dreams, and reality to create another explosive story.

The first book was a beautiful introductory taste; the sequel will reveal a spectacular main course.

This story is a fantasy tale about two teenagers named Lucy and Robert, who have a special gift, and with a little imagination and belief, it takes them to a wonderful world full of magic.

When Robert and Lucy are reunited as teenagers, a whole new world opens up for them. Robert and Lucy are faced with challenging times and difficult decisions have to be made. Life offers them different paths to take and choosing which paths to follow will affect the rest of their lives.

You are invited to travel with Robert and Lucy on a journey to share their adventures, laughter, tears, and romance.

The key message in this story is no matter how your life unveils itself, the key to true happiness is to always stay positive and always believe in your dreams.

Hayley Claire believes that as a society we are heavily influenced by technology, so it is more important now than ever, that we are provided with a variety of high quality books to read.

Through this story, the author aims to encourage people to believe in their dreams and believe that anything is achievable if we have that one essential ingredient --a positive attitude. It is this attitude that has helped Hayley Claire achieve her dreams, enjoy life, and be thankful for every day that she has the pleasure of experiencing the magic of life. Always believing that any bad situation can be turned into something good is a quality of hers that her mother taught her in her childhood years that has helped her cope with a multitude of problems. Problems that Hayley Claire sees as not the problems of her life but as building blocks to shape her future, a future that Hayley Claire looks forward to everyday, no matter what the day brings.

All poems are written by the author and have personal sentiment, they are just a few from her collection of poetry, which has been something she has enjoyed doing since she was a young child.